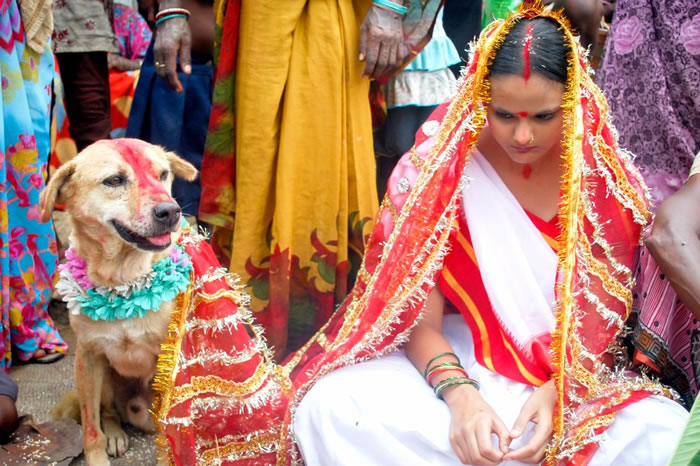 An Indian girl has just married a dog in India after her village elders insisted it was necessary to remove a curse that was effecting the village.

The entire village in the remote Jharkhand state were present to witness the bizarre wedding. 18-year-old Mangli Munda wore a traditional wedding attire and her canine groom was chauffeured to the event.

According the village elders, Mangli was plagued with a bad luck curse and it was starting to have a negative impact on the village. They claimed the only way to remove the spell was to marry a dog and pass the curse on to the poor mutt. The father picked out a a stray canine named Sheru and the wedding was arranged. 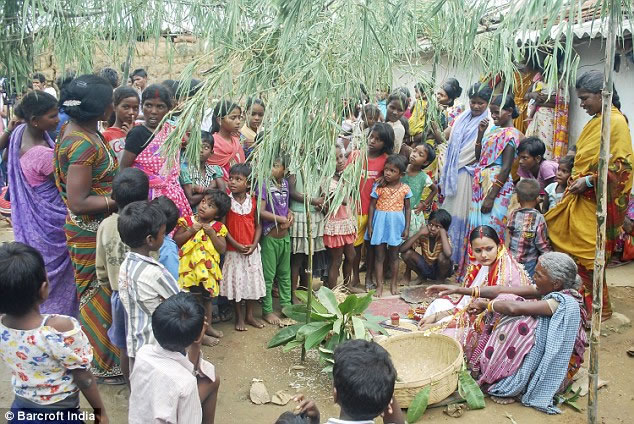 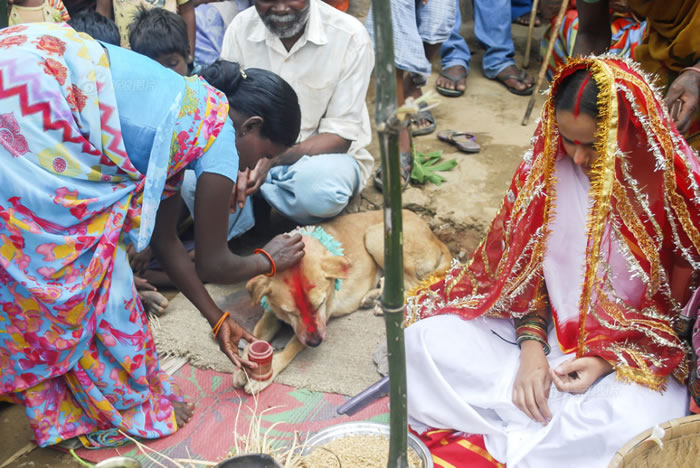 Despite Mangli not liking the idea of marrying a dog she still went through with the event. “I am marrying a dog because the village elders believe that my evil spell will be passed on to the dog,” she explained. “After that is done, the man I will marry will have a long life.”

Whether or not the happy couple went on a honeymoon or slept together is unclear but after such a busy day the groom looked dog tired.

Watch the video below to see a news report on the event.

Give us your thoughts in the comments below. 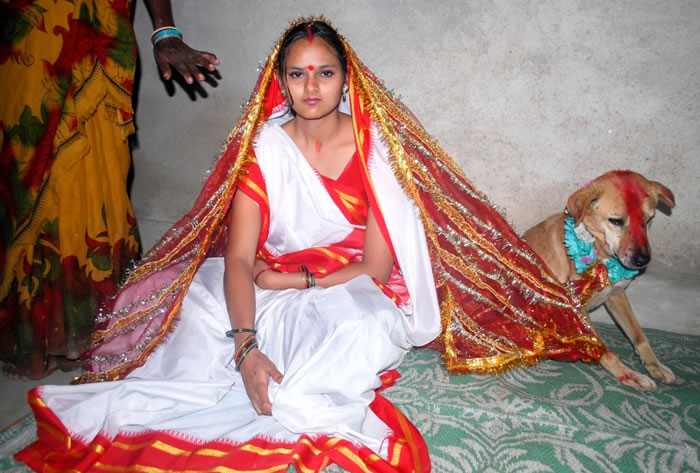