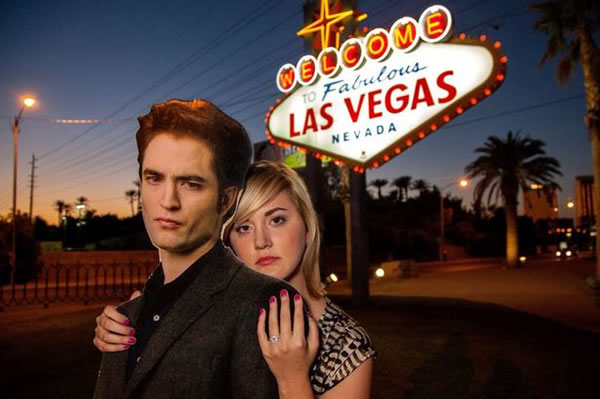 In a story that seems to crazy to be real, 25-year-old Lauren Adkins has married a life size cardboard cut out of Robert Pattinson in Las Vegas. But it’s not the actor she is in love with, it’s the vampire Edward Cullen from the Twilight saga.

Lauren who is from Las Vegas has lived in a fairy-tale world since she was a little girl and after numerous unsuccessful dates she accepted the fact she will never meet her prince charming but then she watched twilight and it was love at first sight.

Realizing she will never get her hands on the real Robert Pattinson Lauren bought a life size cardboard cut of the actor for 20 dollars and the relationship started. 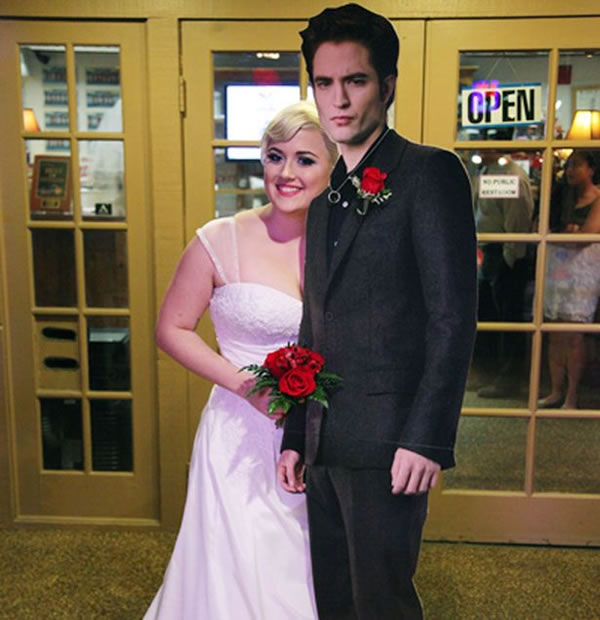 Lauren dated the cut-out for several months before a friend jokingly suggested she should marry it, Lauren loved the idea and decided to go ahead the wedding.

The Viva Las Vegas Wedding Chapel agreed to hold the ceremony but it wasn’t just a simple event, Lauren went all out with a hen party, a beautiful wedding gown, an engagement ring, and invited 50 guests.

After the wedding Lauren held a reception at an art gallery, there was champagne a five-tier cake and then a honeymoon in Los Angeles. Of course they could only go out at night because Edward can’t be out in the sun.

Lauren had this to say “People think I’m crazy but my flat-pack R-Patz is the closest I’ll get to the real thing and he’s the one for me, I’m sure we’re happier than most newlyweds”. 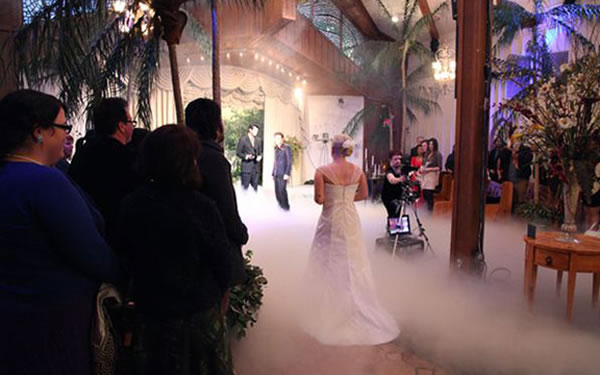 Do you think Lauren is crazy?

Related Stories You may Like:
– Indian Girl Marries Dog After Village Demand It
– 12 Most Outrageous Dresses Worn By Lady Gaga In Public
– 28 Most Funniest Eyebrow Fails Ever
– 27 Hilarious Kids With The Most Ridiculous Hair Styling