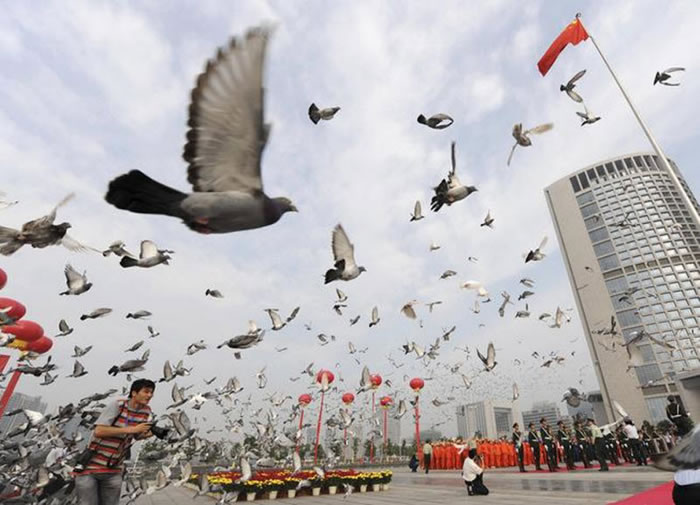 This may sound like a joke but it is actually true. In preparation for the country’s National Day celebrations, Chinese officials had to inspect 10’000 pigeon anuses.

As part of the 65th anniversary celebrations of the founding of the People’s Republic of China, 10’000 pigeons were to be released in Tiananmen square. But the government were scared of possible attacks so demanded the pigeons be carefully examined for explosives by Chinese officials.

The wings, legs and anus of each pigeon were examined carefully by the Chinese officials with the entire process being recorded. Not sure who would like to watch pigeon bums being checked but it was for security reasons.

Tweets of sarcasm has been circulating the internet because the people of China see in the pigeon body searches their own plight in what they consider an oppressive society with tight surveillance, censorship and judicial injustice.

Not sure who I feel more sorry for, the pigeons or the guy who had to check each anus.

More Related Stories You May Find Interesting:
– 20 Crazy Facts You Never Knew About China
– How Do They Make Buddha Shaped Pears In China?
– China Mountain Glass Walkway – Are You Brave Enough To Walk It?
– Chinese Man Builds Giant Space Shuttle Replica On His House Roof