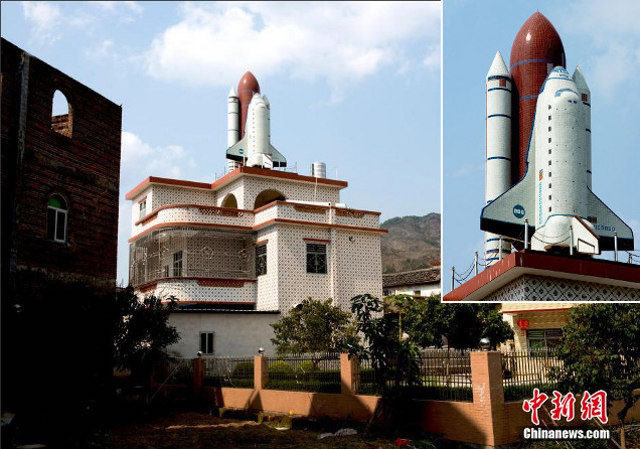 A farmer from China has built an incredible realistic space shuttle replica on the roof of his house. It was his dream to become an astronaut but as his dream dream didn’t come true he tried something a little different.

We’ve heard so many stories about the Chinese building temples, mountain villas and even entire farms on their rooftops that we’ve honestly lost count. And now we have a new one for you – a crazy man in Guangdong province who put a replica of a spacecraft on the roof of his home.

63-year-old Meng Ni had dreamed of becoming an astronaut ever since he was a little kid. But growing up in the remote village of Xiapu, Jiexi County, he realized early-on that there was little hope of his dream coming true. So he quickly decided to follow in his family’s footsteps and take up farming. Eventually, his farmlands grew in size and he sold them to the government for a small fortune. 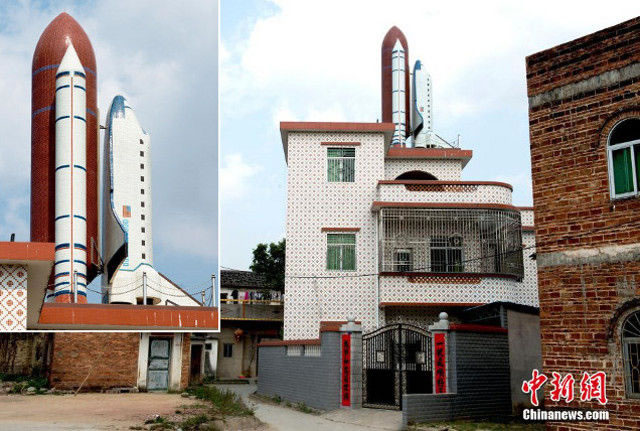 But over the years, Meng never gave up on his dream. After considerable success as a businessman, he decided sell a part of his estate to build a life-size replica of a space shuttle on his roof. Although the structure does not have the NASA logo, it does carry an American flag on the side for an authentic appearance. And it’s possible to enter the craft as well; it offers a breathtaking view of the surrounding countryside.

It appears that Meng has pulled all the stops in building the spacecraft. He’s even made arrangements to ensure that his efforts are noticed in the dark – by installing an expensive spotlight network that illuminates the spacecraft at night. That must definitely be a sight to behold! 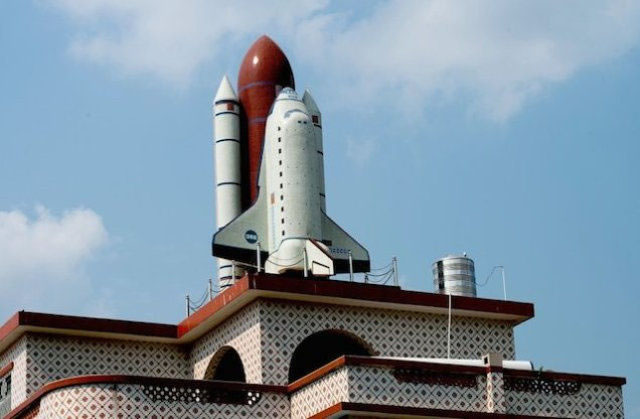