12 Crazy Photos Of Animals In Transport

You won’t believe how these animals are being transported in these crazy photos. 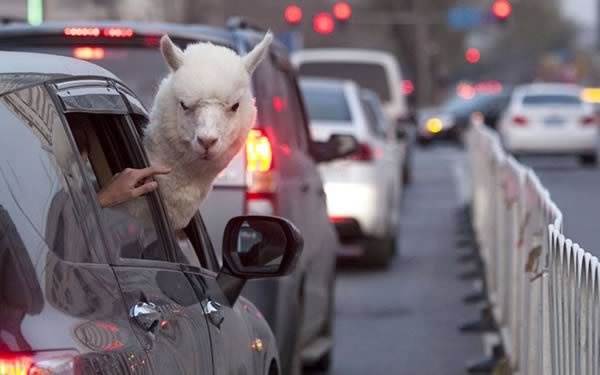 A white alpaca pokes his head and surprises other motorists stuck in a traffic jam in Changchun, China. The five-year-old camelid was on his way to a bar for a publicity stunt.

You Need A Bigger Truck 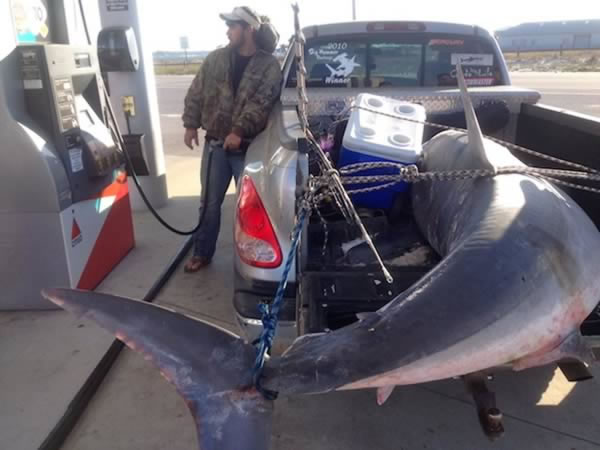 Imagine pulling into a gas station and seeing this!! This is exactly what happened in a gas station near Pensacola Beach, Florida. This picture went viral within days. 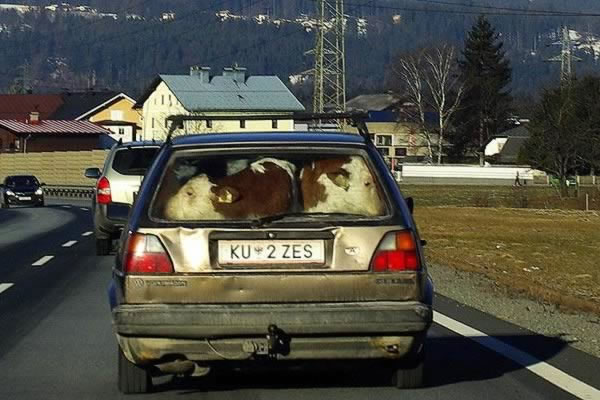 Drivers on an Austrian expressway were shocked to see a Volkswagen Golf with two calves on the backseat. Just hope the calves never dropped a cowpat while in transit, especially as their rears are facing the driver.

Hope He Has His Seat belt On 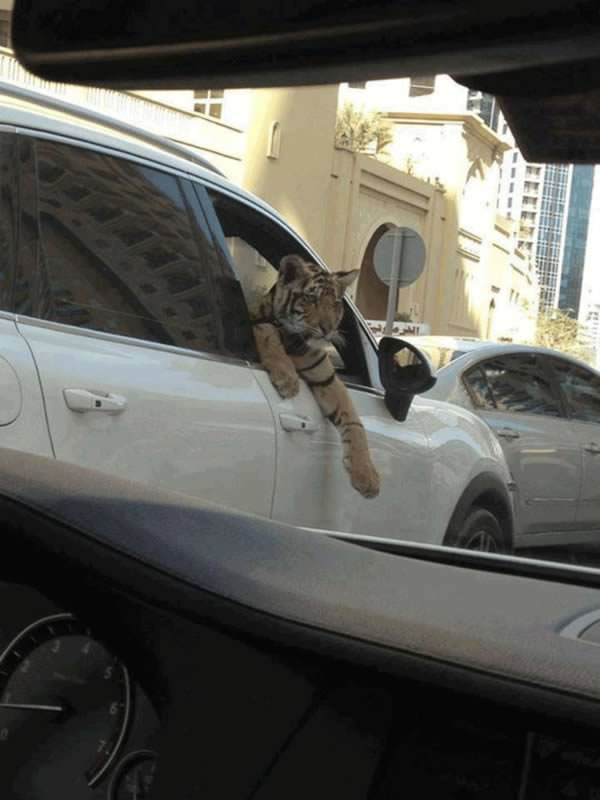 This picture of a tiger taking a drive in the Marina Promenade area of Dubai created a stir on the social media sites. Some claimed it was a stuffed teddy while others insisted it was real.

Is That A Giant Nodding Cat? 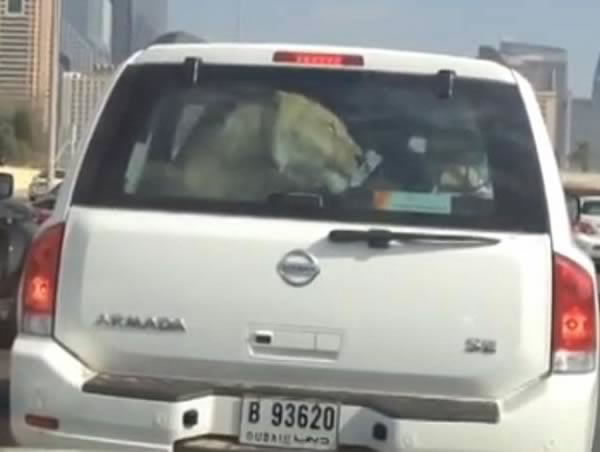 Another big cat spotted in Dubai was this lion purring in the back of a Nissan Armada. 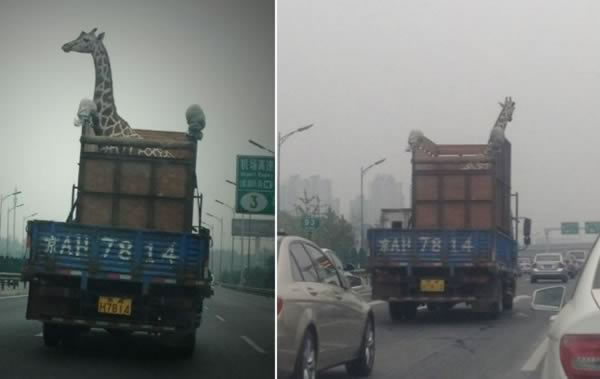 Giraffes on highways are very rare in China so when this one was spotted on the northern fifth ring road in Beijing it created a frenzy.

Yep, This Is How They Transport Rhinos 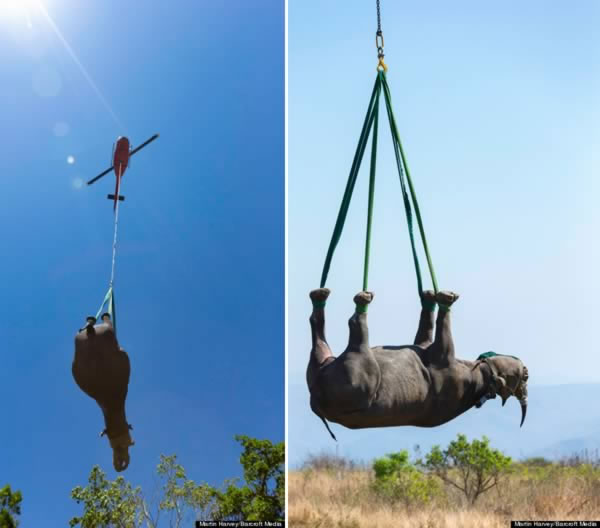 Even though you maybe shocked to see this, it is how rare black rhinos are transported. Apparently, it is considered safer for the rhino as the animal spends less time under anesthesia than it would in transport on the road.

Something Fishy Going On Here 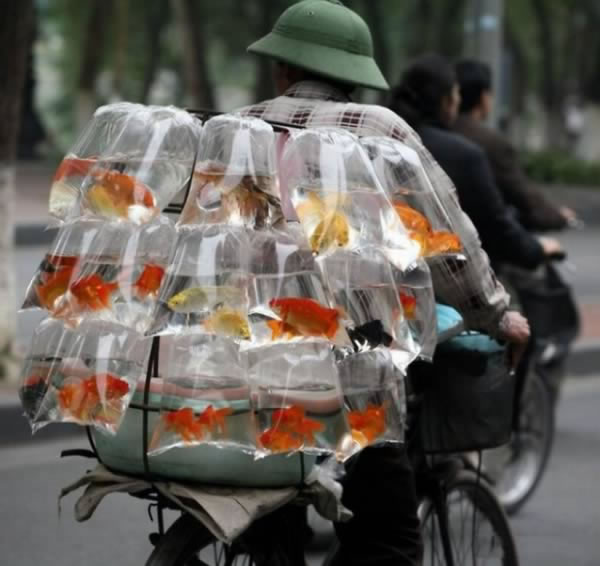 This goldfish carrier was spotted on the streets of Tokyo. 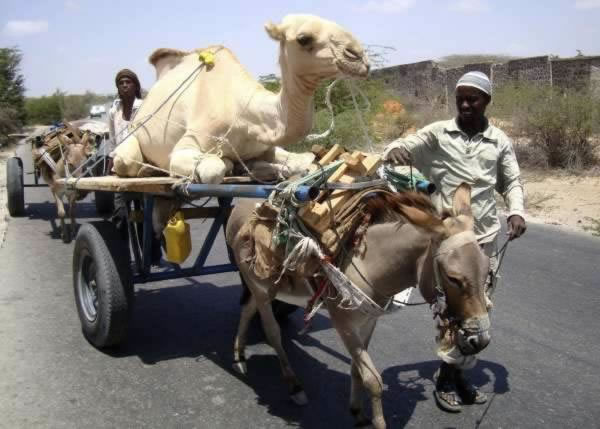 This donkey looks a little humiliated at carrying a camel.

Can You Spot The Three Kids? 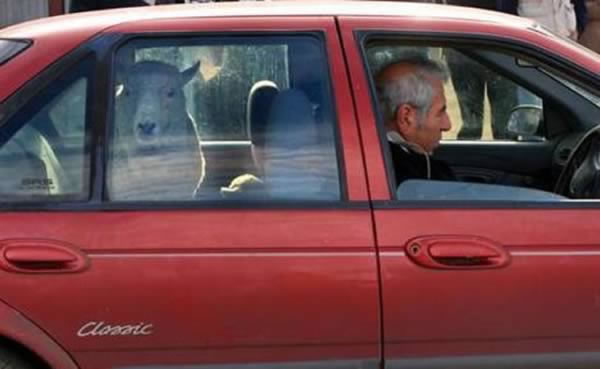 This man was pulled over in Melbourne, Australia while transporting a live sheep in a Ford Falcon sedan along with his kids. Can you spot his three children in the car? We can’t. 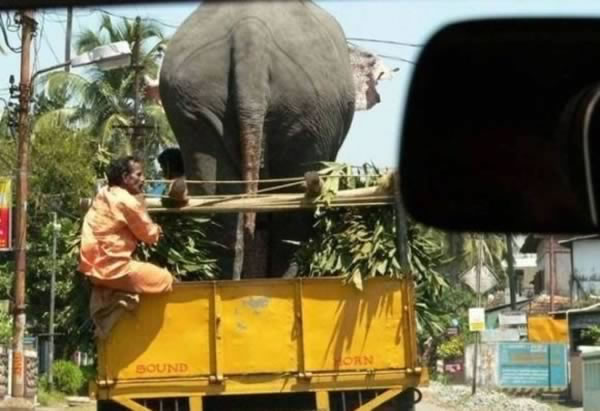 You would never find any of us sitting that close to an elephant’s rear.

How To Talk Your Owner For A Walk 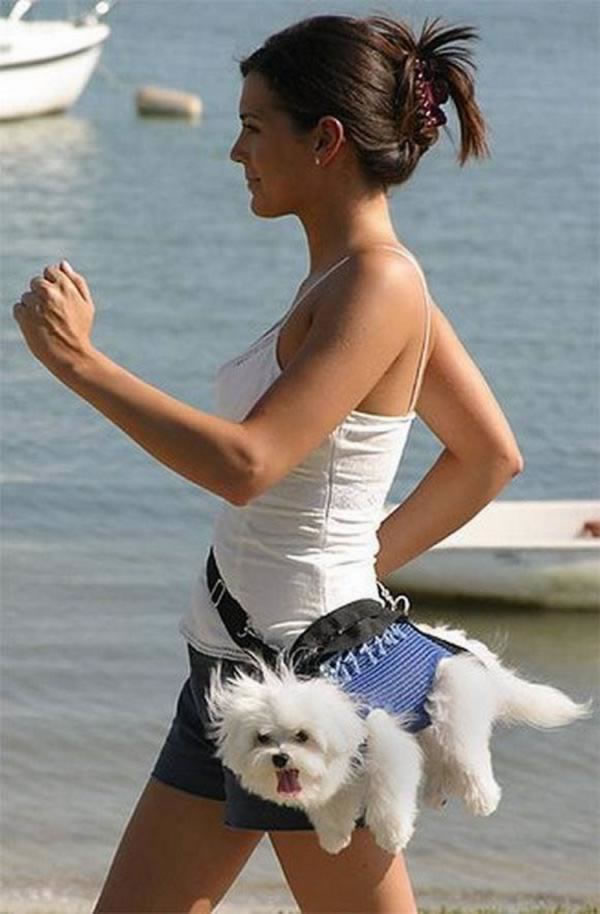 Is the coolest way to carry your dog around or the laziest dog walking ever?