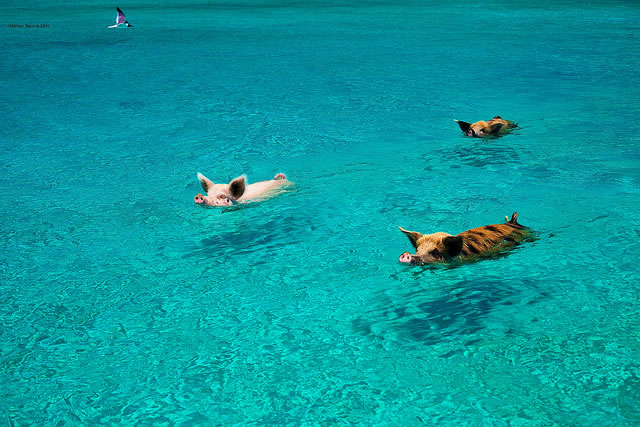 There are many beautiful Bahamas vacation spots which most people dream of visiting and one of these stunning islands has a population that surprises most – swimming pigs.

The Bahamas consists of almost four hundred small islands, positioned along 250 miles of the Atlantic Ocean north of Cuba. Many of the islands are uninhabited. Yet one of them, Big Major Cay is home to pigs that love swimming in the crystal clear waters. 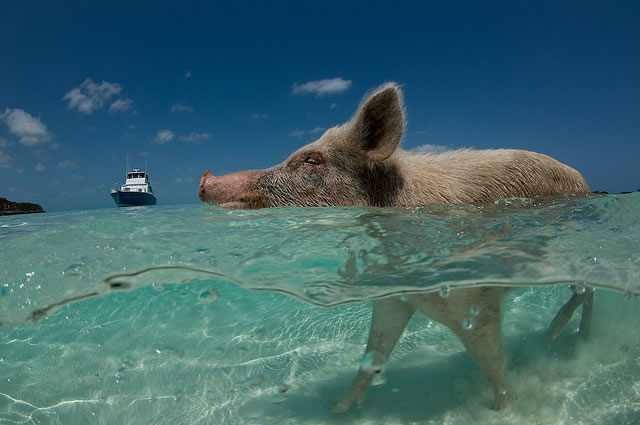 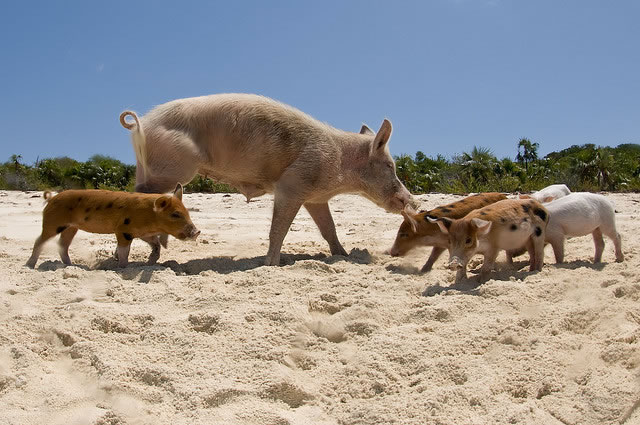 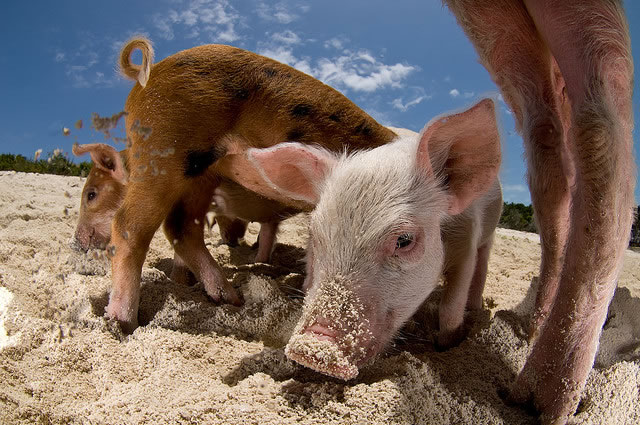 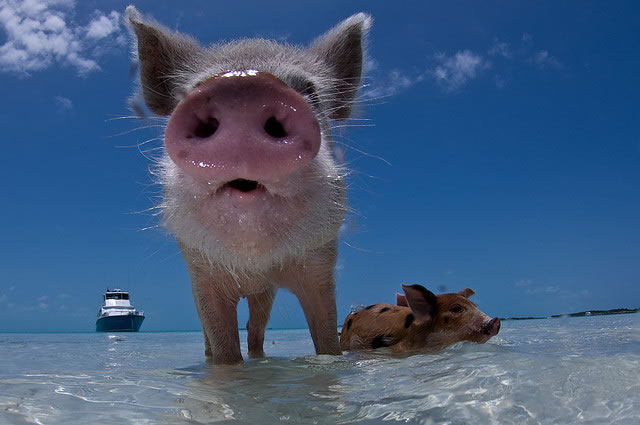 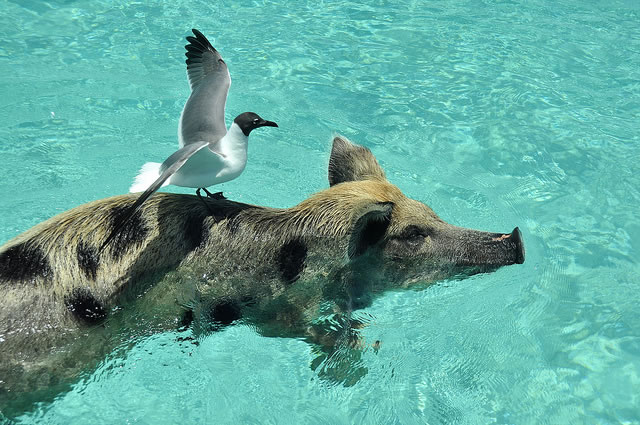 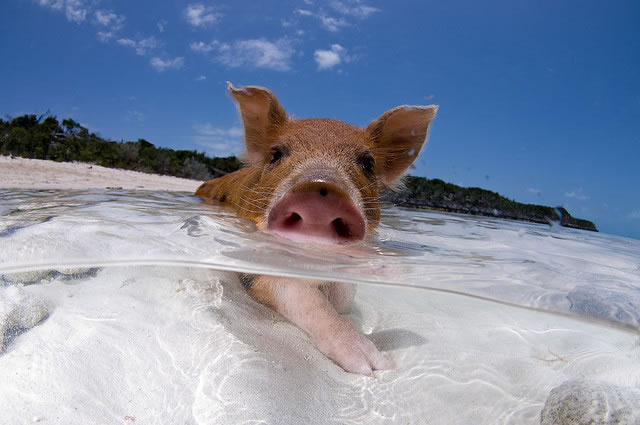 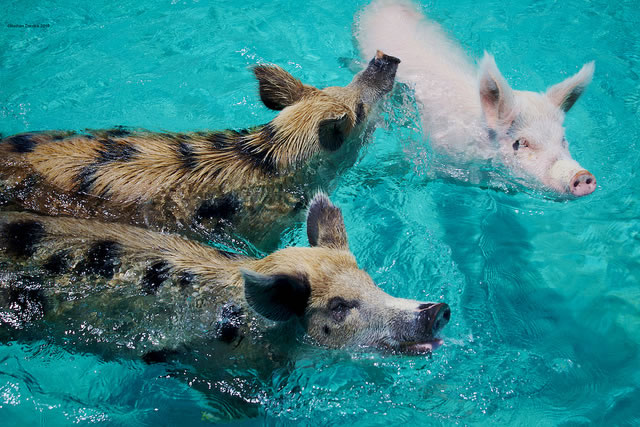 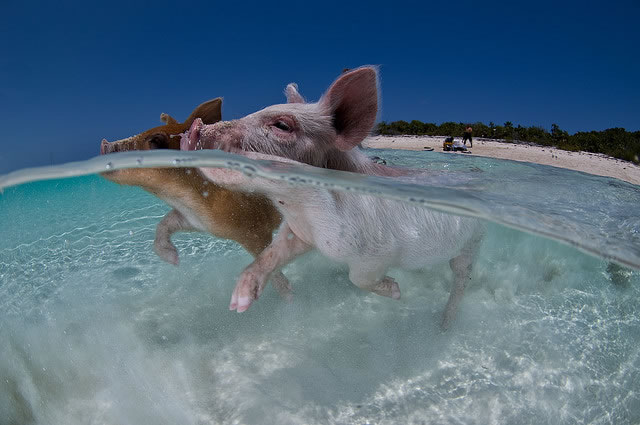 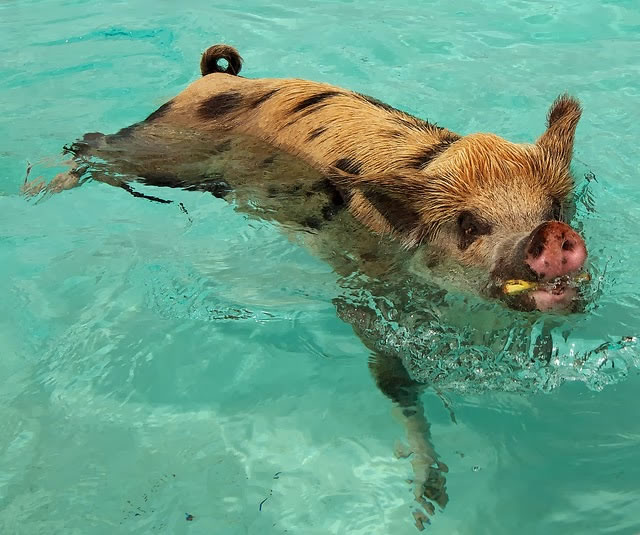 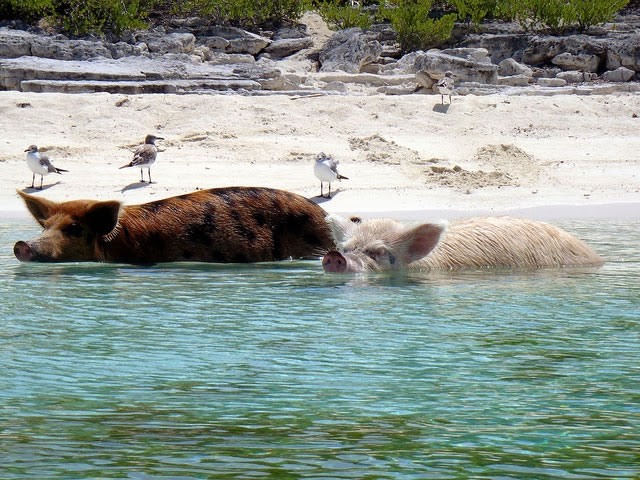 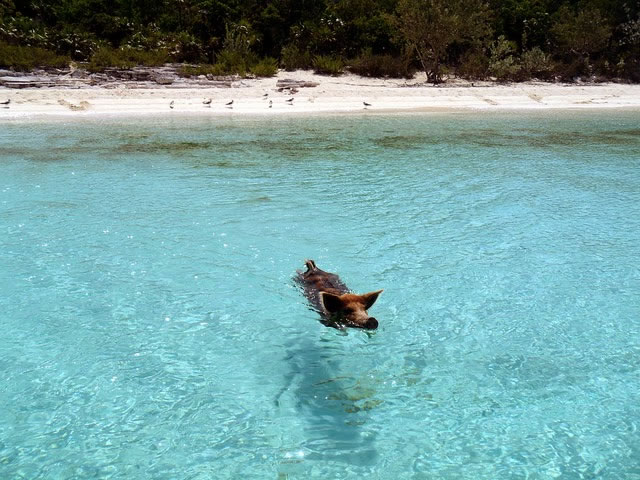 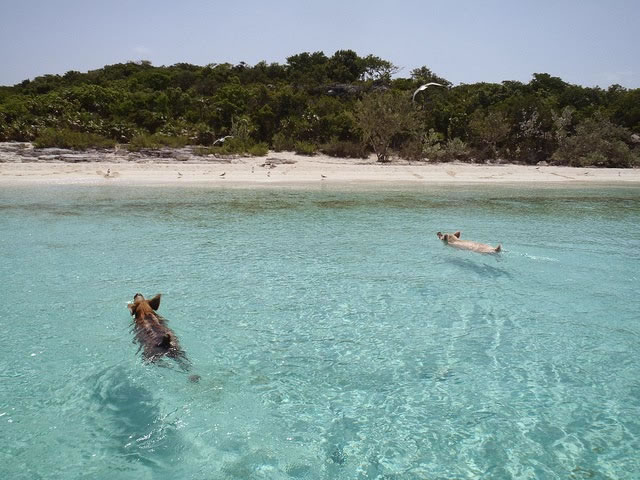 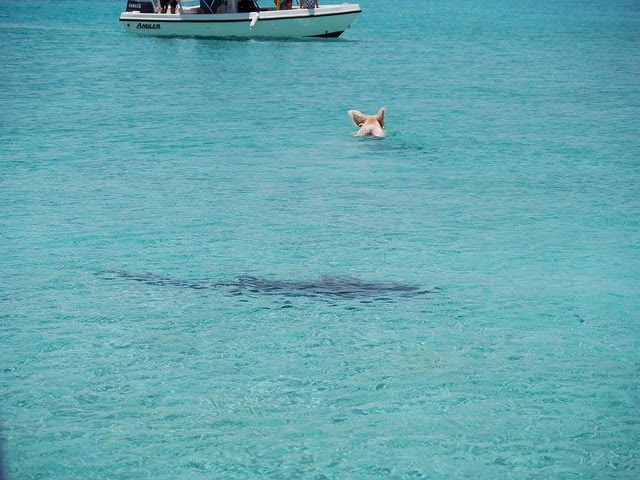 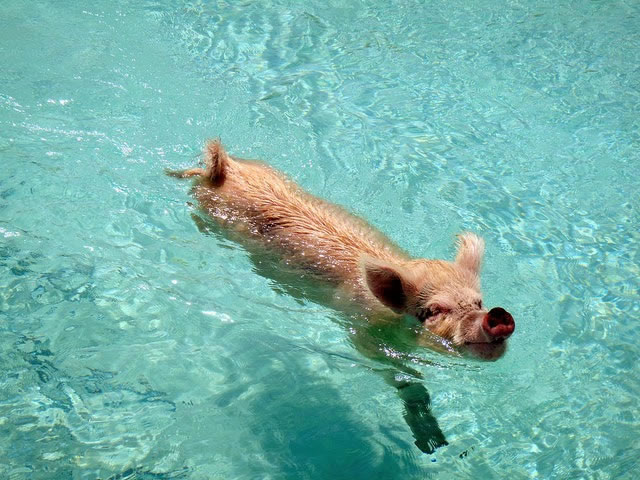 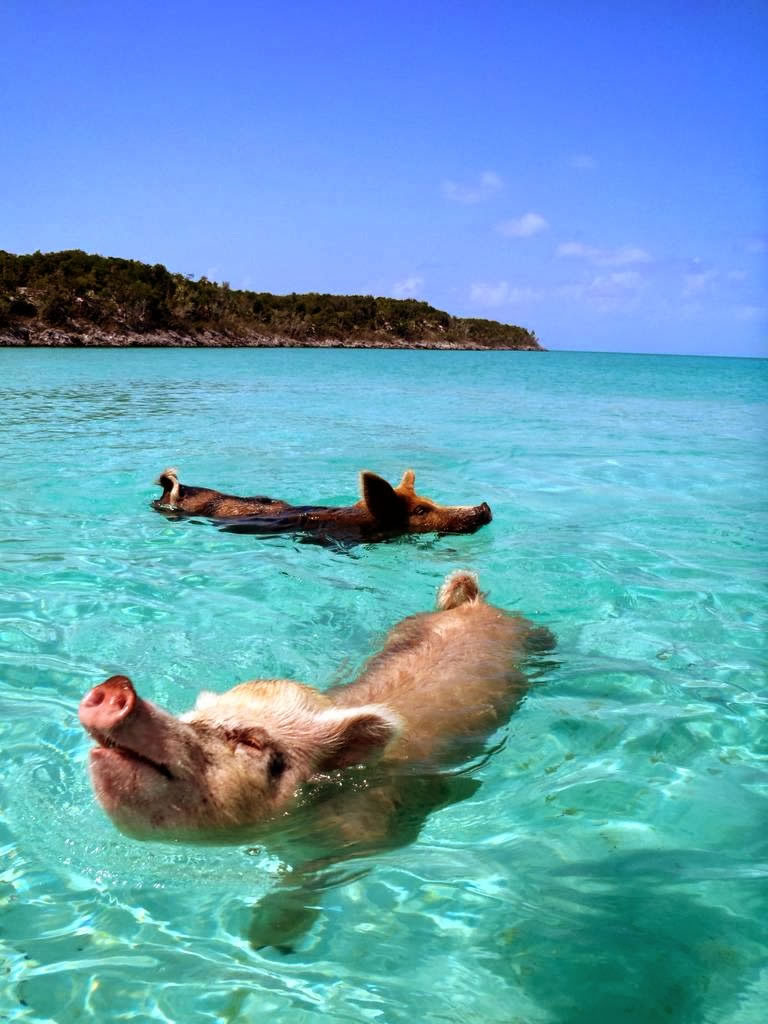 Many people dream of staying at one of the stunning Bahamas vacation spots as their ultimate holiday destination. For these lucky pigs, however, what was probably intended only as a brief prelude to their place on the dinner table has become a life of lazy leisure. When they are not enjoying the beach they take to the water to retrieve food thrown from passing yachts. They may not qualify for the next Olympic games but they know how to do a rather graceful piggy paddle.

There is no record of how or when the pigs got to Big Major Cay (or Pig Beach as the locals call it) – but they have made themselves very much at home there. Reasons for their presence on the sun-drenched island abounds. The first is that they were put there by some sensible sailors who thought that they would make a great source of fresh meat. Yet if the sailors ever returned they were unable to catch the pigs!

Another, more dramatic, legend has the pigs as the sole survivors of a shipwreck who somehow managed to make is ashore, there to found their own porcine colony, a kind of Pig Family Robinson. The truth is quite possibly that they are escapees from pens on one of the nearby islands and managed to get to their safe haven through sheer swinish stubbornness. It is unlikely that the real explanation will ever be fully divined, though the pigs have now become something of a tourist attraction in their own right.

The pigs were rediscovered a few years ago by a passing yacht and their story soon spread around the islands. Soon, boats were heading for Big Major Cay to catch a glimpse of the new denizens of the unpeopled island. Binoculars were not, however, necessary. These pigs are not shy of people – and show great interest in the arrival of the yachts. However, it is not a curiosity of visitors that brings the pigs paddling in to the clear blue waters of Big Majar Cay: it is the food that is brought along.

It seems they are not quite as content foraging on the forest floor of their new home for berries and roots. These pigs have acquired an appetite for the more exciting fare brought along by their guests. They are not the only ones who have worked out that visitors equal food – notice the gray shape in the water (first of two above)? Correct, that’s a shark!

Yet these pigs are clever. They have calculated which time the boats are most likely to arrive at the island and await them patiently on the beach each day. After all, they can always catch a few rays while they are waiting.

OTHER RELATED POSTS YOU MAY LIKE:
– 20 Most Beautiful Swimming pools To Swim In Before You Die
– 10 Weird And Wonderful Beaches You Must Visit Before You Die