MasterCard Reveals Top 10 Most Popular Cities In The World

MasterCard recently published their list of the most popular cities visited in the world and the results are quite surprising. Bangkok managed to take the top spot for the first time with London coming in second. Read on to discover the cities that made it into the Mastercard top 10 list. 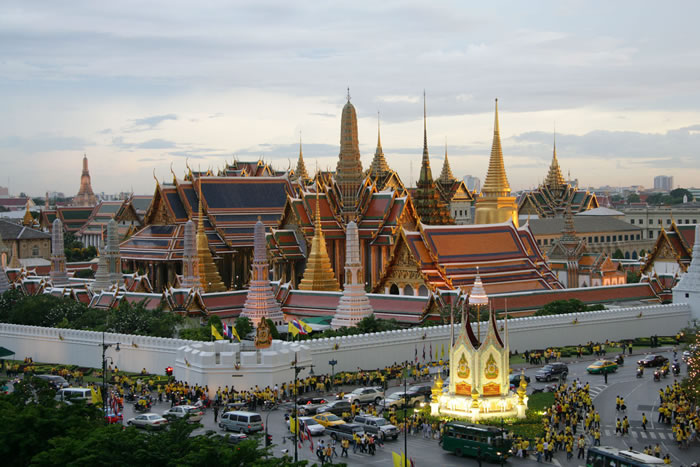 The Thai capital is predicted to welcome close to 16 million visitors during 2013, a figure that is comprised mostly of people from other Asian nations – but also including millions of tourists and business people from further afield.

Dr Yuwa Hedrick-Wong, author of the MasterCard list, explained: “It’s not just about the sex industry. Bangkok is a major entertainment city with its night markets, cheap shopping and good food. There are also a lot of businesses relocating to Bangkok.”

Top attractions in Bangkok – traditional floating markets, the famous Khao San Road and an array of stunning temples – including the famous Wat Arun (Temple of Dawn). 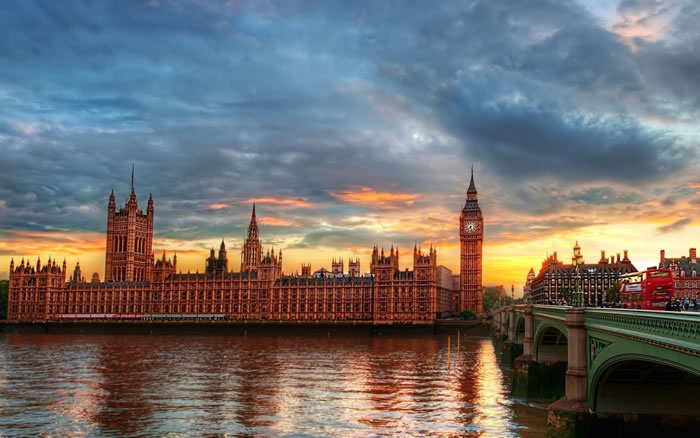 With 25,000 fewer visitors predicted for 2013 than Bangkok, old London town only narrowly missed out on the gold medal position – despite the boost it received from hosting the Olympics last year.

The combination of its status as the world’s leading financial centre, hundreds of years of history and a selection of world-class tourist attractions ensures that visitors keep coming back for more.

Top attractions in London – The British Museum, the London Eye, Maritime Greenwich and the Tower of London are some of the biggest mainstream attractions – but many young visitors are just as keen to check out Camden Town or trendy east London. 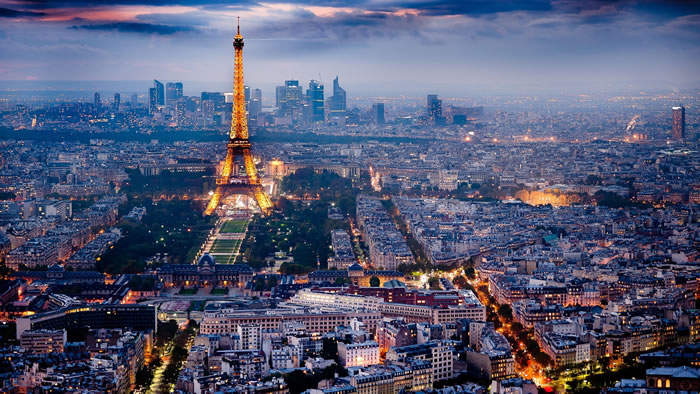 The French capital, Paris is similar to London in size and population, but markedly different in the way it has developed over the centuries.

The center of the city is governed by much stricter planning laws, leading to an attractive but quite uniform appearance – with wide boulevards and neo-classical facades built in the mid-19th century under Napoleon III.

Top attractions in Paris – The Eiffel Tower, Notre Dame, the Louvre and the Champs-Elysees. The city’s name is still synonymous with romance (and perhaps a bit of oh là là if you’re lucky). 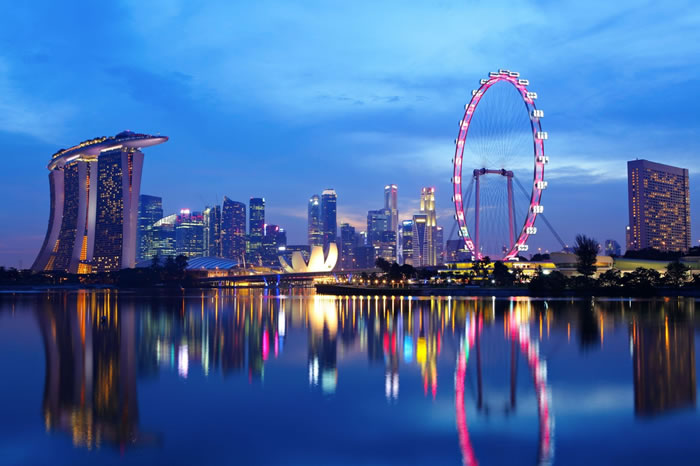 Asia’s second-highest entry on the Mastercard list is the city Singapore which is part of a collection of 63 islands off the southern tip of the Malay peninsula, which has been an important trading location for centuries.

And, while its status as the world’s fourth-biggest financial center brings many for work, it also has a host of tourist attractions, which are bringing in more and more leisure visitors each year.

Top attractions in Singapore – Casino-based resorts, the stunning Gardens by the Bay with its illuminated displays, the shoppers’ delights of Orchard Road and the Singapore Flyer which has the world’s biggest observation wheel. 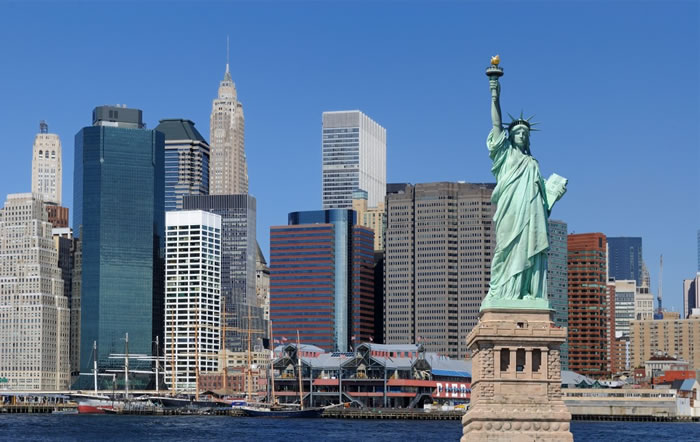 At number 5 of the MasterCard list is New York. Not only is it the second-biggest global financial center and by far the biggest city in the US, but the Big Apple also possesses arguably the world’s most iconic skyline thanks to its instantly recognizable skyscrapers.

Walk around the streets of Manhattan or visit Central Park for the first time and you may get a strange feeling of déjà vu – because you’ve seen your surroundings so many times before on the big and small screens.

And while it’s not cheap to stay or eat out in NYC, the city tops the MasterCard table for highest overnight spend. 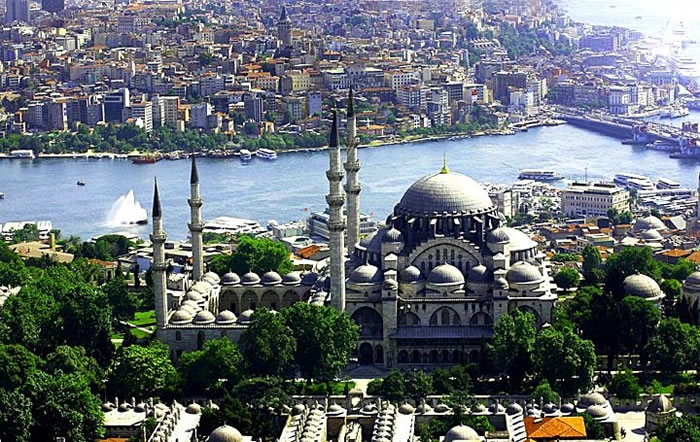 Turkey’s (and Europe’s) largest city is home to 13.9 million people – and almost as many again come to do business or take in the atmosphere of this 2,600-year-old settlement on the Bosphorus.

The collision of cultures as east meets west may sound like a cliché, but Istanbul combines European and Arab influences like nowhere else on Earth.

Top attractions in Istanbul -The breathtakingly beautiful Aya Sofya, the stunning Topkapi Palace and the Galata Tower are among the biggest attractions – but the markets, street food and the atmospheric maze of streets are just as much of a draw for many visitors. 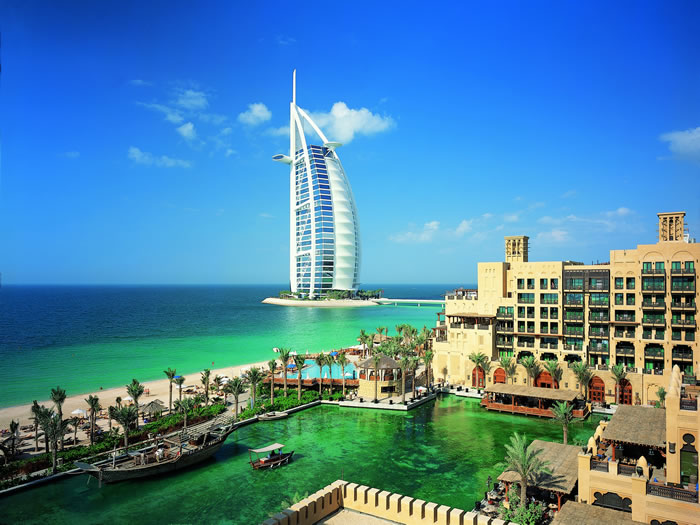 The best-known city in the United Arab Emirates, Dubai is by far the most-visited city in the Middle East – with tourism rapidly expanding alongside a well-developed commercial sector.

Many visitors come from within the Middle East or from Africa and Asia – but the city’s reputation as a shopper’s paradise has made it hugely popular with the Footballers’ Wives.

Top attractions in Dubai – The famous sail-shaped Burj Al Arab luxury hotel and the world’s tallest structure – the 829m-high Burj Khalifa. And if all the shiny glass and chrome gets too much, you can head for the atmospheric old Bastakiya Persian quarter for a change of scenery. 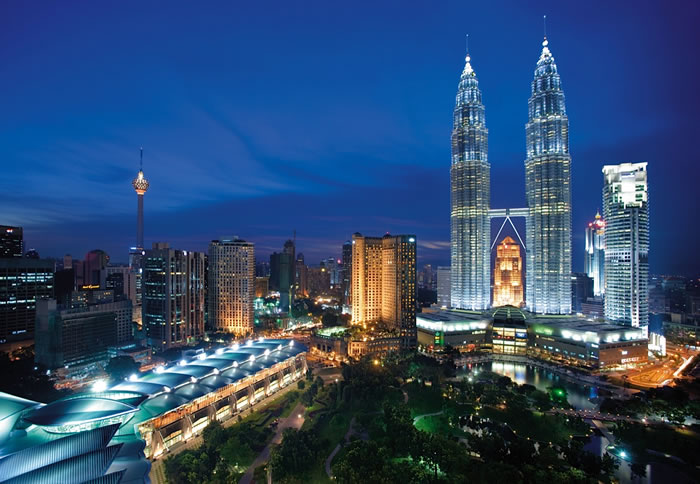 Like nearby Singapore, Malaysia’s capital and largest city Kuala Lumpur is a thriving hub of commerce and owes many of the nine million-plus visits it gets each year to business trips – but it also has an array of charms for leisure visitors too.

The city has a penchant for futuristic architecture – two of the world’s tallest buildings have been erected there – but also boasts a surprising number of well-preserved buildings from the days of empire.

Top attractions in Kuala Lumpur – The view from the Petronas Twin Towers or the Menara KL tower, the Guandi Temple and the old city railway station are all deservedly popular items on visitors’ to-do lists. And shopaholics are well catered for with a staggering 66 shopping malls.

The famously densely populated former British colony of Hong Kong is supplemented by more than eight million visitors each year. The city’s status as the world’s third-biggest financial center draws many of them, but it is also hugely popular with tourists.

Many visitors come from Asia, but Hong Kong is also popular with westerners for its shopping, food and dazzling sights. The natural boundaries of water and hills have created one of the most stunning man-made vistas on Earth, and the skyscraper-packed skyline becomes even more arresting after dark.

Top attractions in Hong Kong – Climbing the Peak, taking a ferry ride and the traditional stilt houses of Lantau island.

Sitting at number 10 on the Mastercard list is Barcelona. The Catalonian capital might be Spain’s second-largest city in terms of population, but its relaxed, arty vibe has made it the nation’s outright winner in terms of tourist numbers.

Gaudi’s famously unfinished Sagrada Familia church is the city’s most-iconic building and it provides a thrilling, leg-stretching workout if you opt to climb the tight stairways to its towers.

Top attractions in Barcelona – Museums dedicated to Picasso and Miro reinforce the city’s artistic influence – but many visitors are just as happy to stroll down Las Ramblas, enjoy a coffee or cerveza at an outdoor cafe and relax on the beach.

Have you ever visited one of the Mastercard top 10?