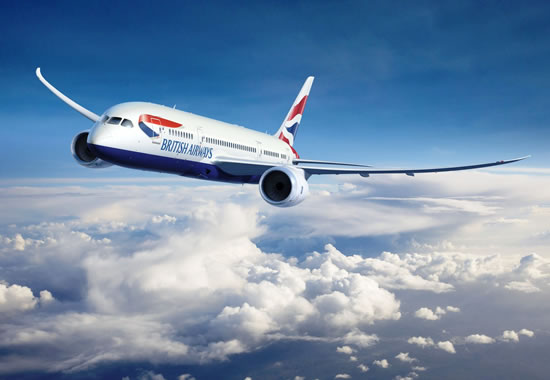 British Airways is to become the first European airline to let passengers switch on their mobile phones and other devices just after landing.

From 1 July, once an aircraft has got off the runway people can power up their electronics, rather than having to wait until it has stopped.

The Civil Aviation Authority (CAA) has said it is satisfied there are no safety implications.

Airlines from other countries have allowed similar rules for some time.

Passengers have generally been forbidden from using their electronic devices on planes owing to fears of interference, especially when taking off and landing.

BA’s new rules will allow mobiles to be switched on and used as soon as the aircraft is off the runway.

“Customers will no longer have the frustration of having to wait until their plane has arrived at the terminal building before being able to use their mobile phones and other handheld electronic devices,” said Ian Pringle, BA flight training manager.

“Now they’ll have that extra time to phone ahead for that important business meeting, check their emails, or make sure someone is there to meet them at the airport.”

The rules will not affect restrictions during take-off, however, where devices will still have to be switched off until the plane reaches 10,000ft (3,050m).

The change, which will apply to BA flights landing anywhere in the world, is in response to feedback from customers, the airline said.

The Federal Aviation Administration (FAA), the equivalent of the CAA in the United States, has also been looking at allowing wider use of personal electronics on flights.

A draft proposal published last week said existing rules, first drawn up in 1966, had become “untenable” in an age of modern technology and communication.

Several studies later, the FAA has agreed to change guidelines, but is still debating to what degree.

The FAA agreed with experts that advances in technology, both in aviation and consumer electronics, mean any threat of interference is either minimal or non-existent.

But there is greater concern about take-off and landing, with authorities keen both to ensure aircraft equipment is not interfered with and that passengers are not overly distracted at “critical” moments.

It is likely that pressure on aviation authorities worldwide to relax rules has been driven by a major revenue opportunity for airlines.

Technology exists, and is in limited use, for passengers to use wi-fi internet and to make calls at high altitude, usually at premium rates.

Any change in policy would be welcome news for Alec Baldwin, the actor. In December 2011, he was kicked off an American Airlines flight before take-off after refusing to stop playing the popular Scrabble-like game Words With Friends.