Places To Visit Before You Die – 21 Reasons For Galapagos Islands 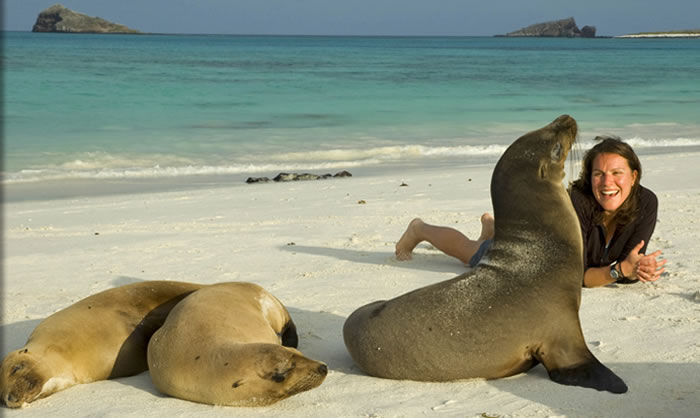 Today’s places to visit before you die the amazing Galapagos islands!

The Galapagos Islands are an archipelago of volcanic islands distributed on either side of the Equator in the Pacific Ocean, 926 km (575 mi) west of continental Ecuador, of which they are a part.

The Galapagos Islands and their surrounding waters form an Ecuadorian province, a national park, and a biological marine reserve. The principal language on the islands is Spanish. The islands have a population of slightly over 25,000. 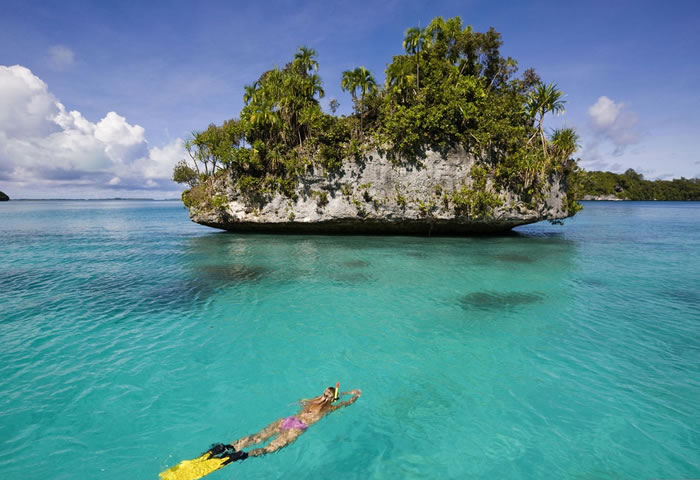 The islands are famed for their vast number of endemic species and were studied by Charles Darwin during the voyage of the Beagle. His observations and collections contributed to the inception of Darwin’s theory of evolution by natural selection. 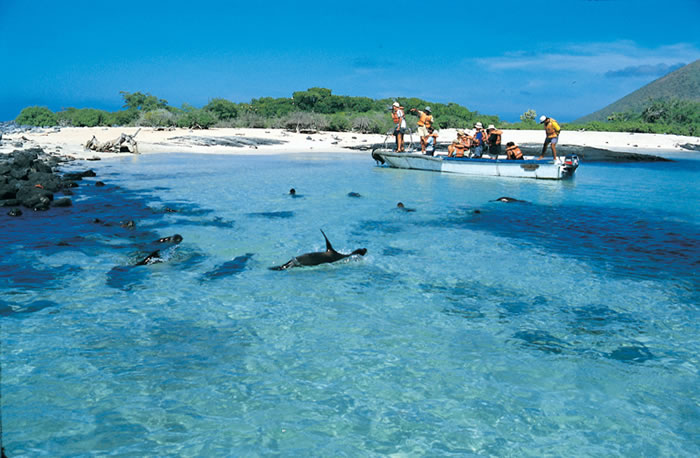 The first recorded visit to the islands happened by chance in 1535, when the Dominican friar Fray Tomas de Berlanga went to Peru to arbitrate in a dispute between Francisco Pizarro and his subordinates. De Berlanga was blown off course, though he eventually returned to the Spanish Empire and described the conditions of the islands and the animals that inhabited them. The first navigation chart of the islands was made by the buccaneer Ambrose Cowley in 1684. He named the individual islands after some of his fellow pirates or after the British noblemen who helped the privateer’s cause. More recently, the Ecuadorian Government gave most of the islands Spanish names. While the Spanish names are official, many users (especially ecological researchers) continue to use the older English names, principally because those were the names used when Charles Darwin visited. 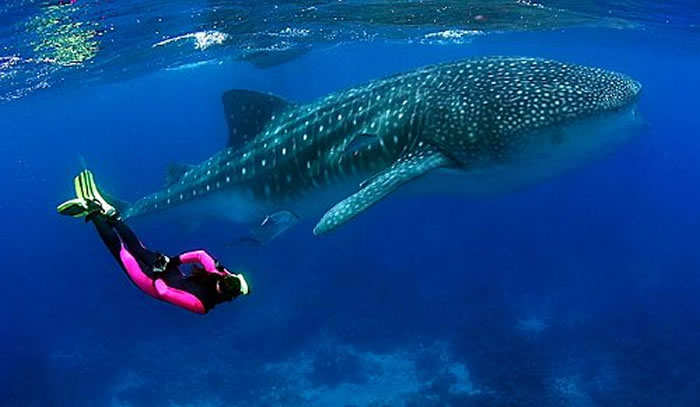 The islands are located in the eastern Pacific Ocean, 973 km (525 nmi; 605 mi) off the west coast of South America. The closest land mass is that of mainland Ecuador, the country to which they belong, 926 km/500 nmi to the east. 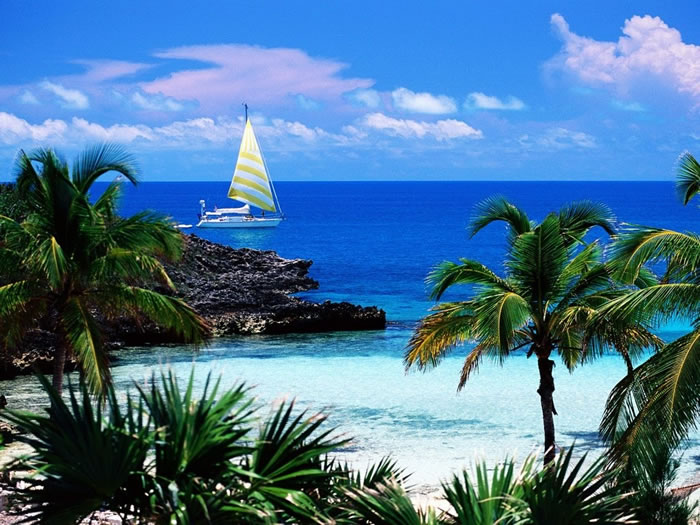 The islands are found at the coordinates 1°40’N–1°36’S, 89°16’–92°01’W. Straddling the equator, islands in the chain are located in both the northern and southern hemispheres, with Volcán Wolf and Volcán Ecuador on Isla Isabela being directly on the equator. Española Island, the southernmost islet of the archipelago, and Darwin Island, the northernmost one, are spread out over a distance of 220 km (137 mi). The International Hydrographic Organization (IHO) considers them wholly within the South Pacific Ocean, however. The Galápagos Archipelago consists of 7,880 km2 (3,040 sq mi) of land spread over 45,000 km2 (17,000 sq mi) of ocean. The largest of the islands, Isabela, measures 2,250 sq mi/5,827 km2 and makes up close to three-quarters of the total land area of the Galápagos. Volcán Wolf on Isabela is the highest point, with an elevation of 1,707 m (5,600 ft) above sea level. 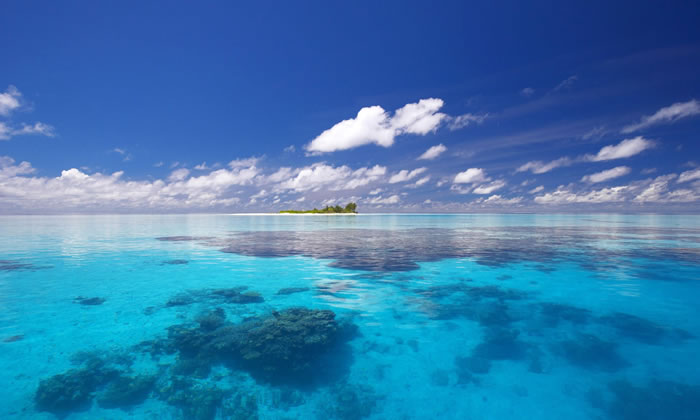 The group consists of 18 main islands, 3 smaller islands, and 107 rocks and islets. The islands are located at the Galapagos Triple Junction. The archipelago is located on the Nazca Plate (a tectonic plate), which is moving east/southeast, diving under the South American Plate at a rate of about 2.5 inches (6.4 cm) per year. It is also atop the Galapagos hotspot, a place where the Earth’s crust is being melted from below by a mantle plume, creating volcanoes. The first islands formed here at least 8 million and possibly up to 90 million years ago. 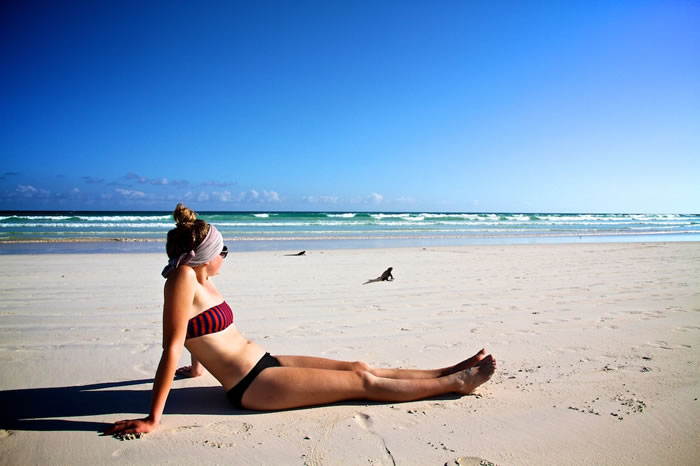 While the older islands have disappeared below the sea as they moved away from the mantle plume, the youngest islands, Isabela and Fernandina, are still being formed, with the most recent volcanic eruption in April 2009 where lava from the volcanic island Fernandina started flowing both towards the island’s shoreline and into the centre caldera. 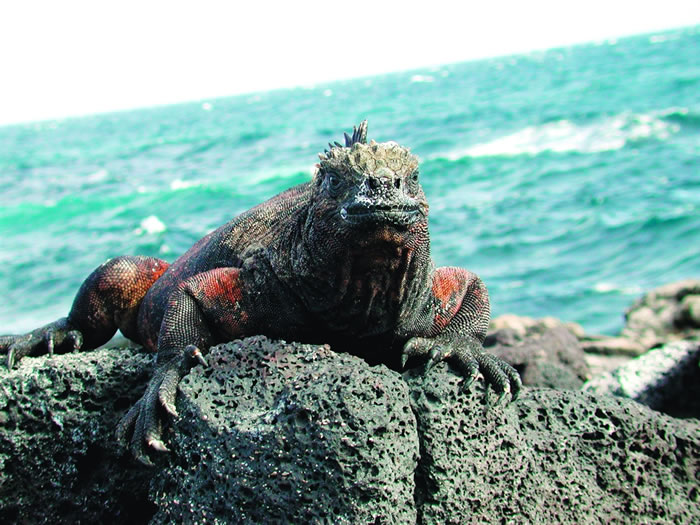 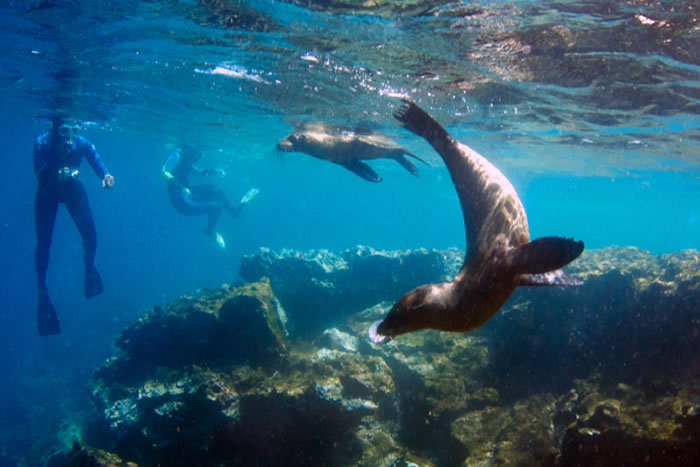 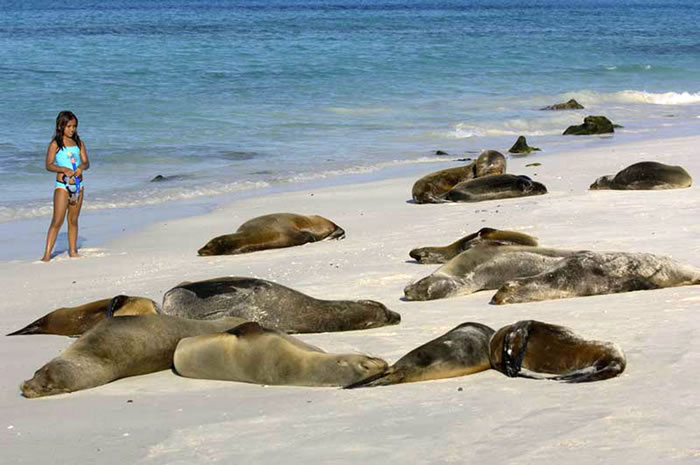 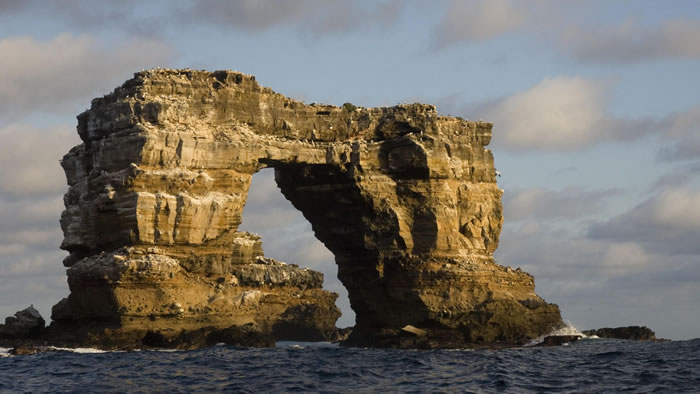 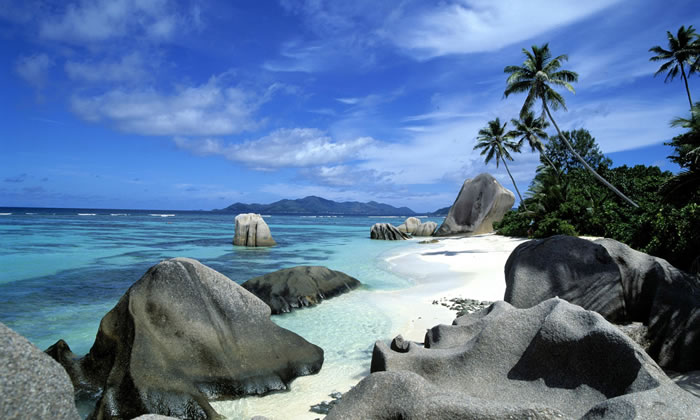 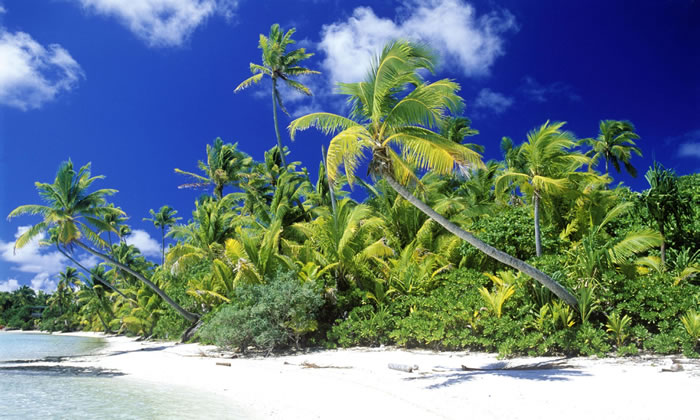 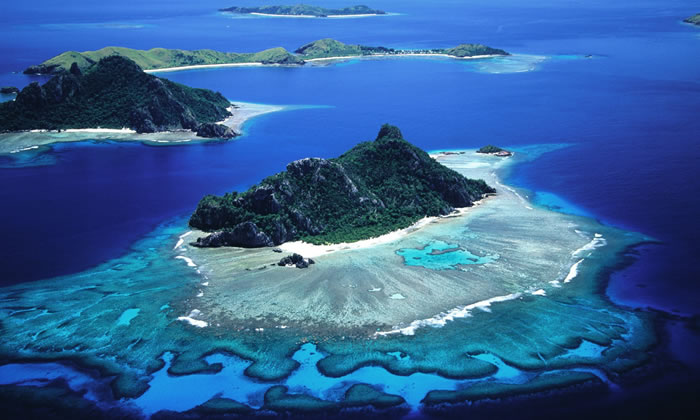 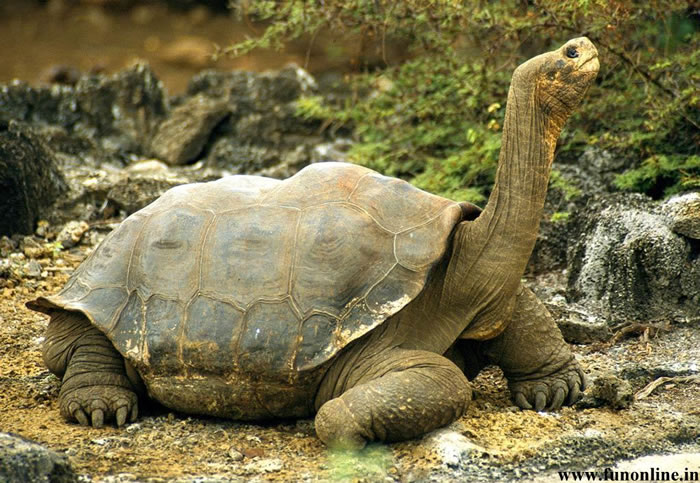 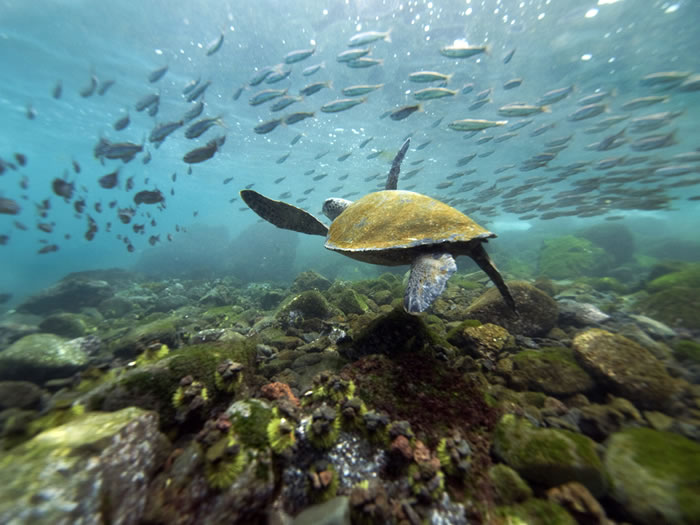 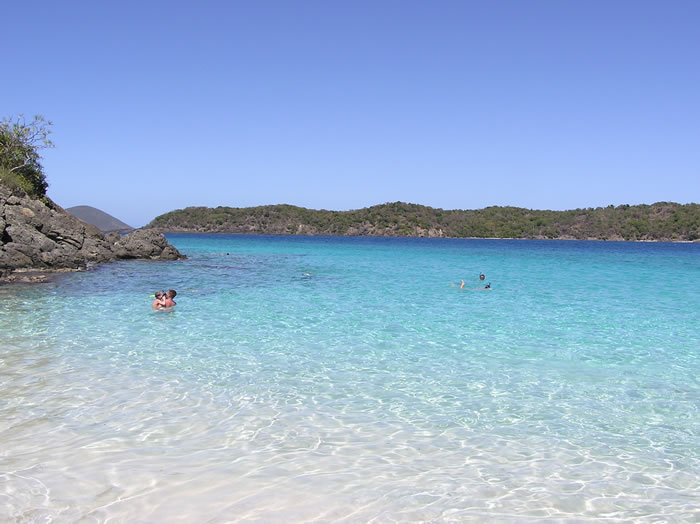 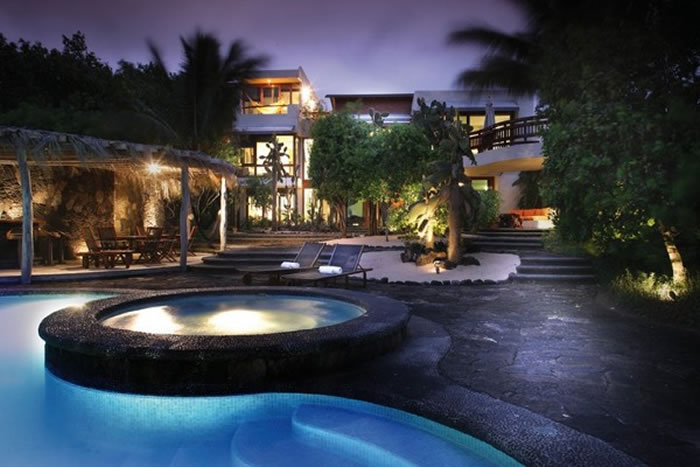 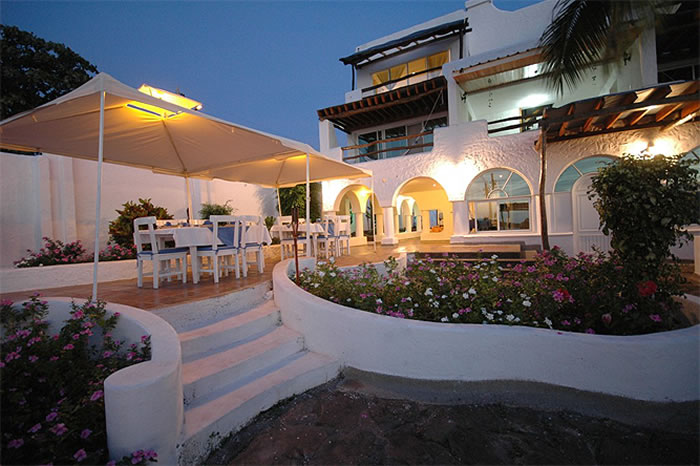