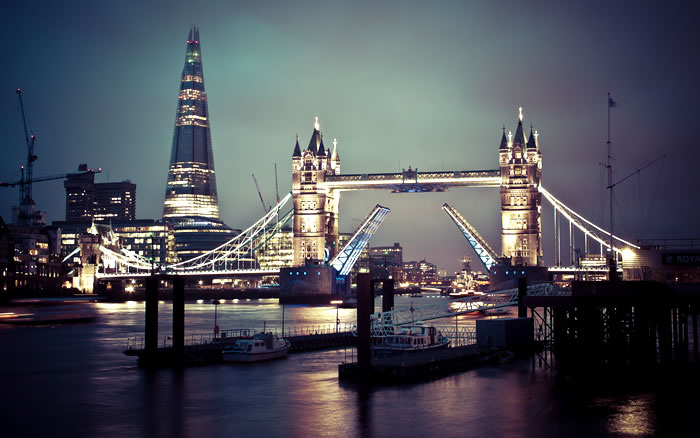 1 – Claridge’s
Spencer Tracy once remarked “When I die I don’t want to go to heaven, I want to to Claridge’s”. It has been home to everyone from exiled leaders in World War II to the current Queen’s overflow guests when they can’t fit into Buckingham Palace. 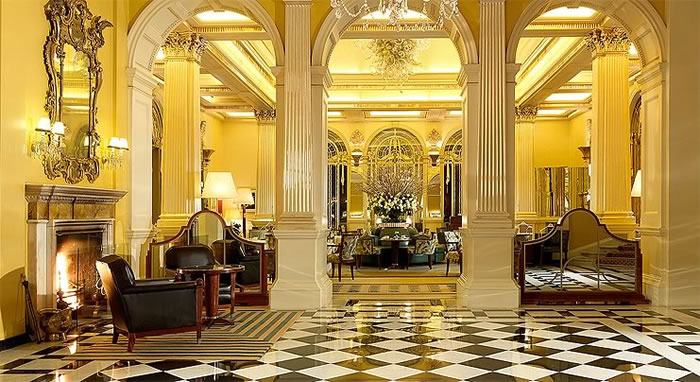 2 – The Ritz
The century-old Ritz was built by the legendary hotelier César Ritz. It is now owned by the Barclay Brothers and occupies a fine spot on Piccadilly, just opposite Green Park and the Royal Academy of Arts. 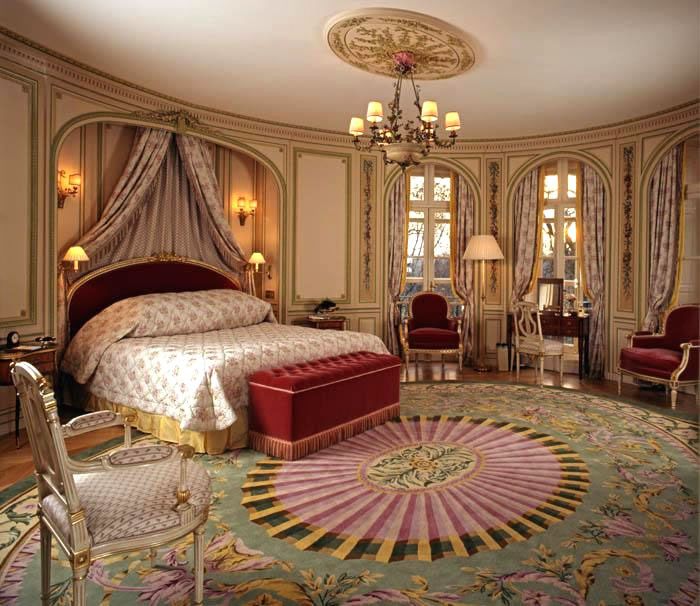 3 – The Savoy
The Savoy was originally owned by César Ritz and occupies a spot close to Trafalgar Square. Rooms 346 and 362 have gone down in lore as the scene of Oscar Wilde’s transgressions.

4 – Brown’s Hotel
Brown’s Hotel has played host to many famous figures – it was were Franklin D. Roosevelt honeymooned his wife. It was also where another US President, Theodore Roosevelt, spent his last hours as a bachelor. 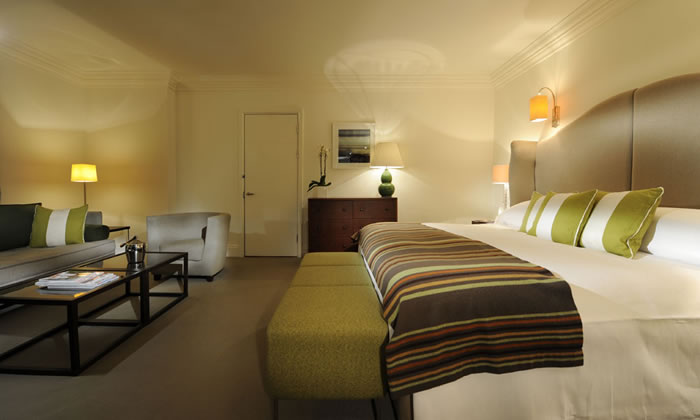 5 – Langham Hotel
Langham Hotel was opened in 1865 and made its name as the home of rich clientele. A famous old trial at the Old Bailey once heard a character reference state “I knew he must be a perfect gentleman – as he has rooms at the Langham.” 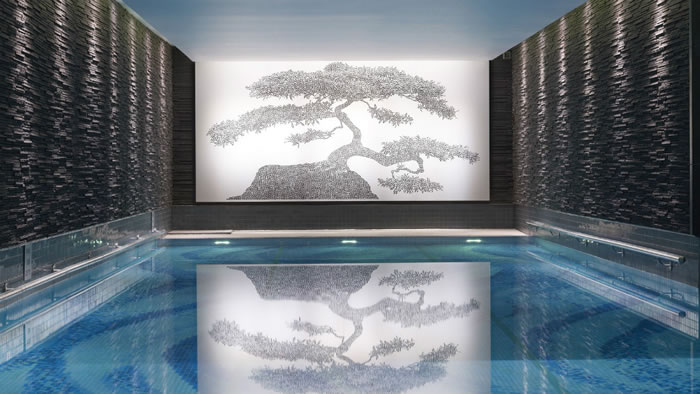 The Dorchester Hotel is one of London’s greatest hotels, housing famous stars from stage and screen. Dwight Eisenhower once occupied a whole suite of rooms so he could plan the Normandy invasions in World War II. 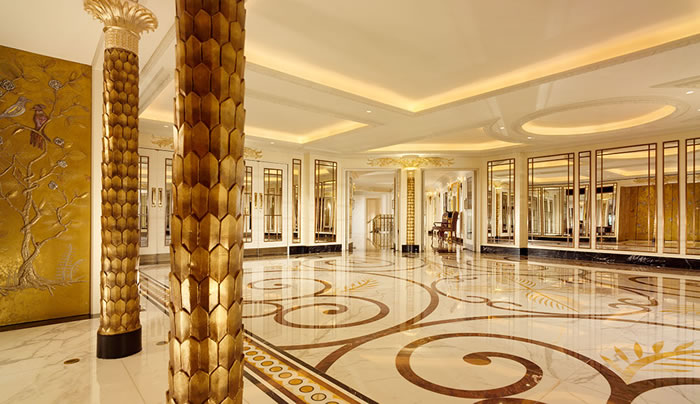 7 – The Connaught
The Connaught is another of Mayfair’s many great hotels, and once housed Charles de Gaulle and the French government-in-exile during the dark days of World War II. 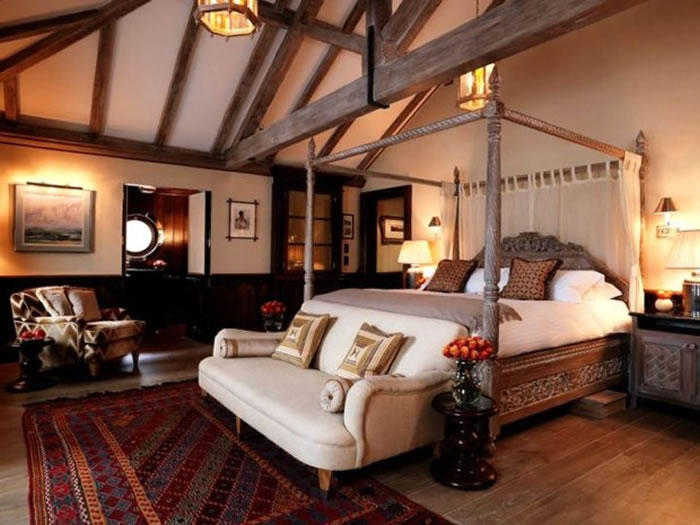 8 – Milestone Hotel
The Milestone Hotel occupies a great location overlooking Kensington Palace. It is truly luxurious. If you’ve ever wanted a 24-hour butler and hire car Bentley to drive around in, then head for the Milestone. 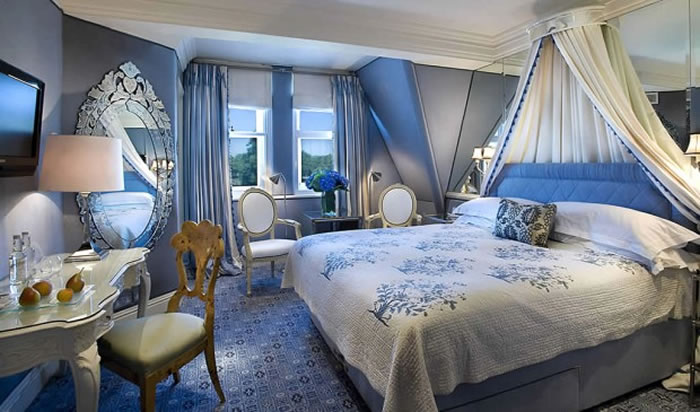 9 – The Cadogan
The Cadogan is the second hotel on our list to have Oscar Wilde associations. This was where he was arrested after the collapse of his libel case against the Marquess of Queensbury. He sat sipping hock in room 118 when the police came calling. 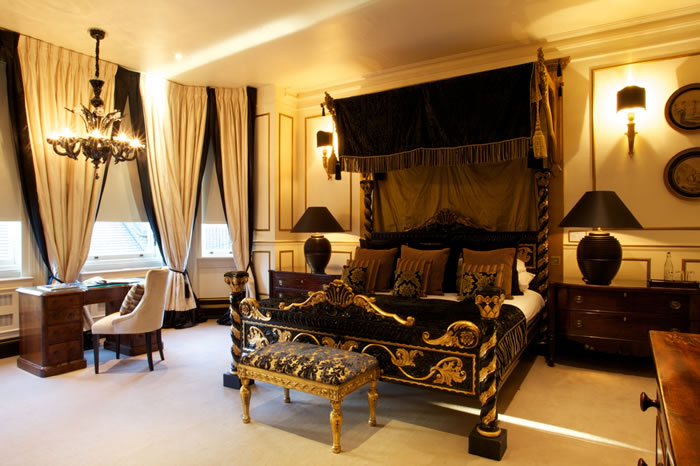 10 – 41
The 41 Hotel occupies a spot overlooking the Royal Mews of Buckingham Palace. It is by far the newest hotel on our list – only opened in 2001. But it has made its name since as one of the finest boutique hotels in the city.

There is no official registry of hotel rooms in London, but the estimated number of hotel rooms in Greater London in 2000 was put at 101,269. According to figures produced in support of London’s 2012 Olympic bid, there were more than 70,000 three to five star hotel rooms within 10 kilometres of Central London in 2003. Interestingly the main growth was a huge rise in the number of rooms within the City of London, while Kensington and Chelsea actually had a small fall. This is comparing figures since 1981. The main concentration of luxury hotels is in the West End, especially in Mayfair. London’s five star hotels are quite small on average by international standards. The largest has only 494 rooms and nine of them have fifty or fewer.