How Rude! American Social Norms that Are Offensive When Traveling Abroad 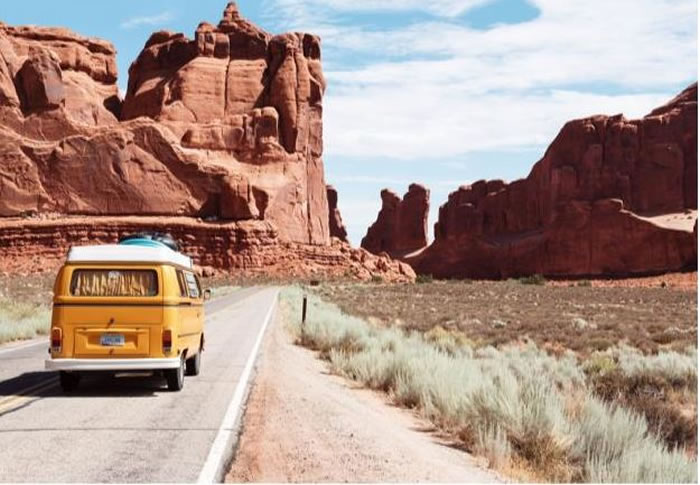 From PDA to leaving a dollar in the tip jar to LOL’ing in a public place, before you travel abroad make sure you know the american social norms considered rude.

As you pack for your trip abroad, chances are you have a checklist of all the things you don’t want to forget. You’ve noted down what to see in the country and translated all the important words to get around. However, you can’t get around your international travels simply by saying “halo”, “sorry”, “please” and “thank you.

While being rude is the last thing Americans want to do when in another country, it is shockingly easy for you to offend a local with things that are not considered taboo in the U.S. Before you travel to another country, you should research their culture and find out which American social norms are considered rude in their country.

As you follow these tips of visiting the louvre museum, try not to ask any new friends what they do for a living. To the French, this question is extremely rude, as they find there is more to talk about in life than your job. If that is not shocking enough, here are more common social norms that extremely rude in different countries.

In America, under-tipping or failing to tip altogether make you appear rude and ungrateful for the service offered. So, as a well-meaning American, you may go ahead to carry this polite and kind gesture in your travels, right? Wrong.

In many countries abroad, primarily Japan and South Korea, tipping is considered rude and an insult. In these countries, the workers take pride in doing their jobs and doing them well. They find it insulting when you assume they need some financial motivation or incentive to do their job.

Sitting in the Back of a Cab

Navigating a new country is difficult to do on foot, especially if you do not speak the language. Taxis make it easy for you to do this. However, while it is normal for you to sit in the back of a cab in the U.S, countries like New Zealand, Australia, Parts of Ireland, the Netherlands, and Scotland frown upon this behavior.

In these countries, you should always sit shotgun, to avoid looking like you think you are above them. It is the doctrine of everyone being egalitarian.

While it is a norm for people to split the bill at the dinner or lunch table in the U.S when in France, do not attempt to split a bill. You have the options of paying the entire bill yourself or letting someone else pay the bill.

While in the U.S and someone offers you a meal, you can decline if you have just eaten, or simply do not want to eat at the time. However, in your travels, as you interact with the locals, many of them will offer you food. You should never refuse the offer.

Refusing food in most Asian cultures is incredibly rude. It is a sign that you are rejecting their culture since food is a big part of their culture.

In the U.S when someone gifts you, it is very grateful if you open it immediately and in front of the giver to show your excitement. It is particularly flattering if you give the gift and love it, as it allows them to enjoy your excitement and appreciation.

In many Asian countries, it is greedy to open a gift as soon as you have received it. In these countries, you should decline the gift a few times and even offer a counter-gift to be polite.

In certain cultures mostly the Indian, the Middle East and parts of the African Culture, the left hand is considered extremely dirty. This is because historically, it was used for some sanitary activity.

You should never initiate a handshake with it, touch food, touch someone else, or even prevent someone with a gift using the left hand. Remember this fact whether you are in an Airbnb or in some of the Middle-Eastern restaurants.

Holding out your index finger together with your middle finger is an American symbol of peace. As you travel, you may decide to use this sign to show you come in peace.

In the U.K, Ireland, Australia, or New Zealand, it does not mean peace. It is an obscene gesture, which is equivalent to what the middle finger means in the U.S.

While the bull’s horn sign of holding out your index finger and your little finger is a rock sign used for fun in the U.S, it is not very fun in some cultures.

Making the gesture in Italy, Portugal, Spain, and parts of South America, it is a symbol indicating to a man that his wife has been unfaithful.

Keeping Your Hands in the Pockets

While all these wrong uses of your hands might have you thinking that it’s safest to keep them in your pockets, do not. If you are traveling to Korea or Japan, to enjoy some of the Japanese amazing gardens, avoid putting your hands in the pockets.

It is a sign of arrogance, and the last thing you need is for your hosts to perceive you as arrogant

While in the U.S, almost by instinct, when you see a small child, you want to pat his head, appreciating how cute he or she is. In primarily Buddhist countries like Sri Lanka, Thailand, and China, do not even consider touching someone’s head.

The head is considered sacred in the Buddhist religion since the spirit lives here.

Finishing the Food on Your Plate

Parents in the U.S will encourage their children to finish the food on their plates. While this was okay when you were growing up, do not attempt to do it in other countries. In the Japanese and Indian Cultures, it is a wasteful habit.

It also indicates that your host did not serve you enough food, or even that you did not enjoy the food that was served. Ensure you explore all the cultural food etiquette rules before you travel.

Before You Travel, Confirm That Your American Social Norms Aren’t Offensive in Your Destination’s Culture

As you travel, remember that you are not in your comfort zone. Adhere to as much cultural etiquette as you can learn about. Visit our blog amazing international travel destinations in the world.