The 7 Best Overland Trips in America 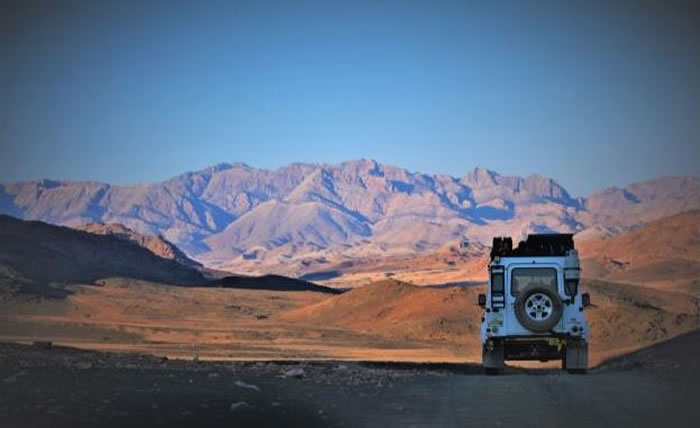 Are overland trips part of your bucket list? Here are 7 great destinations in the U.S. for you to begin thinking about.

Overlanding – one of today’s most popular outdoor adventure pursuits. It’s been likened to backpacking, but with a tough, hardy set of wheels to carry you cross-country instead of trains, buses and the like.

There is one distinct goal when it comes to overlanding: to make the most of the journey itself, and not just the destination. A great metaphor for life, too! So if you’re looking to give this form of travel a whirl, here are 7 of the best overland trips to experience…

This latest craze in cross-country adventure is defined as self-reliant travel to remote destinations, where you’re supposed to relish the journey just as much as the destination.

Basically, you’re traveling long distances on rough roads to remote destinations in a rugged, off-highway vehicle made for this very purpose.

From the Mojave Desert to North Carolina’s barrier islands and all the way up to the Alaskan tundra, North America is the land of plenty for avid overlanders. Hitch up your used travel trailer, packed with all the essentials you need to survive, and hit the road with these 7 incredible routes across North America…

This desert route which passes through the state of California could not be more iconic for newbie overlanders.

The Mojave Road stretches for 140 miles and requires two-four days to complete in its entirety. So it’s a great overlanding trip if you’re short on time. What began as a Native American trade route, developed into a wagon trail, and is now the sandy, rocky, and picturesque Mojave Road!

Be warned: this route requires a vehicle with four-wheel drive capabilities. The trail crosses east to west across the Mojave and several mountain ranges, ending in Barstow, California.

If you’re looking for something a little less desert-like, but with a fair amount of sand – North Carolina’s barrier islands is the ideal playground.

There are no paved roads on the South Core Bank, and if you’re looking for secluded, unending beauty with plenty of beach camping spots, this is the place. Be warned, you are not permitted to drive over the sand dunes here.

What’s more iconic than the Rockies for a touch of overlanding adventure? Doesn’t get more scenic or tough-terrain than that.

The Alpine Loop begins in Silverton, Colorado, and features a 63-mile loop which twists and turns through the San Juan Mountain range. This route can be located between highway 550 and state road 149, but be forewarned, it’s closed during the winter.

However, only high-clearance, four-wheel drive vehicles can enter Cinnamon and Engineer Pass in the colder months.

The Alpine Loop requires only four-six hours to complete and hiking and camping opportunities abound. You can even experience the eeriness of abandoned mining towns along the way.

The Jeep Wrangler Rubicon was named as such in honor of the Rubicon Trail which runs for 22 miles from Georgetown to Tahoma, near Lake Tahoe.

If you’re looking for classic Sierra Nevada scenery, this route is your ticket. Expect a trail comprised of slick granite and plenty of tricky obstacles along the way!

However, if your car is new and you’re not looking to scratch her up just yet, this trial is perhaps best to avoid. Bear in mind that the Rubicon Trail Foundation recommends larger tires and bringing along a lift kit just in case.

This is undoubtedly one of the most famous overlanding routes in the world, so be prepared for both pumping adrenaline and stunning scenery.

5. The Trans-America Trail: Tennessee to Oregon

While this trail was not originally meant for overlanding vehicles, but rather, overlanding motorcycles, it’s can be done in a larger vehicle!

The Trans-America Trail, also known as the TAT, was developed as a coast-to-coast motorcycle route. But today, it’s also used as an overlanding route by four-wheel drive vehicles.

The TAT snakes 5,000 miles from Southeastern Tennessee to Southwestern Oregon. It’s comprised of a mixture of dirt road, forest service, gravel, as well as jeep roads.

If you’re looking for something that’s really off-the-beaten-track, this is the route for you!

The Dalton Highway is extremely well-known amongst seasoned overlanders and for good reason. This route stretches for 414 miles through Northern Alaska from Livengood to Deadhorse. It’s considered one of the most dangerous roads to drive in Northern America.

Originally constructed as a service road for the Trans-Alaska Pipeline service, it’s considered dangerous because of its remoteness and lack of phone reception.

But, despite this risky business, there is a major payoff. The Dalton Highway is also considered one of the most spectacular routes across the U.S. with its quintessential Alaskan tundra.

This route traverses the Brooks Range and crosses the Yukon River before reaching the Arctic Ocean.

7. The Pan-American Highway Aka The Colossal

Okay, so this route is not only bound to the borders of Northern America but it just has to feature on this list! The Pan-American Highway is more like an overlanding expedition and is ideal if you have a few weeks or months to spare.

If you have the resources and the spare time, this route will take you from the Arctic Ocean in Alaska, through to Ushuaia in Argentina. In essence, you’ll be transversing both Northern and Southern America in one great adventure.

This 18,460-mile route promises some of the world’s most extraordinary scenery and trails- an adventure of a lifetime!

Looking for Travel Advice and Inspiration?

The next time you begin planning your overland trip, turn to Daily News Dig as your source of advice and inspiration on all things travel! Check out our travel and adventure blogs for your next overland adventure across America…