Could you eat any of these disgusting meals?

Warning! Some of these are pretty nasty and could put you off your food!! 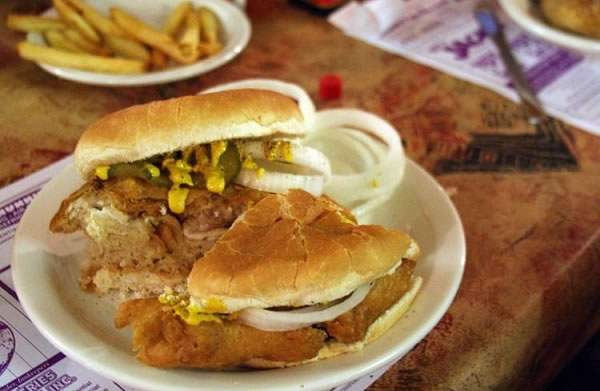 This sandwich was once very popular in St. Louis, Missouri but is now only served in a few restaurants. There are also a few over places around the U.S. that you can buy this delicious meal such as Indiana and the Ohio River Valley.

Cows brains were originally used but due to the outbreak of mad cow disease the sandwich is now served with pigs brains along with pickles, onions, mustard and ketchup.

To make bulls less aggressive and more meatier, their testicles are removed at a young age but instead of just throwing these little sacks of flesh away they are served up at restaurants in the West.

This delicacy is usually served fried in batter and in some places of America this dish is so popular they have testicle festivals. 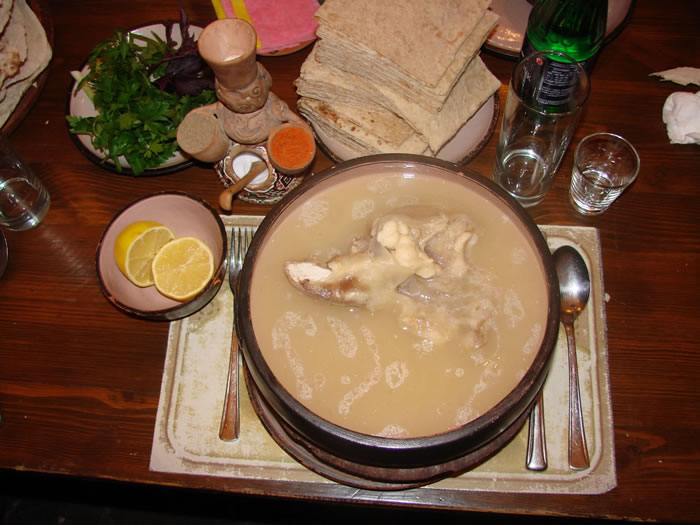 This meal is most popular in the Middle East and is a customary dish eaten by the wealthy during the winter. was once considered a delicacy only enjoyed by wealthy people during the winter season.

Khash is basically a thick soup with the cow’s feet, head, stomach and a few spices. Yummy. 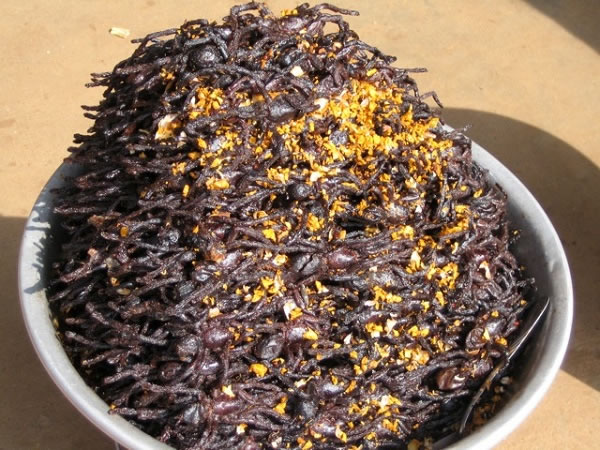 If you are ever in Cambodia one dish you will probably find on the menu is A-Ping and for those who have a fear of spiders you should stay clear from this meal.

People started eating fried spiders in Cambodia back in 1960 when there was a severe food shortage and it has remained a popular dish ever since.

The spiders alone have very little taste so are usually mixed with garlic and other herbs. 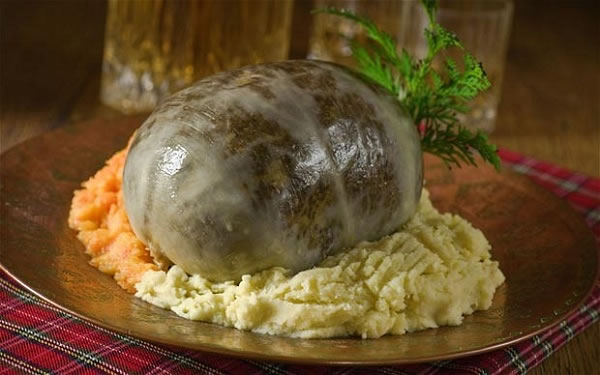 The Haggis is the national dish of Scotland and is basically like a giant sausage stuffed with sheep’s lungs, heart and liver mixed with oatmeal and beef. If you think that is bad enough then it gets worse, it is then encased in sheep’s stomach and boiled.

When ordering this meal in a restaurant it is customary to give a toast with a glass of whiskey before digging in. 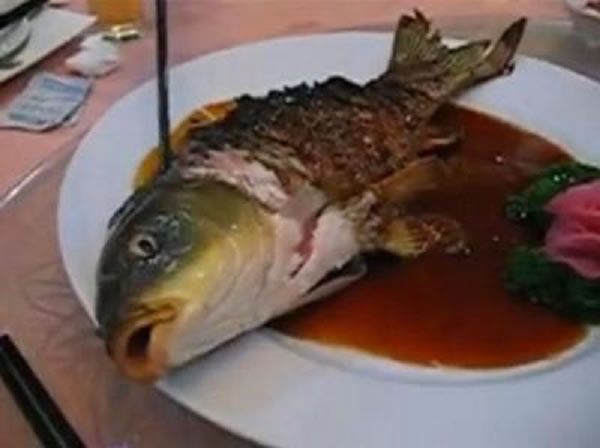 What makes this meal disgusting is not the content but how it is served. The fish is cruelly cooked while still be kept alive so that when it arrives at your table it is still flapping and breathing. Customers seem to enjoy watching the fish suffer as they eat it alive.

While this dish has become banned in many places it is still available in a few places in China. 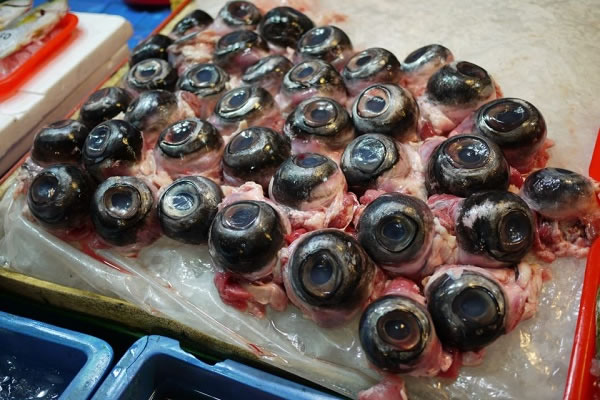 While some of these disgusting meals on our list try to hide their nasty ingredients this one is actually looking right at you. The eyes are usually served boiled and seasoned and apparently taste like squid.

If you really like the look of this dish then you are gonna have to take a trip to China or Japan as that’s were this delicious meal is served. 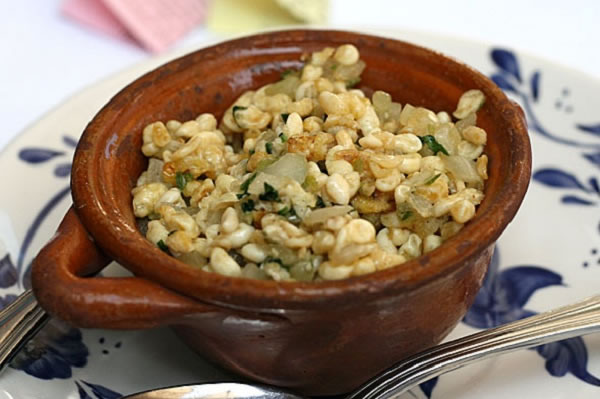 This Mexican dish consists of ant larva but despite it’s disgustingness it is supposed to be pretty good and similar to eating cottage cheese. , which is harvested from the roots of the agave plant.

This dish is best served fried or as a garnish in omelets and tacos. 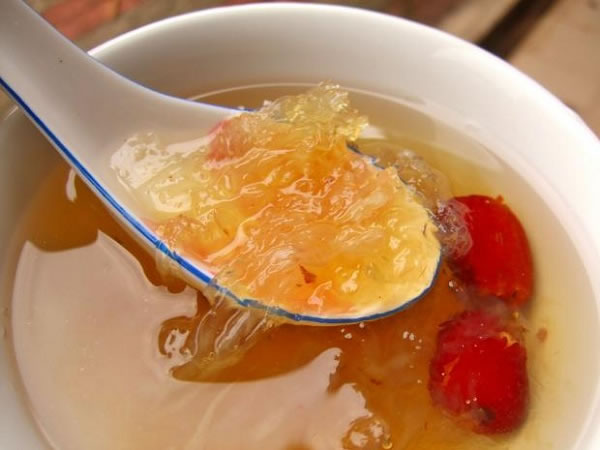 This soup is a delicacy in Asia and no its not made from twigs and straw. It’s key ingredient is the nest of a Swiftlet which is made using spit. Yep, that’s right a dish made from bird spit.

The nest is fried to a crisp and then soaked in a chicken stock to add flavor. 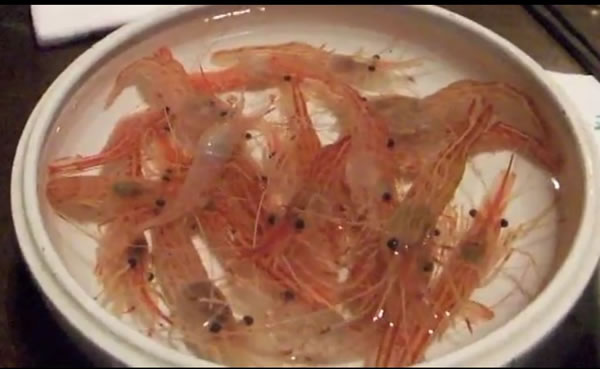 While shrimp is loved by most people this dish is slightly disgusting because they are actually served alive.
This Chinese delicacy earned it’s name because the shrimp are left in a liquor mix and once intoxicated they are consumed alive and without them giving to much of a struggle.

This dish can be found on the menus of restaurants across China with different regions having their own take on the recipe.

Could you eat any of these disgusting meals?