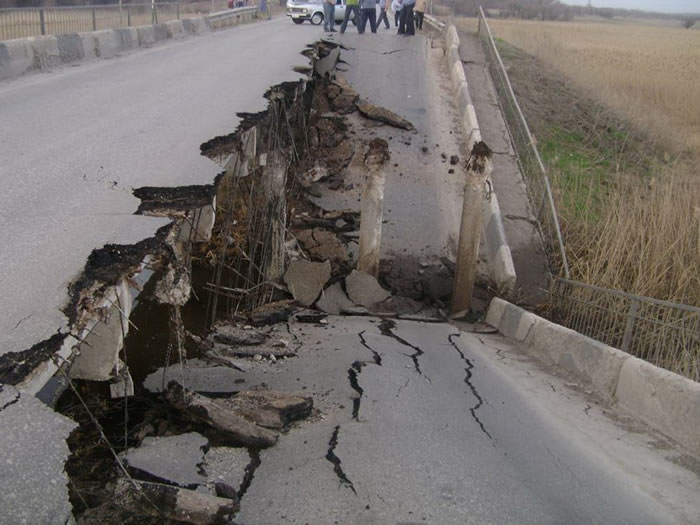 Next time you are complaining about potholes or bad roads watch this crazy video were a road collapses in front of a motorist and you’ll realize things aren’t so bad where you live.

While travelling on the Samara-Buguruslan freeway in eastern Russia, a driver almost lost the ground under his feet when a section of the road over a bridge collapsed right in front of his eyes.

Luckily, he was paying attention and noticed that something was off with the road, so he quickly came to a halt, literally stopping on the edge of the section that buckled down.

You only need to watch the first minute of the video to see the incident, unless of course you understand Russian and wish to here the screaming motorists reactions.

No one was hurt in the incident.

The dashboard footage on YouTube is dated April 2014; however, we discovered from Russian news reports on the partial bridge collapse were from April 2012. even though this video is a couple of years old, it’s still crazy to watch. 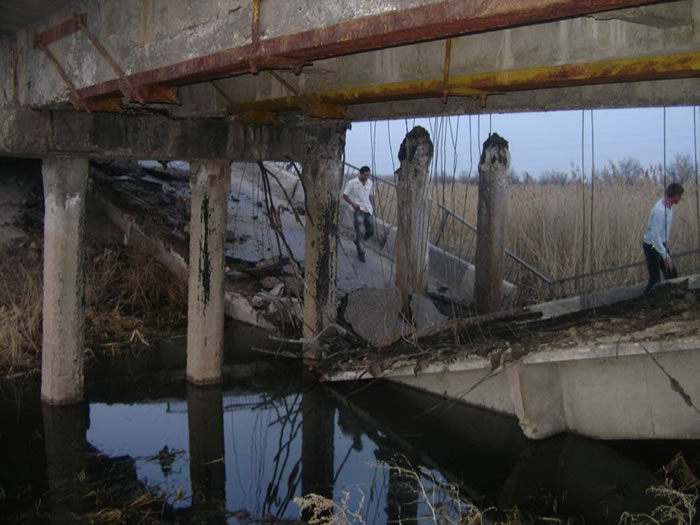 As you can see from this picture that the road wasn’t exactly built properly in the first place. It was only a matter of time before something like this happened.