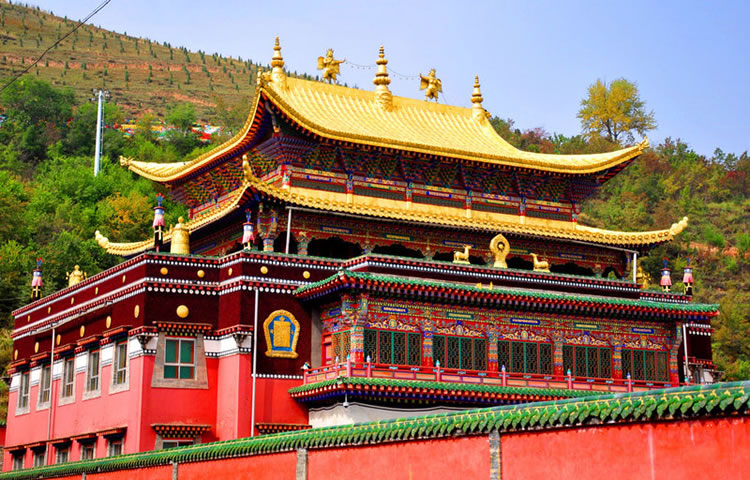 When you think about China, you probably think about foodor their exceptional manufacturing capacity. With one of the largest populations in the world, China is an incredibly diverse country that boasts several fascinating cultures.

China has one of the largest economies in the world, but it still remains a mystery to many Westerners. Whether you are planning a trip, considering a move, or just want to increase your general knowledge, here are some things about China you probably don’t know

1. Ketchup is a Chinese Invention

One of the most recognizable American condiments actually originated in China. The original recipe was actually much closer to what we know as fish sauce: a salty brown liquid made from anchovies and other small fish. The word ‘ketchup’ is an anglicized version of the old Hokkien word ‘ke-tsiap”.

The name caught on after European traders started importing the popular sauce. In England, people began experimenting with the recipe by adding mushrooms, oysters, and other umami-rich foods – including tomatoes. Over the years the recipe revolved. Finally, through a partnership between Dr. Harvey Washington Wiley and Henry J. Heinz, ketchup as we know it was born.

China’s famous replica cities are an eery, must-see attraction. As the name suggests, replica cities are built to mimic famous cities in Europe. In Paris Town, you can stroll down the Champs Elyseé or enjoy espresso and pastries under the Eiffel Tower.

In Thames Town, you can get beer, wine, and Baskin and Robbins alongside Chinese favorites like bubble tea and noodles. You could also check out the Dutch-style townhouses in Holland Village or even ride a gondola in the man-made canals of Venice Town.

3. Winnie the Pooh is Banned

From film, memes, or simple images, anything regarding Winne the Pooh is banned in China. The ban took effect after users made comparisons between the famous cartoon bear and Xi Jinping, the General Secretary of the Communist Party and leader of China. Xi apparently didn’t appreciate the joke comparing him to a less than athletic bear. In 2015, the image comparing the leader to Winnie the Pooh at a military parade was the year’s most censored image.

4. You Can’t Read the BBC or Wikipedia in China

A lot of the normal websites you might frequent are blocked in China. That includes Western media like The New York Times and The Guardian, social media like Facebook, and even Wikipedia. The “Great Firewall of China” makes them completely inaccessible from inside the country. If you want to use any of these sites or services you will need to change your IP address with a VPN.

China’s hardline one-child policy has received plenty of international media attention since it was first signed into law. Since 2016, however, it has been replaced with a two-child policy. The original policy was enacted in response to high fertility rates in the 60s and 70s. At the time, most of China’s population lived in extreme poverty, stretching their resources to the limit.

Today, China’s middle class is one of the fastest growing in the world. The new policy is designed to slow the problems that Japan and Western Europe are experiencing due to aging populations.

6. It’s the Holy Grail for Makers and Tech Innovators

China’s reputation as the biggest manufacturer for luxury knock-offs shows no sign of letting up. However, a city like Shenzen offers a glimpse into what is possible when innovative DIY culture pairs with a legacy of manufacturing.

The city is one of the tech innovation centers of the world, so much so, it’s often called the Silicon Valley of Hardware. Inventors, entrepreneurs, and engineers come from all over the world in order to compete in an ever-growing hi-tech market.

Pedestrians distracted by smartphones – deemed the “heads-down tribe” – were causing traffic problems as “distracted walkers” made up a sizeable slice of traffic deaths each year. The solution? Mall managers in the northwest province of Shaanxi created dedicated pedestrian lanes just for smartphone users.

The brightly painted lanes keep smartphone addicts out of danger and out of the way of other pedestrians. The trend is new twist on earlier attempts to save the lives of those who just can’t put their phones down.

Giant Pandas might be an internet darling, but in China, they’re considered a sign of peace. In fact, long before they were going viral, they earned a reputation as a symbol of peace and happiness. In ancient China, they were thought to represent yin and yang, both due to their coloring and due to their calm demeanor. During a battle, if one army raised a flag with a giant panda on it, it was considered a call to negotiate terms and end the fighting.

Despite being the fourth largest country in the world, China only has one timezone – Chinese Standard Time, aka Beijing Time. That means, depending on where you are in the country, you could see the sun rise at 10 AM local time. The one exception is the westernmost province of Xinjiang, where the ethnic Uyghur population runs two hours behind. The ethnic Han population, however, still sticks to Chinese Standard Time, causing some confusion between the groups.

China’s drive to reduce air pollution is one of the most impressive examples of a successful environmental policy. Between 2013 and 2017 there was a 40% reduction in harmful particulate matter in some parts of the country. Despite that, there are still around 1.6 million premature deaths caused by pollution each year.