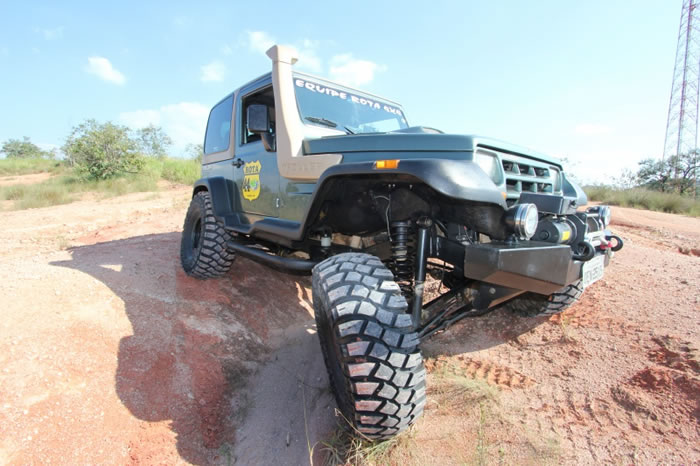 What does 4×4 mean? – This is a term used for a four-wheeled vehicle with a drivetrain that allows all four wheels to receive torque from the engine simultaneously.

While many people typically associate the term 4×4 with off-road vehicles and Sport utility vehicles, powering all four wheels provides better control than normal road cars on many surfaces, and is an important part in the sport of rallying.

In abbreviations such as 4×4, the first figure is normally the total wheels (more precisely, axle ends, which may have multiple wheels), and the second, the number that are powered.

Syntactically, 4×2 means a four-wheel vehicle that transmits engine power to only two axle-ends: the front two in front-wheel drive or the rear two in rear-wheel drive.

By this system, a six wheeled military transport truck would be a 6×6, while the typical American semi-truck tractor unit having two drive axles and a single unpowered steering axle would be a 6×4.

Difference between 4WD and AWD

Four wheel drive refers to vehicles that have a transfer case (some of which include a differential that may or may not be lockable) between the front and rear axles, meaning that the front and rear drive shafts will not rotate at different speeds. This provides maximum torque transfer to the axle with the most traction, but can cause binding in high traction and tight turning situations. They are also either full-time or part-time 4WD selectable.

All wheel drive refers to a drive train system that includes a differential between the front and rear drive shafts. This is usually coupled with some sort of anti-slip technology that will allow all wheels to spin at different speeds, but still maintain the ability to transfer torque from one wheel in case of loss of traction at that wheel. All wheels are engaged to the drive full-time. 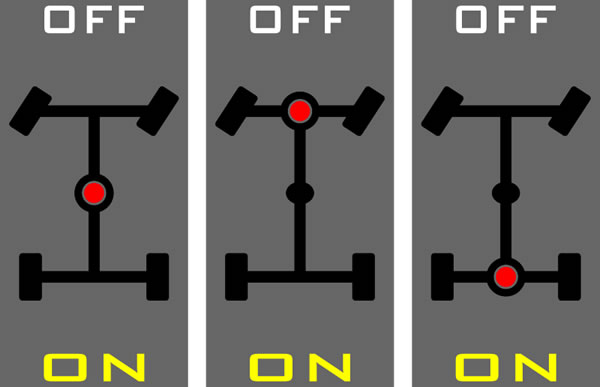 Difference between 4WD and IWD

The term individual-wheel drive is coined to identify those electric vehicles whereby each wheel is driven by its own individual electric motor. This system essentially has inherent characteristics that would be generally attributed to four-wheel drive systems like the distribution of the available power to the wheels. However, the term IWD can refer to a vehicle with any number of wheels.