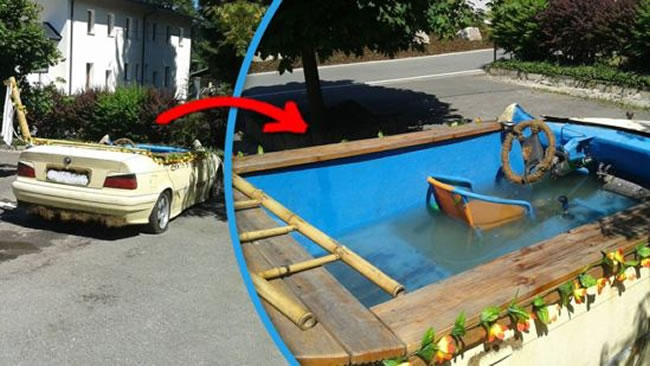 A 27-year-old motorist from Germany was so fed up of the summer heat that he converted his BMW cabriolet into an open top mobile swimming pool.

A pool on wheels may have seemed like a cool idea, but unfortunately for its creator, the local police didn’t think so.

The nutty driver and three of his friends were driving their unconventional vehicle around town last Sunday, when they passed by a motorcycle policeman who happened to see the car had no license plates and that one of the passengers was riding on the trunk.

As he pursued the suspicious convertible through Eibenstock, the officer noticed something very strange: every time it turned into a curb, water poured out of the vehicle.

After a short chase, the BMW pulled over in a parking lot and the passengers, who were only wearing bathing suits, ran out and jumped into the nearby Mulde River. As the officer approached the empty car, he discovered it had been turned into a mobile swimming pool. 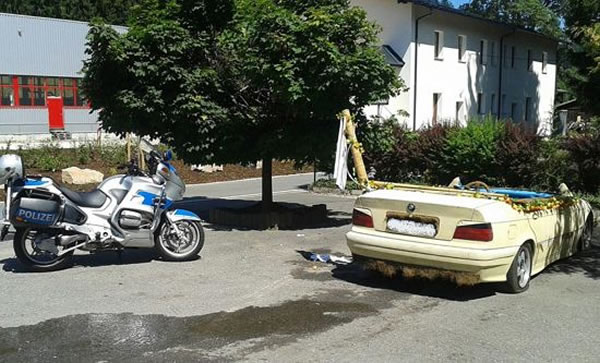 The interior had been sealed, painted blue and filled with water. The sides of the pool were lined with wooden planks, the steering wheel was covered in raffia, and next to the ignition switch was a beer bottle holder.

As the stunned policeman inspected the mobile pool, the owner and his friends watched from the other side of the river. With no way of reaching them, the officer deflated the tires, severed the spark plug wire and reported back to the station.

Realizing he had left his wallet in the trunk of the car, the driver swam back and turned himself in. He was noticeably drunk, but denied he was the one driving the car. He is now facing charges for drunk driving, driving an unlicensed vehicle, insurance law violation and road safety law violations. 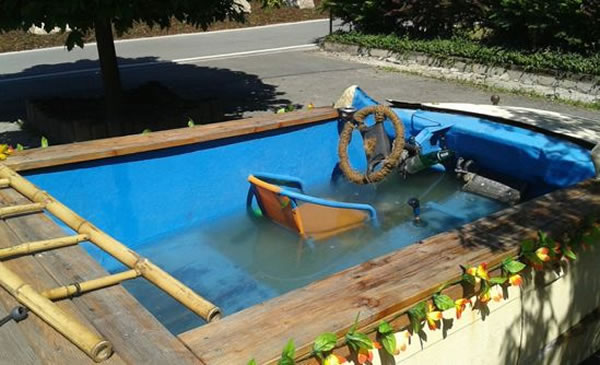