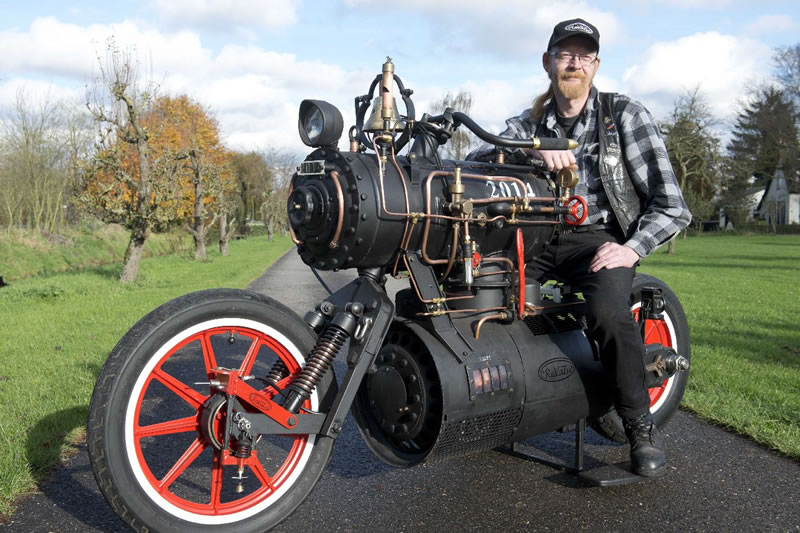 Meet René, a motorcycle mechanic genius who has built himself this amazing bike and what’s special about it is the fact it’s steam powered. How awesome is that?

René van Tuil is from the Netherlands and has been creating unique custom bikes for years. This is the latest creation from his company Revatu Customs and Rene has named this crazy creation the Black Pearl.

Rene wanted to build something that was a cross between an old steam locomotive and a cool chopper and this was the result, steampunk awesomeness.

The Black Pearl is not just for show, it is a completely fully functioning bike, a steam boiler sits in the center of the bike and powers the rear wheel via a large crankshaft.

As you can imagine with all that iron this motorcycle weighs a ton.

You may recognize the name the Black pearl, Rene named his creation after the ship jack Sparrow used in the Disney movie Pirates Of The Caribbean.

But while Captain Jack Sparrow’s ship was the fastest vessel in the Caribbean seas Rene’s Black Pearl is one of the slowest.

The fact that it is steam powered and it weighs so much means that this custom bike falls flat on it’s face in a race. It can only muster a top speed of eight kilometers per hour, most people can walk faster than that.

Despite it’s coolness this motorcycle is pretty much useless on the open road so it will just be used for shows to promote the company business.

The Black pearl took eight months to build and it was unveiled to the world at the 2014 Bigtwin Bike Show in Rosmalen.

Motorcycle mechanic René claims he was inspired to build the bike after seeing “Train Wreck”, a 2012 fictional design by Colby Higgins. 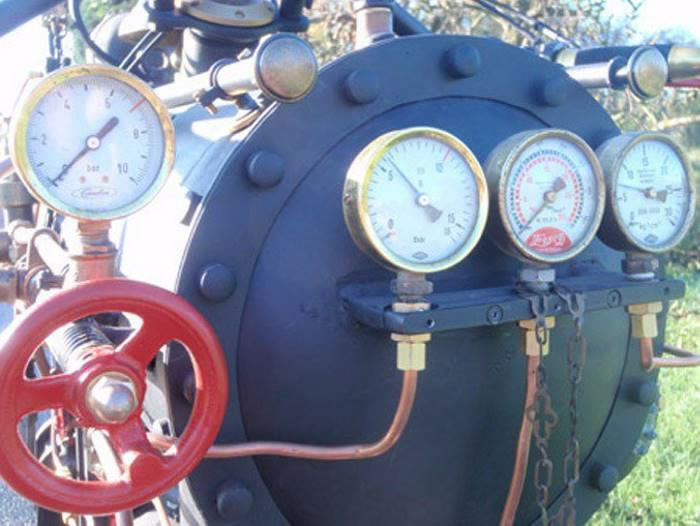 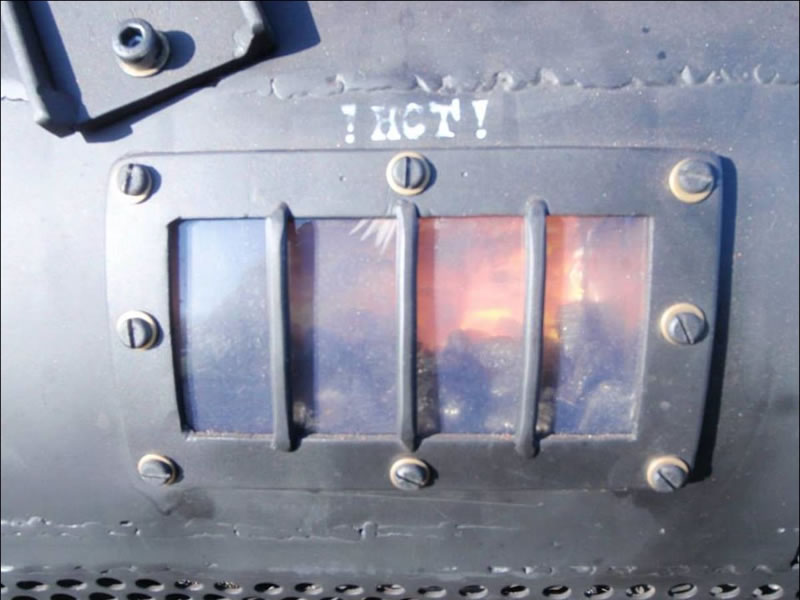 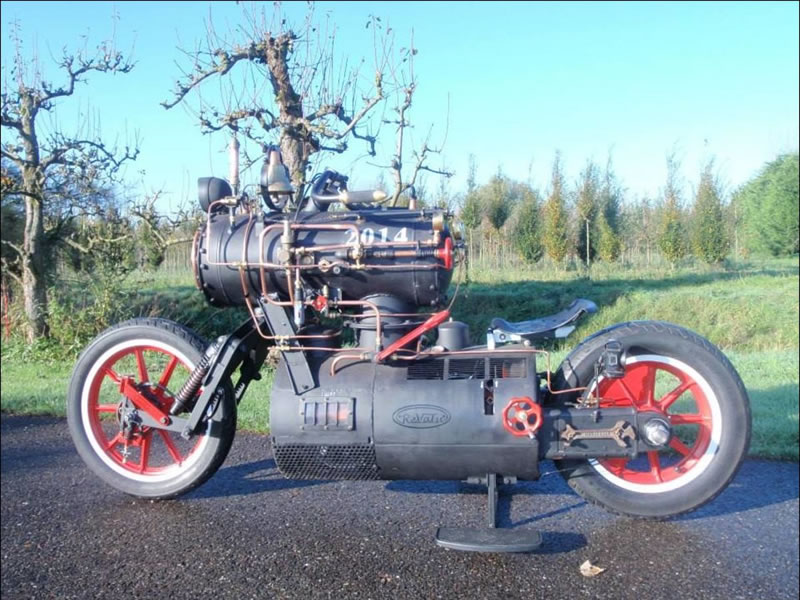 What do you think of this crazy steam powered motorcycle?