Discover the top ten most expensive yachts in the world that only the richest of the rich can afford. Wouldn’t you just love to own one of these?? 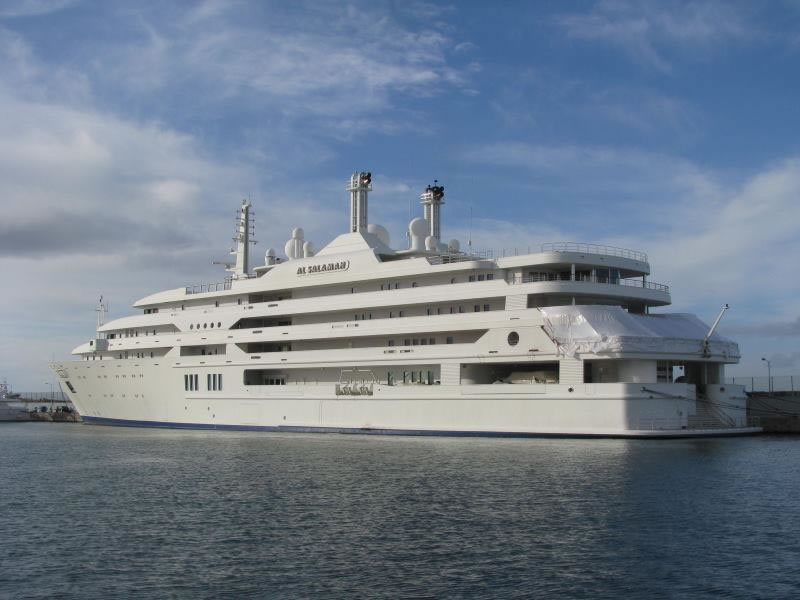 The Al Salamah was launched in 1999 and was originally one of the largest yachts in the world but over the years it has been dropping down the list. Many of it’s luxury features includes a glass-roofed swimming pool, a cinema, a library, a gymnasium, a spa and a fully equipped onboard hospital. 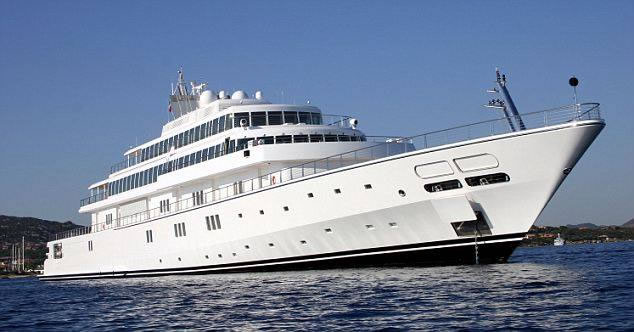 The Rising Sun was built in 2004 and consists of 82 rooms which includes a gymnasium, spa, cinema, wine cellar and a basketball court. Plus there is a helipad for whenever you feel like going ashore. 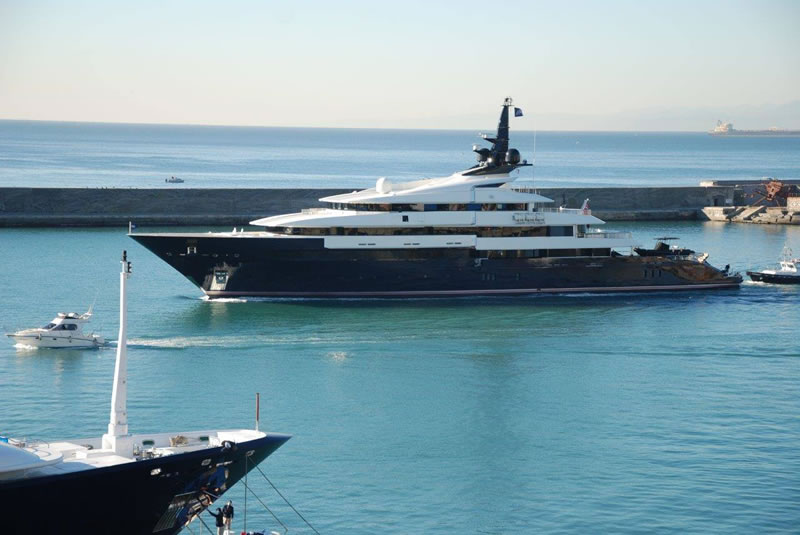 This yacht is owned by movie producer Steven Spielberg so as you can imagine one of the main features is an amazing cinema room. There is also the usual gym, spa and pools but despite it’s size it can only accommodate 12 guests!

The Lady Moura was built in 1990 and has gone from being the ninth largest yacht to 28th. The boats name and escutcheon are made from 24 carat gold which will give you an idea on how luxury the interior must be too. 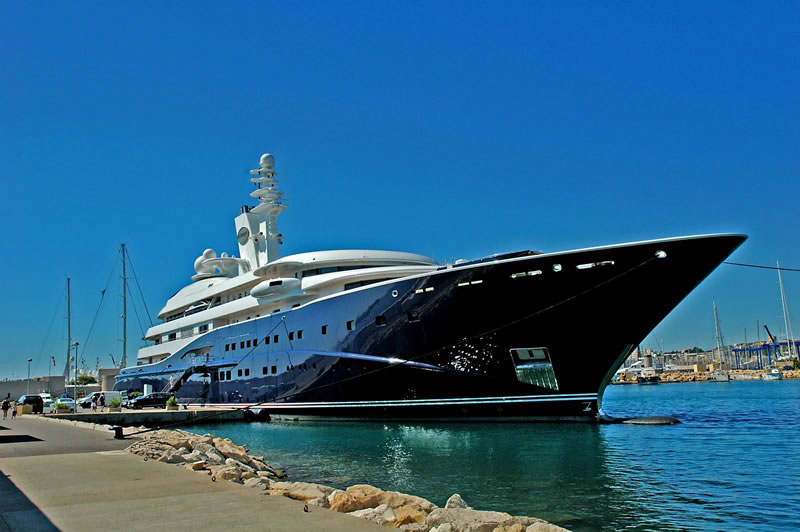 The Al Mirqab was built in 2008 and is one of the biggest yachts ever built. This boat can be seen docked up at the Faliro coastal area of Athens, Greece most of the year. 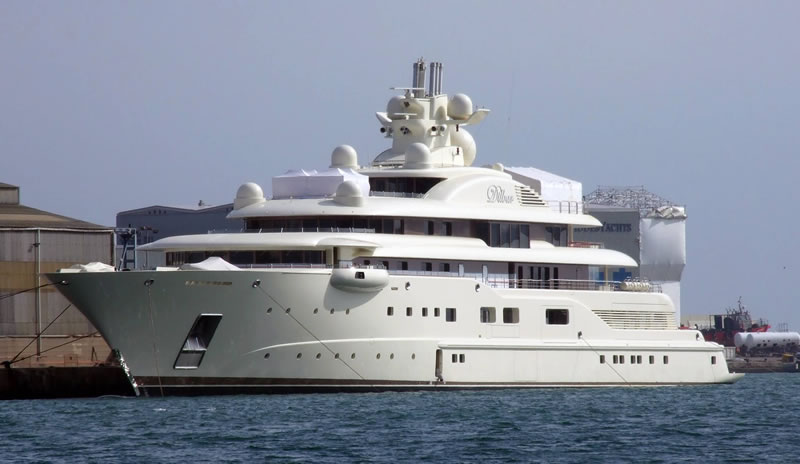 The Dilbar is owned by Russian billionaire Alisher Usmanov and was named after his mother. It was built back in 2008 and designed by Tim Heywood who also designed the Al Mirqab at number 6. 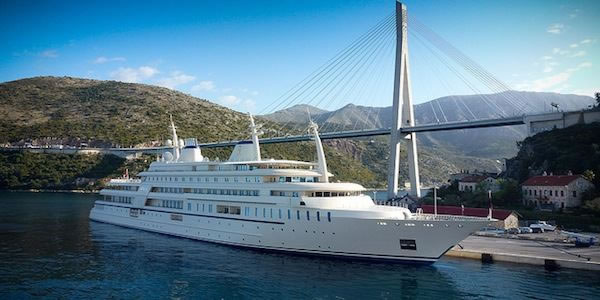 The Al Said was built in 2007 and was the second largest yacht at it’s launch. It is currently owned by Sultan Qaboos Bin Said Al Said of Oman who named the vessel after himself. It is also rumored to have a concert hall big enough to fit a full orchestra! 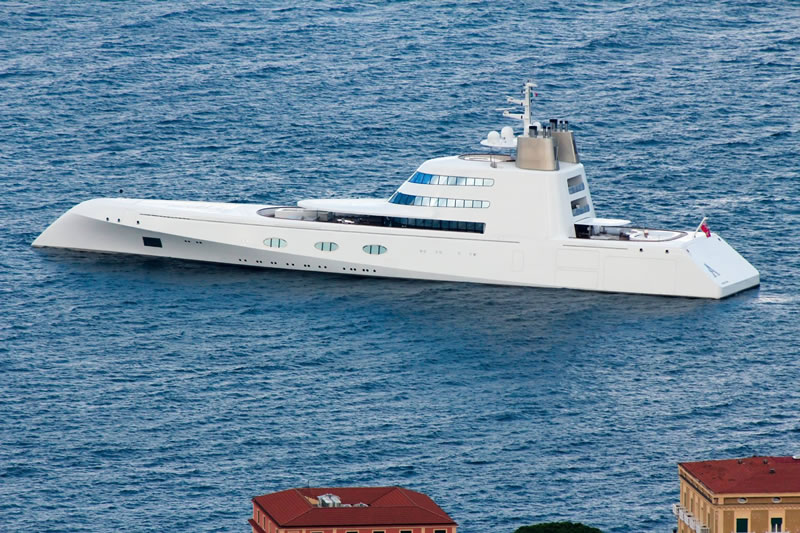 This uniquily shaped yachyt was launched in 2008 and with a top speed of 23 knots it is one of the fastest in it’s class. The Superyacht features three swimming pools because one pool just ins’t enough on a yacht. 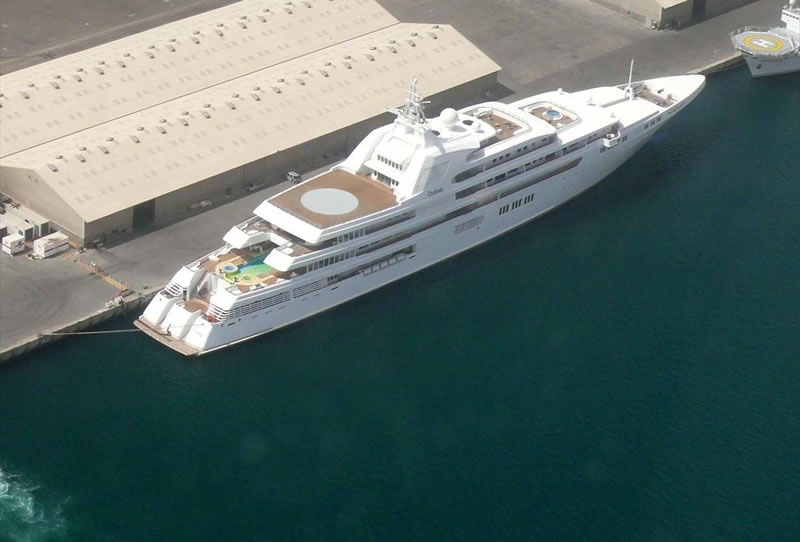 The Dubai is owned by the Prime Minister of the United Arab Emirates and is the third largest yacht in the world. It has been given the nickname “Floating City” because of its size and ability to hold 115 guests! 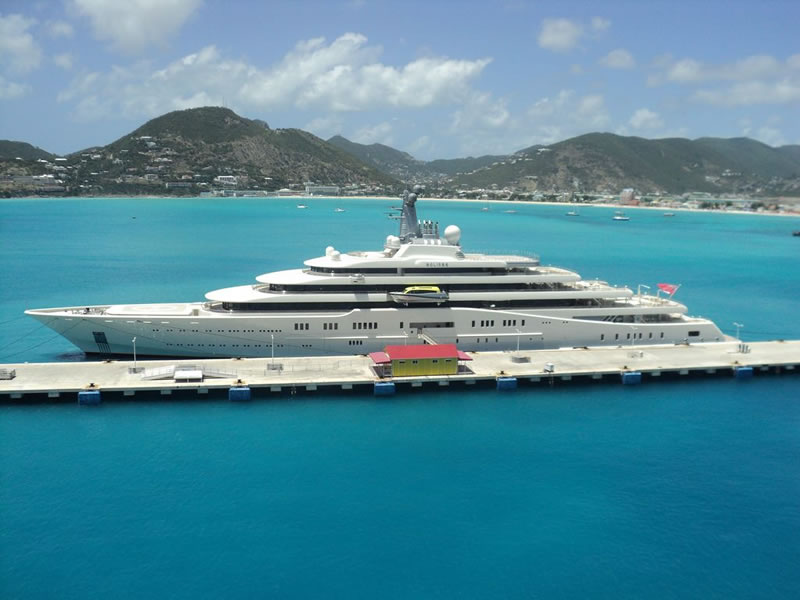 The Eclipse was launched in 2009 and is the most expensive yacht in the world and also the second largest. It features two helipads, three boat landing bays and even houses a mini submarine for when you want to explore the ocean floor.

Which of these amazing yachts would you love to own??

Article Source – The Most 10