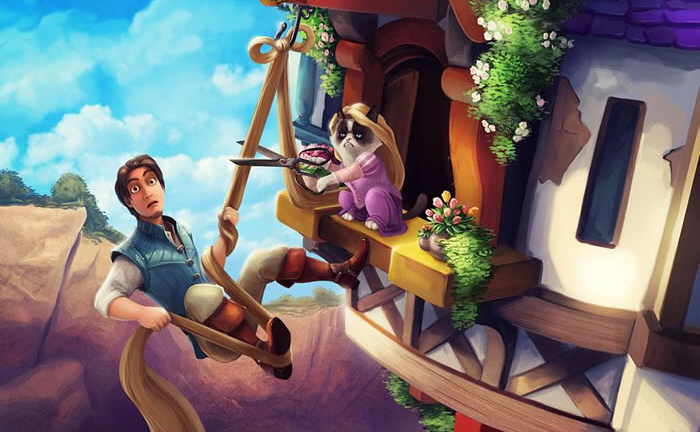 Digital artist Eric Proctor has created a series of pictures with the famous grumpy cat being photoshopped into classic Disney scenes.

Eric playfully reinterprets Disney classics that we all know and love with the Grumpy Cat as one of the main characters, making for hilarious results. In “Circle of No,” a parody of The Lion King, Mufasa (the father lion) seems to be confused as to whether the frowning cup is really his.

SEE ALSO – Could This Be A New Cat Breed Discovered?

In “A Whole New No,” which parodies Aladdin, the Grumpy cat takes the place of the prince and denies the frustrated hero’s suave advances. The first image, parodying the Little Mermaid, was so popular, that fans have been begging him to make more images.

The images are playful, clever, and drawn with care – perhaps because Tsaoshin is a devoted fan of the films he’s parodying. “Lion king is my favorite Disney animated masterpiece, so I feel a little guilty doing this. Only a little,” writes the artist. He also faced some difficulties adapting Grumpy Cat to some of the scenes, but wrote that, in the end, “nothing is impossible for grumpy cat… well… except love.” 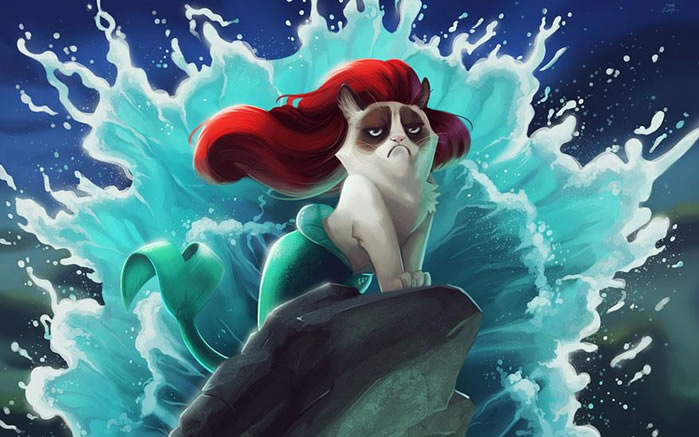 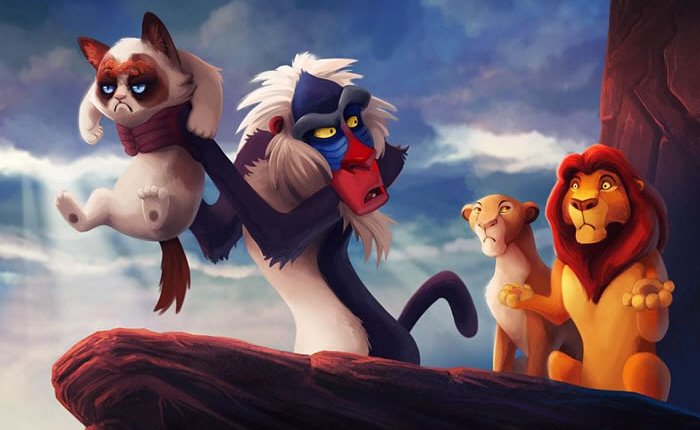 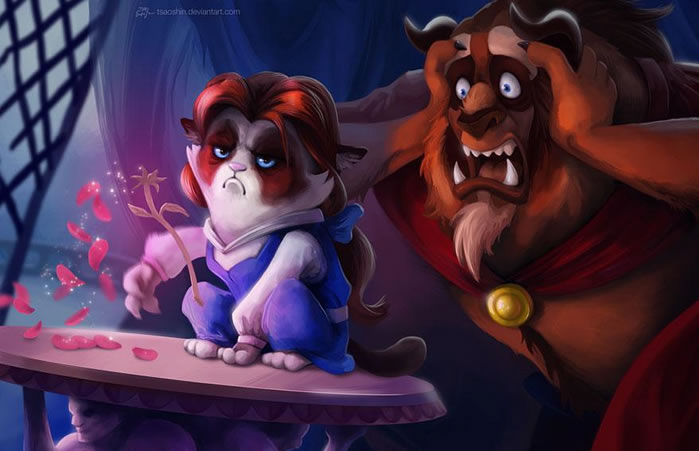 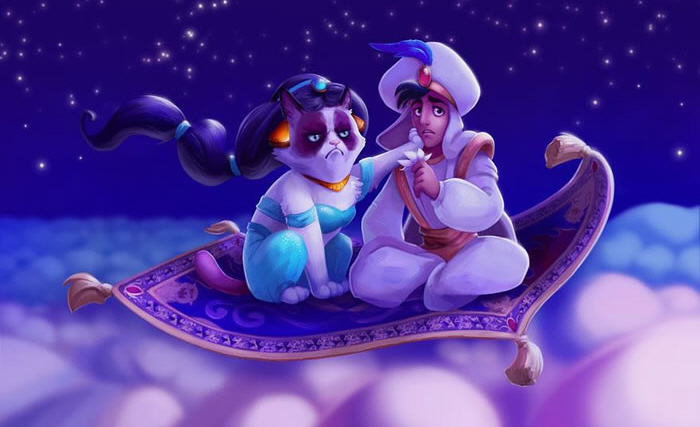