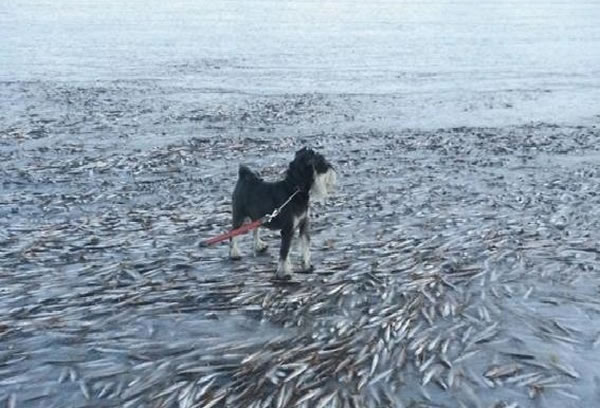 It has been so cold in Norway recently that a whole school of fish were frozen in place making the coastal seas a natural fish freezer.

Ingolf Kristiansen captured the picture of this bizarre phenomenon and provided to the Norwegian Broadcasting Corporation (NRK).

[SEE ALSO – Underwater Bedroom Lets You Sleep With The Fishes]

Aril Slotte, a pelagic fish expert at Norway’s Institute of Marine Research, speculated the herring had been herded into the shallows by cormorants, a natural predator, and were unable to flee to deeper water that was less likely to freeze. 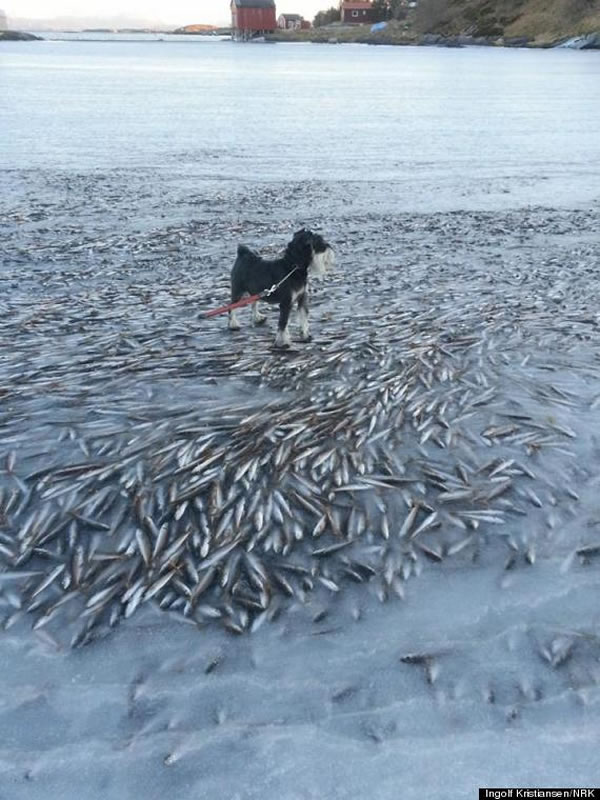 In January of 2012, 20 tons of herring mysteriously washed onto a beach in northern Norway, baffling scientists as to their cause of death. Theories included oxygen deprivation, disease, or particularly stormy weather, all of which feasibly could have killed the animals at sea, where they later drifted in to shore.

Whatever the specific cause, reports Reuters, mass animal deaths in the ocean are generally linked to some broader environmental instability, such as sudden temperature shifts or human actions.

Watch the news report below.

Norway is officially called the Kingdom of Norway. It has a total area of 385,252 square kilometres (148,747 sq mi) and a population of a little above 5 million. It is the 2nd least densely populated country in Europe.

Norway shares a long eastern border with Sweden and is the longest uninterrupted border within both Scandinavia & Europe at large. Norway is also bordered by Finland and Russia to the north-east, and the Skagerrak Strait to the south, with Denmark on the other side.

Norway’s extensive coastline, facing the North Atlantic Ocean and the Barents Sea, is laced with fjords, a renowned part of its landscape. The capital city Oslo is the largest in the nation, with a population of 650 thousand. Norway has extensive reserves of petroleum, natural gas, minerals, lumber, seafood, fresh water, and hydropower.