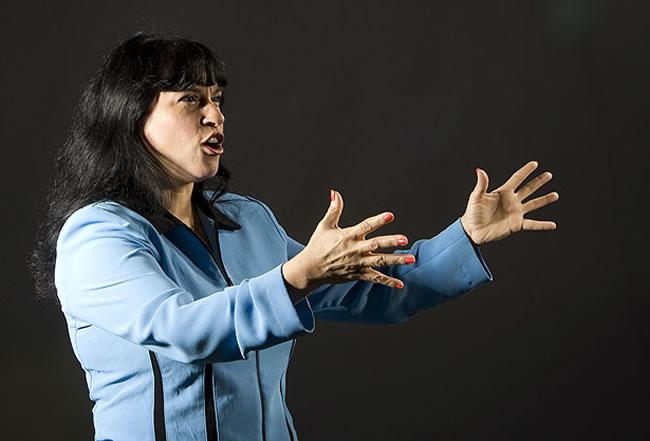 Meet the fastest talking woman who can blurt out over 600 words a minute. She talks so fast it’s almost impossible to keep up with her sentences.

Fran Capo currently holds the Guinness World record title as the fastest talking woman in the world. She can speak 11 words per second and tells the story of The Three Little Pigs in 15 seconds flat.

She has also been featured in the Ripley’s Believe it or Not, Planet Eccentric Book and in the Book of Alternative Records.

Born in New York, Fran has always been a fast talker. She started her career as a stand-up comic and started breaking records along the way.

Fran’s talent was noticed when she was working at a New York radio station back in 1986. After announcing she was gonna go for the record Fran was invited to attempt it on the Larry king show. She recited the ninety-first Psalm and broke the record, speaking 585 words in one minute in front of a national television audience.

After that her career took off. Fran attempted the record again in 1990 at the Guinness World of Records Museum in Las Vegas. She broke her previous record with 603 words in under minute.

Watch Fran Capo read the Three Little Pigs in the video below and see if you can keep with her.

To find out more about Fran Capo visit her official site.