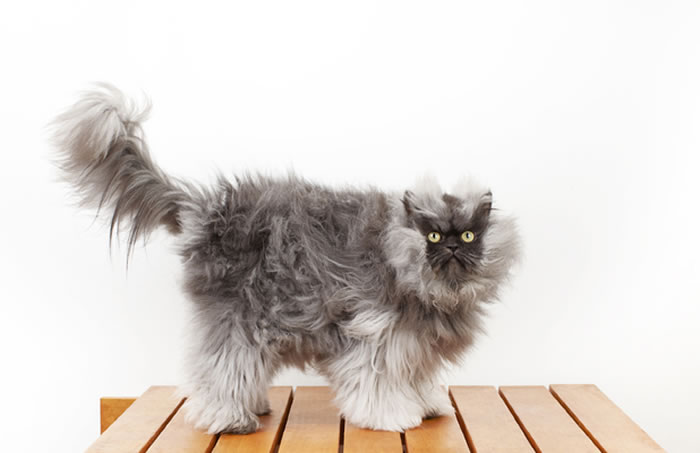 Colonel Meow has already become an Internet star and now he is going to be in the Guinness Book of World Records as the cat with the longest fur.

Colonel Meow, age two, is a Himalayan-Persian crossbreed with fur that reaches nine inches long. Meow’s fantastically furry features will be part of the newest edition of the 2014 Guinness World Records book, which comes out next month.

SEE ALSO – 10 Cats That Think They Are Liquid

Avey admits while the cat’s record-setting fur is something special indeed, it’s also kind of a pain in the butt. “Literally everything in the house has hair on it, including us! I feel like I’m always vacuuming!” says Avey.

Nine-inch fur? That goes a long way toward explaining the cat’s unique appearance. See more pictures of the Colonel and his fur below. 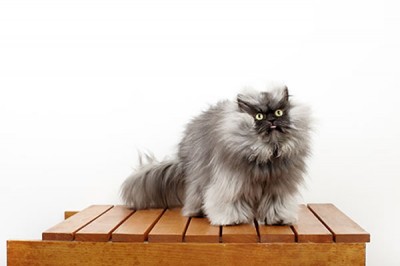 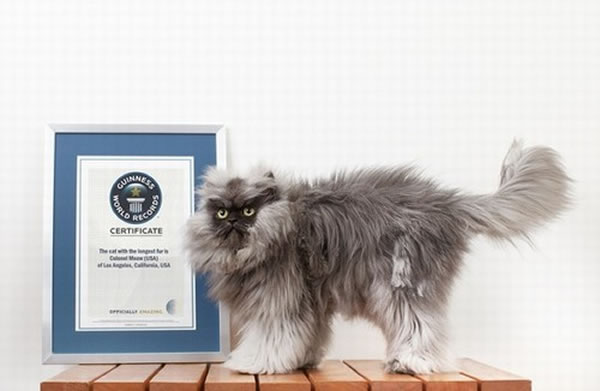