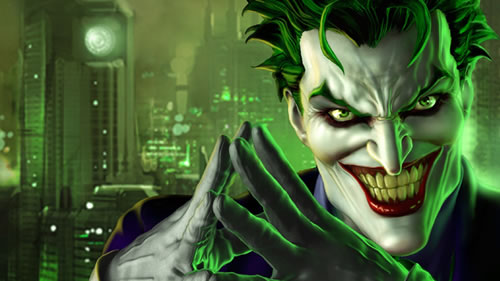 These 25 hardcore super villains from comics are most evil of all . They don’t care about life, pleasure, beauty, or anything good. If given the opportunity these bad guys would destroy anything and everything without hesitation.

So lets kick off our 25 super villains from comics you wouldn’t want to mess with. 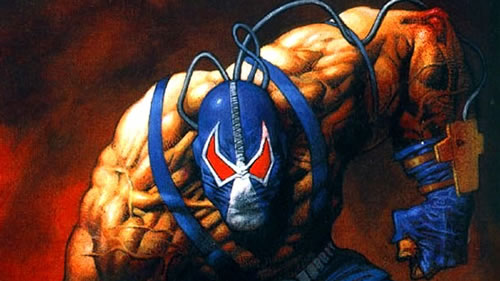 Bane is the only villain credited with breaking Batman’s back (you know you’re hardcore when you can even fight the Batman let alone break his back) earning Bane the reputation of being one of Batman’s most physically and intellectually powerful foes. He committed his first murder at the age of eight in a penitentiary in which he lived most of his life. He is extremely intelligent, a devious but brilliant strategist and tactician with a crazy photographic memory (which he used to decipher Batman’s true identity). In short, you don’t want to mess with this guy. 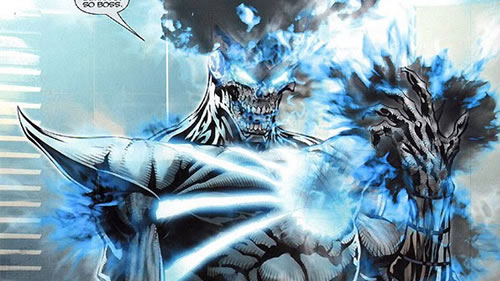 A being with an incredible power source bent on the destruction of worlds; deathstorm is the first of the revived black lanterns. Whats worse is that Deathstorm possess all the powers of the original Black Lantern Firestorm, meaning he can transmute organics into whatever he wants. For Deathstorm, raising demons from ashes or turning an opponents blood into acid, is easier than thought. 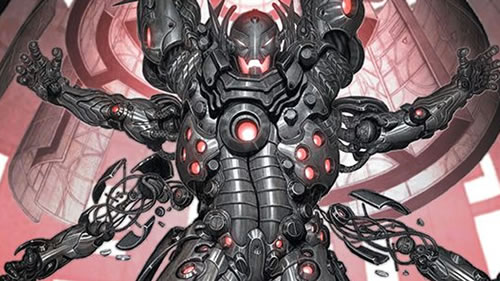 Like a weed that you just cant seem to fully kill, Ultron is the robotic villain who never seems to ever be terminated. A combination of lack of emotion (in most of his renditions), a super intellect, and a desire for order makes Ultron a merciless villain whose main goal is the complete destruction of human life. Even though the Avengers have defeated Ultron time and time again, the stubborn robot finds a way to recreate himself in order to bring about new chaos and destruction. 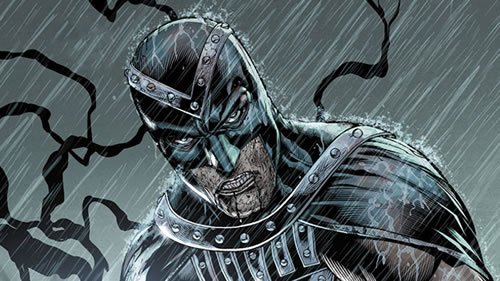 A deep fascination with death is always a worthy cause of alarm and in the case of Black Hand is an alarm best heeded. Since he was young William Hand always had a deep admiration for killing and death which manifested itself in the death of the family dog, many visits to the psychiatrist, and necrophiliac tendencies. He eventually ends up killing all of his family members and creates a super villain suit made out of a family member’s cadaver pouch. Eventually, Black Hand receives the black ring and is pronounced as the “embodiment of death” (after he kills himself and is reanimated mind you) which grants him incredible powers. 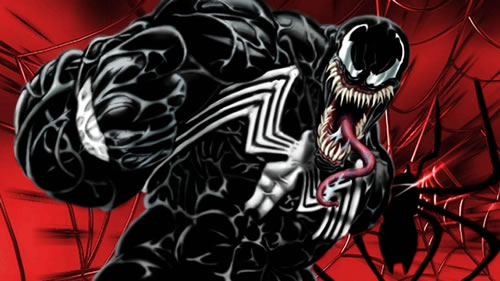 Originally an extraterrestrial being made up of a gooey ligquid like form, the symbiote fused with Eddie Brock (an enemy to Spiderman) to create the first Venom thus becoming Spider-Man’s dark, violent and murderous counterpart. With his hulking physique and monstrous, alien like mouth Venom has all of Spiderman’s powers and due to the fact that originally it fused with spiderman, the venom symbiote also shares Spiderman’s memories. 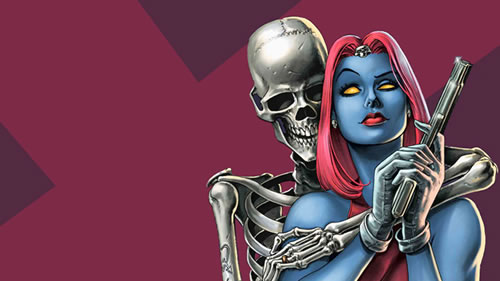 Raven Darkholme’s a.k.a Mystique is a mutant with the incredible ability to shapeshift into whatever personality she wants (a good thing since her natural appearance includes blue skin and yellow eyes). Dubbed as one of the greatest female villains ever created; she is the mother of Nightcrawler and a foster mother to Rogue. Don’t let her looks fool you, she is estimated to be over 100 years old. 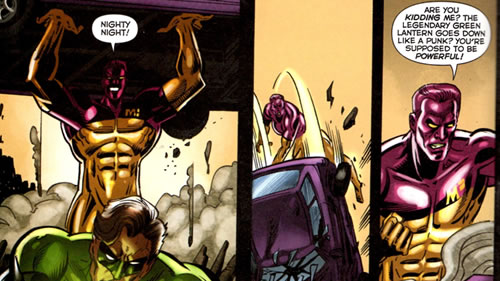 The term “fallen from grace” definitely applies to this guy. Major Force was once a superhero who switched into a life of villainy. He is responsible for raping and killing an entire village, the demise of a the green lantern Arisia, and the demise of Green Lantern Kyle Rayner’s girlfriend (whom he stuffed in a refrigerator). When you add the ability to control matter to an already twisted mind, the world becomes a blank page upon which to exact disastrous and evil deeds. 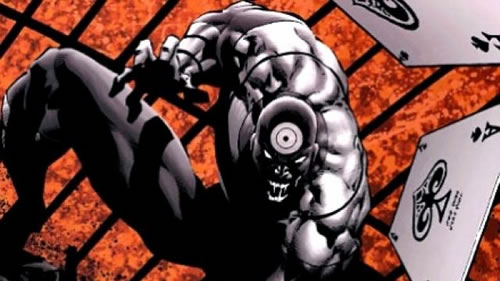 A psychopathic assassin, Bullseye uses the opportunities afforded by his line of work to exercise his homicidal tendencies and to work out his own personal vendetta against Daredevil. Bullseye is able to use almost any object as a lethal projectile, be it weapons like shuriken and sai or seemingly harmless objects like playing cards and pencils. 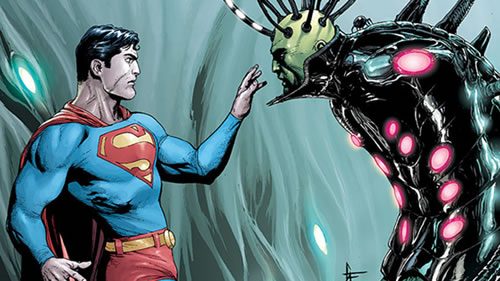 An extraterrestrial android, Brainiac is a principal foe of Superman, and is responsible for shrinking and stealing Kandor, the capital city of Superman’s home planet Krypton. Brainiac has a “12th-level intellect” which gives him incredible calculation abilities, enhanced memory and advanced understanding of mechanical engineering, bio-engineering, physics, and other theoretical and applied sciences, as well as extensive knowledge of various alien technologies. 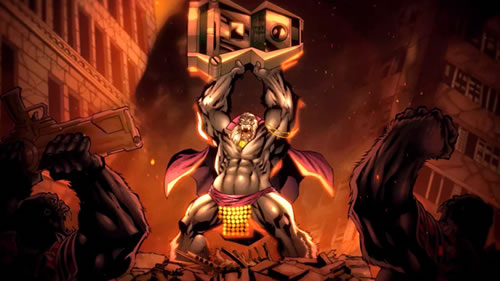 It’s hard to find someone who hates humanity more than Grodd as he believes the apes are the superior species. Gorilla Grodd is a hyper-intelligent telepathic gorilla with the power to control the minds of others. Grodd can also project telekinetic force beams, telekinetically transmute matter, and transfer his consciousness into other bodies. Powers that have helped him in his quest to destroy humanity (but obviously have not helped him enough) 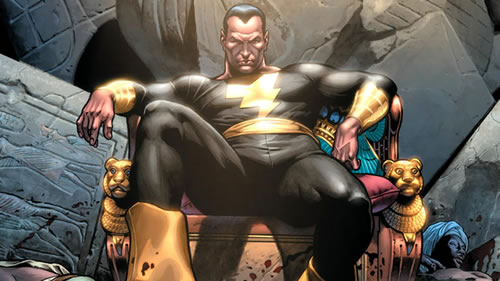 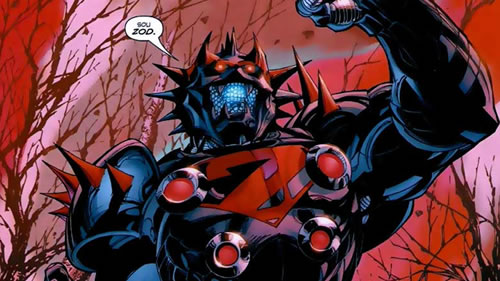 Stubborn, arrogant, and bent on ruling, general Zod is a militant kryptonian who finds himself on earth with the intention of ruling it. Like Superman, Zod benefits from the effects of the yellow granting him similar powers to Superman’s. However, seeing as zod was a brilliant military tactician trained in the art of war and battle, he tends to have an upper hand on Superman in a direct confrontation. 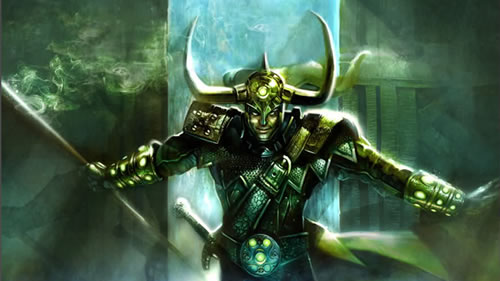 The adopted brother to Thor, Loki is actually a member of the race of Frost Giants called Jotunheim. In spite of his lack of height (must be one of those recesive genes instances) Loki does posses Asgardian traits such as super strength, stamina, immunity to all known diseases and toxins, as well as some resistance to magic.
Loki is a genius who posses high level of intellect and sorcery. Sadly, a deep hatred for Thor rules Lokis every thought which often times places earth in harms way. 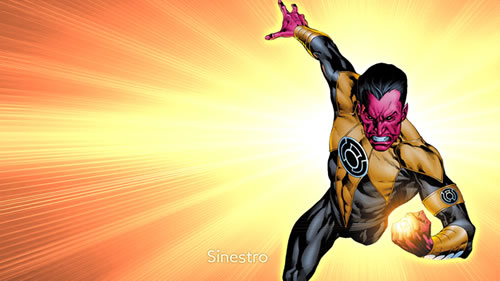 Thaal Sinestro is the former mentor of Hal Jordan and the arch-nemesis of the entire Green Lantern Corps. Sinestro wields a yellow power ring, with which he can create yellow energy constructs, fly, create force fields, etc. Unlike the Green Lantern ring, the yellow ring is powered by the emotional energy of fear requiring the wearer to be an expert in inspiring and manipulating fear to use it. 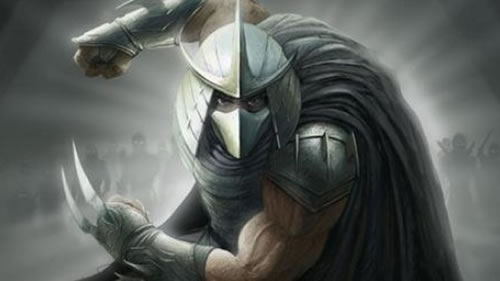 Oroku Saki, better known as The Shredder, is the arch enemy of the Teenage Mutant Ninja Turtles and their master Splinter. As the leader of the Foot Clan, he possesses cunning as well as ruthless intelligence, strategic leadership skills, Olympic-athletic skills and is a master of the art of Ninjutsu. 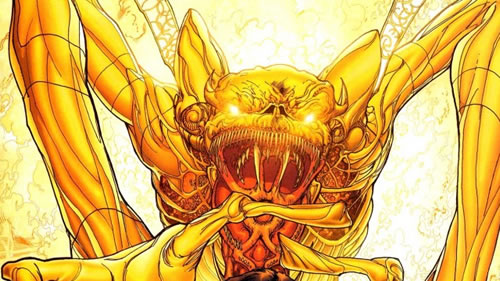 Heralded as the embodiment of fear, parallax is an ancient demonic entity that was once imprisoned within the Central Power Battery on the planet Oa, (this is the place from which all Green Lanterns derive their power). Parallax is so hardcore that he came close to completely wiping out the whole lantern core. Even the specter who is one of the most powerful beings in the DC universe has demonstrated fear against Parallax. When someone who is dead is driven to fear…that’s pretty hardcore. 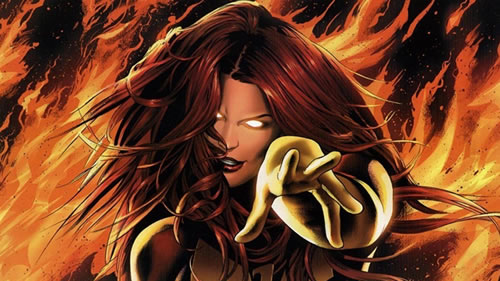 You should always fear a women’s scorn a fact that cannot be any truer when it comes to Jean Grey as the Dark Phoenix. Possessing incredible amount of telepathy and telekinetic abilities, she can control matter at will. As the Dark Phoenix, Jean Gray is responsible for destruction of billions (yes billions) of lives when she destroyed an inhabited solar system by feeding on a nearby Dbri star, thus causing a supernova. Anyone who can destroy a whole entire solar system at will is definitely hardcore (do not make this gal angry). 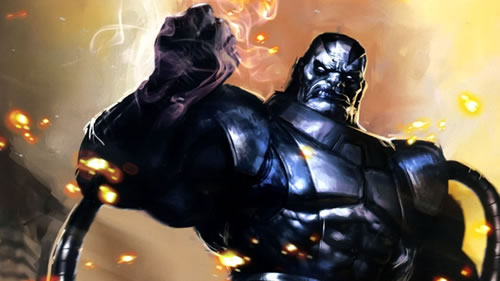 An ancient mutant En Sabah Nur (better known as Apocalypse) was born in Egypt and possesses superhuman strength and stamina (however, the entire host of his powers are somewhat nebulous). He can also alter his size, is highly-resistant to injury and is immortal. His belief in the survival of the fittest has influenced his desire to alter the genetics of many willing and unwilling mutants such as the Archangel, Sinister, and even Forge in order to create elevated supermutants. 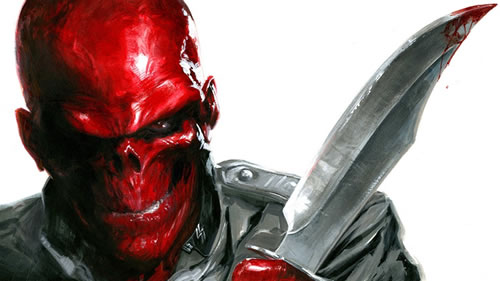 A Nazi agent, red skull is the arch enemy to Captain America but does not posses any superhuman abilities. However, he has a brilliant, inventive and twisted mind which has aided him in his plots against Captain America. Red Skull is a ruthless, vengeful villain who will stop at nothing to accomplish his goals. 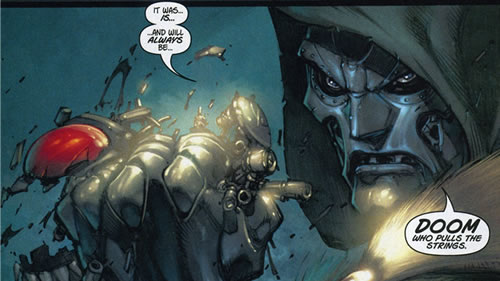 Considered to be one of the most intelligent humans in the Marvel universe; Victor von Doom’s intellect is more than a match for the leader of the fantastic 4′s Reed Richards and has been one of the Fantastic Four’s consistent foes. He posses an array of mystical powers that range from energy projection to technopathic control over certain machines. 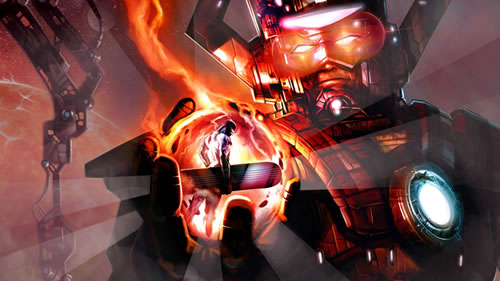 Galactus considers himself a higher being than all non-abstracts, maintaining his existence by devouring planets that have the potential for supporting life. This has resulted in the elimination of entire extraterrestrial civilizations on numerous worlds. Galactus wields the Power Cosmic and can employ it to produce nearly any effect he desires, including the molecular restructuring and transmutation of matter, the teleportation of objects — even an entire galaxy — across space or time. 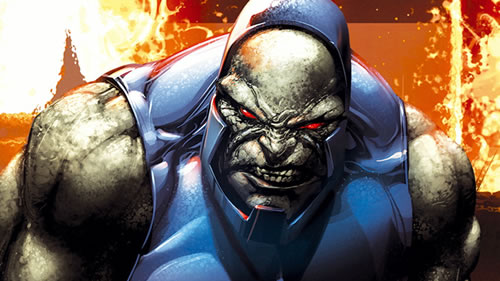 Darkseid is one of the most powerful and evil characters in the DC universe. So evil in fact that in order to obtain the Omega Force, Darkseid killed his own brother. His ultimate goal is to eliminate all free will from the universe. 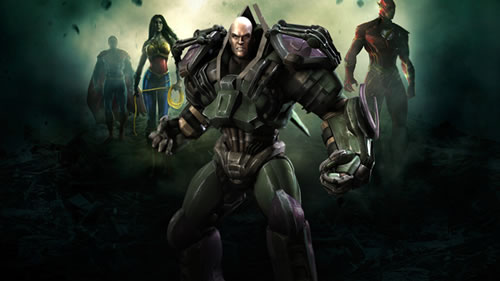 Luthor is one of the most dangerously intelligent men on the planet and has been described as a ‘power mad’ evil scientist, industrialist and a villain all rolled into one. What he lacks in superpowers he more than makes up in his cunning, advanced intellect which he uses to device and attempt ways by which he can destroy the man of steel. 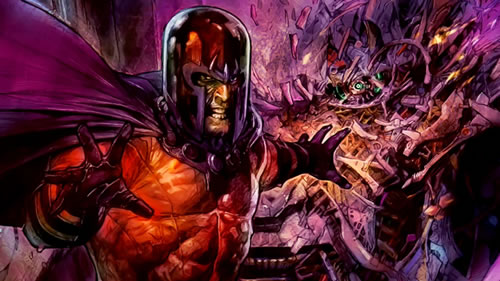 Arguably the most powerful mutant in the Marvel universe; Magneto is known as “The Master of Magnetism” for his ability to comprehensively control every form of magnetism and uses them to control and manipulate ferrous metals for different effects. He also has genius-level intellect and is an excellent strategist with a concrete grasp on various languages.

Serial killer + villain + dangerous madman dressing like a clown = the Joker. Aside from that, he’s often known as Batman’s greatest adversary, a deadly and very unpredictable physical combatant as well as a brilliant and ruthless criminal genius. While most villains have some sort of goal in mind (like world domination, respect, or power) what makes the Joker so supremely villainous is the fact that he has absolutely no motivation behind his mayhem save for a twisted and sadistic desire to “watch the world burn”.

Which is you favorite super villains from comics?