6 Superman Movies That Were Never Made But Came Close 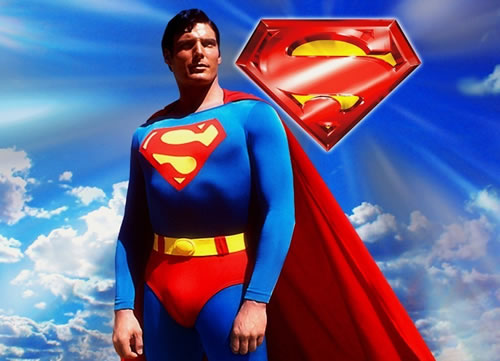 Superman The Man Of Steel is becoming a huge success world wide but did you know there were actually 6 other Superman movies that were never made but came close.

Though both 1978’s Superman and 1980’s Superman II are widely acknowledged to be classics, the Christopher Reeve-starring films petered out at the end with the disappointing Superman III and the truly awful Superman IV: The Quest for Peace.

According to comic book writer Cary Bates — who pitched a concept for a fifth Superman movie in 1991 that he says was almost greenlit — the franchise could have been saved by his script for Superman V. He says it was designed “to leapfrog over Superman III and especially IV, and return the series to the high mark achieved in 1 and 2.”

The plan was “to do a fully developed, balls-out science fiction story pitting Superman and Brainiac against each other mano a mano,” Bates continues at Newsarama. In Superman V, the extraterrestrial android would have arrived on Earth to shrink Metropolis and put it into a bottle as part of a larger collection of miniature cities. Then Brainiac would discover that Superman was in the tiny city, and he would have shrunken himself down to battle the Man of Steel, resulting in a brutal fight that would have left Superman dead years before a similar storyline appeared in the comics.

So what happened? According to Bates, producers Ilya and Alexander Salkind — who held the rights to the character at the time — put Superman V on hold to focus on their other project,Christopher Columbus: The Discovery. By the time they were ready to produce the superhero project, Warners Bros. had announced the TV show, Lois & Clark, which killed any other Superman projects in development.

In retrospect, Bates thinks it was for the best: Given the rudimentary state of CGI at the time, his screenplay “was probably too ambitious and ahead of its time, given the modest projected budget.” Any fans who are still curious can read an original draft of Bates’ script at the Superman Homepage.

Producer Jon Peters, who made a splash with Batman in 1989, had his own plan to revive the Superman franchise in a post-Reeve era. Once the rights to Superman were reacquired by Warner Bros., Peters hired screenwriter Jonathan Lemkin to write a reboot of the franchise that owed a heavy debt to 1992’s massively successful comic book story The Death of Superman.

In Lemkin’s Superman Reborn, the Man of Steel would have squared off against a vicious intergalactic killer called Doomsday, with both characters dying at the end of the battle. In his dying breath, Superman would have confessed his love for Lois Lane, which would somehow have rendered her pregnant with a superbaby.

For reasons, once again, that went largely unexplained, the baby would have grown into adulthood in a matter of weeks, taking over for his father as Superman.

Poirier’s script added several new villains, including Brainiac, Silver Banshee, and Parasite — and though it still featured the death of Superman, it skipped the magic pregnancy/superbaby angle in favor of a government project that would have revived Superman. But Kevin Smith, who had his own ideas for the franchise, hated Poirier’s script, and pitched his own concept for the reboot.

So what was Kevin Smith’s concept for Superman? The script, which he called Superman Lives, also featured Brainiac as a villain, and included the death and resurrection of Superman in its storyline. Unfortunately, the similarities ended there. In an extended monologue at a fan event, Smith revealed that there were a number of absolutely insane parameters placed on his screenplay by producer Jon Peters.

According to Smith, in his first meeting with Peters, the producer explained that he envisioned Sean Penn as Superman because he wanted the hero to come across as “a violent, caged animal — a f–king killer.”

After reading Smith’s first draft, Peters asked Smith to add “a gay R2-D2” as a sidekick for Brainiac, and a character resembling Chewbacca, in order to capitalize on the success of the then-recent Star Wars re-releases.

Eventually, Batman director Tim Burton signed on to direct Superman Lives, with Nicolas Cage attached to play Superman. Burton had Smith’s script thrown out in favor of a new script by writers that he’d personally chosen.

After various writers and directors tried and failed to get the next Superman film into production, one script stood out: Batman vs. Superman, from a script by Andrew Kevin Walker. In a 2002 interview with Variety, director Wolfgang Petersen expressed his enthusiasm for the project: “It is a clash of the titans. They play off of each other so perfectly. [Superman] is clear, bright, all that is noble and good, and Batman represents the dark, obsessive and vengeful side. They are two sides of the same coin and that is material for great drama.” He also predicted that the entire genre would be permanently altered by 9/11.

In the film, a retired Bruce Wayne’s wife would have been murdered at their wedding, by the Joker, prompting Wayne to seek revenge and uncover a complex plot that involved Lex Luthor. Batman would then turn against his former best friend Superman before they teamed up once again to take Luthor down.

Petersen had originally suggested that Matt Damon was the kind of actor he was looking for, though it’s unclear if he meant Damon would play Batman or Superman. Reports indicate that the long list of favorites for either of the two starring roles included Johnny Depp, Colin Farrell, James Franco, Jude Law, and Paul Walker.

In the end, Warner Bros. decided to shelve Batman vs. Superman in favor of a competing script that focused solely on the Man of Steel: Superman: Flyby, by J.J. Abrams. (The Batman franchise, which went through its own extended development cycle, eventually reemerged with Batman Begins in 2005.)

Superman: Flyby was a full reboot of the franchise centered on the far-reaching effects of a Kryptonian civil war — between Superman’s father Jor-El and his uncle Kata-Zor — which eventually extended to Earth. Once again, Superman dies and is resurrected, and the story ends with Superman leaving Earth to go back to Krypton, setting up a sequel.

Over its troubled development process, many, many actors were discussed as possible stars for Superman: Flyby, including Josh Hartnett, Jude Law, Paul Walker, Ashton Kutcher, James Marsden, and Brendan Fraser.

After months of false starts, director Brett Ratner dropped out of the project and was replaced by McG, who dropped out when Warner Bros. insisted on shooting in Australia to save money. (Ironically enough, he later conceded that he’d been afraid of flying.) Though Abrams volunteered to direct, Warner Bros. hired Bryan Singer, who finally delivered an actual Superman movie in 2006: The Brandon Routh-starring Superman Returns.

Unfortunately for all involved, Warner Bros. was underwhelmed by the reaction to Superman Returns. (Though, perhaps it was an understandable response from the studio, given the movie’s decade-plus development cycle.) The studio decided to go in a new direction with the franchise, but a sequel to Superman Returns was already in the early stages of development.

According to a 2010 interview with screenwriter Michael Dougherty, the film would have introduced other Kryptonians, though he wouldn’t say whether they would be villains. He also hinted that Brainiac might have made an appearance. And while he noted that Snyder’s Man of Steel (in pre-production at the time of the interview) would be another reboot, he thought there was a decent chance that Brandon Routh would star again. (Sorry, Brandon.)

And here we are, more than two decades after Reeve’s Superman took flight, as Man of Steel hits theaters. Will it be the smash-hit Superman film that screenwriters and directors have been trying to create for so long, or does Superman have yet another reboot in his future?

Would you have liked to have seen any of these 6 Superman Movies That Were Never Made hit the big screen?