Cat Breeder Discovers A Cat That Looks Like Werewolves 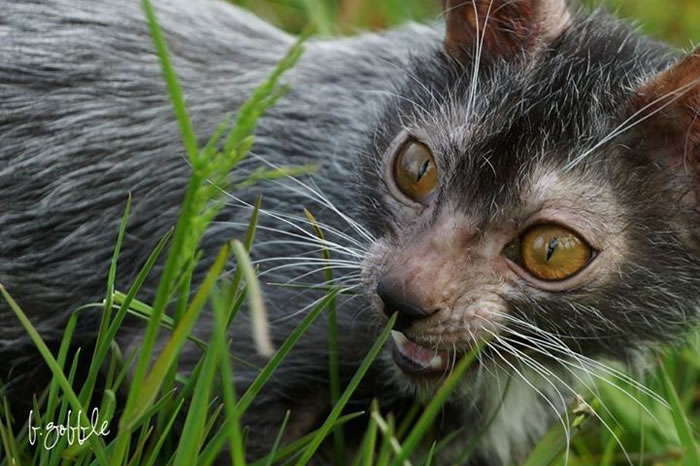 A Tennessee cat breeder has discovered a new breed of cat which resembles a werewolf. It is being called ‘Lykoi’ and apparently behaves more like a dog than a cat.

This species of cat is the result of a genetic mutation in a domestic short hair cat. It’s hair is very patchy and when combined with green eyes and sharp it resembles a werewolf.

The name ‘Lykoi’ is a Greek word which means ‘wolf cat’ but it’s not just their appearance that is wolf like, they also seem to have the personality of a dog too. According to their owner “They like to hunt around the house for whatever they can find. They show caution to strangers but warm up quickly and become very friendly.” Which is what most cats do anyway.

The cat breeder who discovered this new species is Johnny Gobble who claims that there was no human intervention involved and the cat was born from a natural gene mutation. 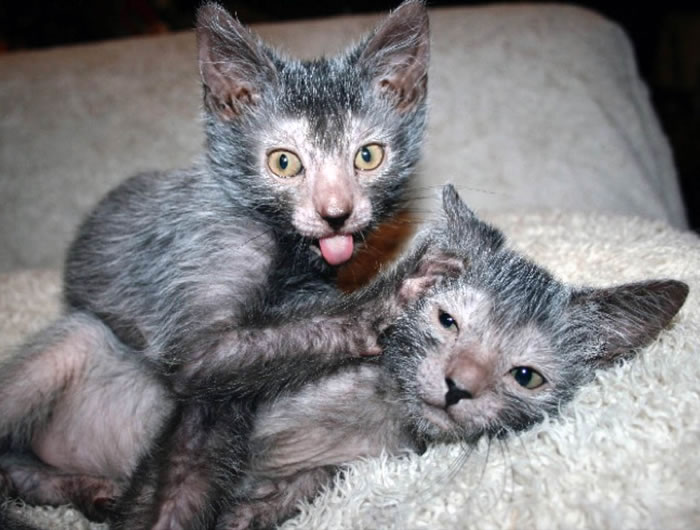 It all started when Gobble, his wife Brittney and Patti Thomas found the first two kittens. Gobble then used the cats to breed more of these strange Lykoi kittens.

Before breeding started the cats were examined to make sure they weren’t suffering from any genetic illnesses. Due to their strange fur coats they were also tested by doctors at the University of Tennessee for any skin abnormalities.

During these tests it was discovered that the hair follicles on the cats were missing components that were needed to grow hair thus creating the strange werewolf appearance. Even the hair follicles that were able to produce hair were not able to grow properly so it is highly likely that these cats may go completely bold over time.

After numerous tests the cats were declared healthy and breeding began. The first Lykoi was born September 2011 and named ‘Daciana’. 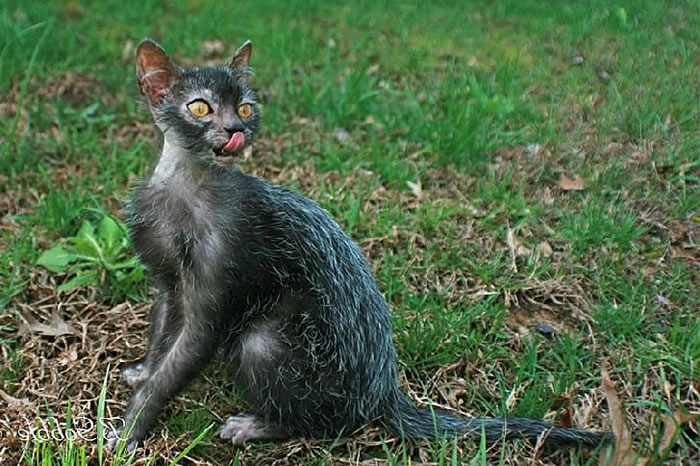 The Lykoi kittens have since become very popular over the last couple years. There are just seven registered breeders in the world and Gobble receives a flood of requests everyday. 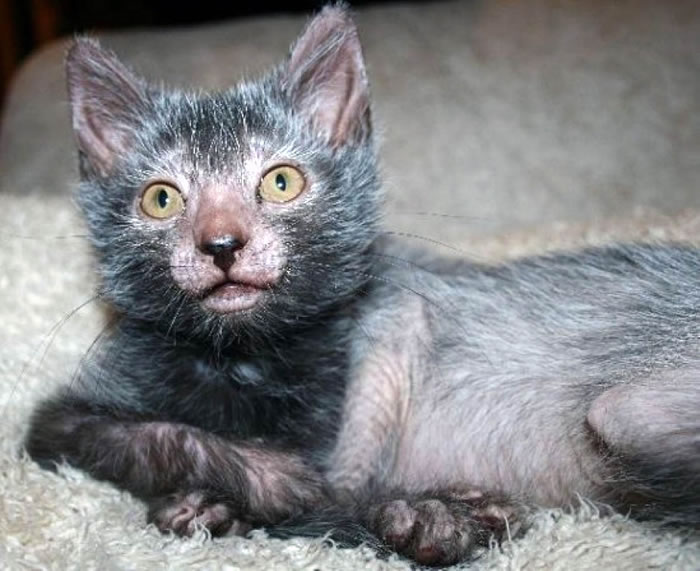 Would you want one of these werewolf cats as a pet?

OTHER CAT RELATED STORIES YOU MAY LIKE:
– 20 Adorable Pictures Of Cats And Parrots As Friends
– 20 Crazy Cat Beds For Over Sized Kitties
– Colonel Meow Wins World Record For Cat With Longest Fur
– Top 10 Fascinating Facts About Cats