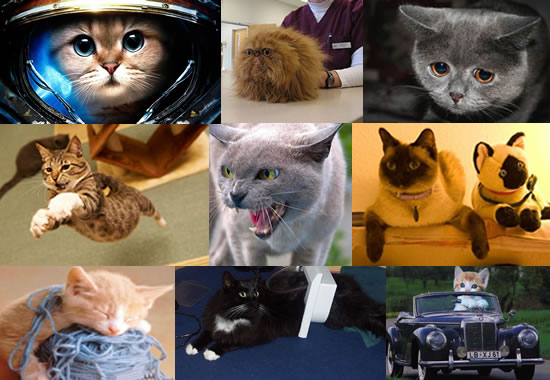 People love their pets. Be it a cat, dog, hamster or goldfish, most U.S. residents have some kind of non-humanoid companion sharing their home. According to a survey by the American Pet Products Manufacturers Association (APPMA), however, cats win hands down when it comes to the sheer numbers that reside in American abodes.

The facts about cats confirm there are over 73 million in houses throughout the country, as opposed to 68 million dogs. Although many dog owners would disagree, that means cats are the preferred pets among the four-legged furry variety.

Ken Hubbard is an antiques dealer with the company 2wice As Nice in Wheat Ridge, Colo., a suburb of Denver. He’s also the owner of two black American shorthairs, Lace and Bear.

“Cats can be fun, intuitive and loving. But they can also have an evil side,” Hubbard chuckles. “They have their routines and they can be very demanding. Mine will torment me in the morning until they get me out of bed, with lots of stalking around the room and covers and a lot of meowing.”

If you’re a cat lover you’ve certainly experienced both sides of the coin. For your reading pleasure, we’ve pulled together a handful of interesting facts about cats. 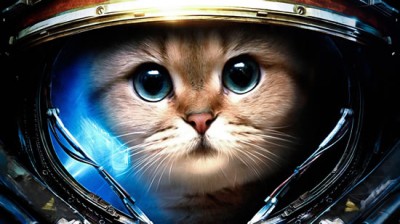 In 1963, France sent the first cat into space. Known as Felicette, she was also dubbed “Astrocat” by the press. Via implanted electrodes, Felicette’s vitals were constantly monitored and she successfully returned to Earth. Granted, shooting your cat into the cosmos via rocket is probably not the best of ideas, but it does attest to their durability. Rest assured a fall from a high shelf, the top of a refrigerator or a tree branch holds probably very little threat to their well-being. 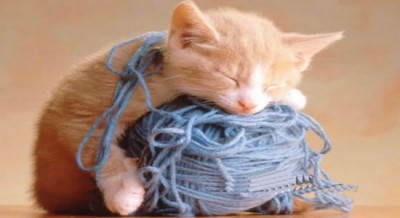 On average, cats sleep about two thirds of every day. If you do the math, it means your 9-year-old kitty has slept away about six years of life. Chances are, they’ll find a particular place they enjoy and it becomes their favorite napping spot. Keep it clean for your feline friend and free of a buildup of fur and pet dander. It’s also a good idea to make sure it’s safe and stable. Although injuries in falls for most cats are rare, they are more likely to occur in very short distance slips. When combined with the sleeping state, some cats don’t always have the time to right themselves and land on all fours. 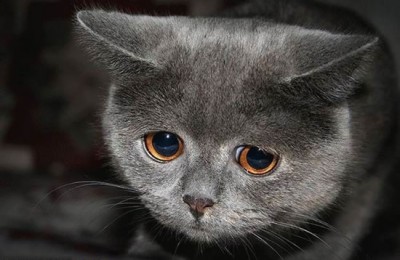 A cat’s gray matter shares some remarkable similarities to a human brain. Although experts disagree on the depth and range, all confirm that kitties feel emotions not that dissimilar from people. Happiness, excitability, playfulness, depression and anger. Any cat lover will agree — they’ve witnessed all that and more in their quadruped BFF. Watch out for that last emotion — an unhappy cat can leave you with a urine-soaked chair, shredded rolls of toilet paper strewn about or even broken dishes. 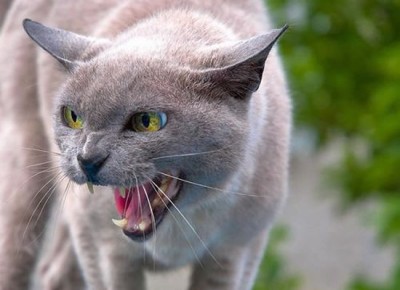 It’s true — the bite from a cat can be toxic and dangerous. Approximately 40,000 people are bitten by cats in the United States every year. “It is a serious danger,” says Peter Muller, a doctor of veterinary medicine and the owner of Briarcliff Animal Hospital in Atlanta. “A cat bite can result in a serious bacterial infection of Pasteurella multocida,” Muller explains. “It can be treated very easily with penicillin, but left unchecked, especially in the elderly or those with compromised immune systems, it can potentially grow underneath your skin, spread throughout your lymph system, and, in some rare cases, lead to death. That’s why it’s always a good idea to see a doctor right away after a cat bite.” 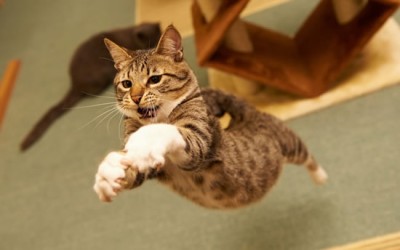 Did you know that some cats can jump up to five times their own height in just one leap? It’s true. What does that mean for a cat owner? Make sure fragile breakables are stored out of harm’s way: Opt for china cabinets with closing doors or enclosed display cases to protect heirlooms and collectables from an acrobatic cat. 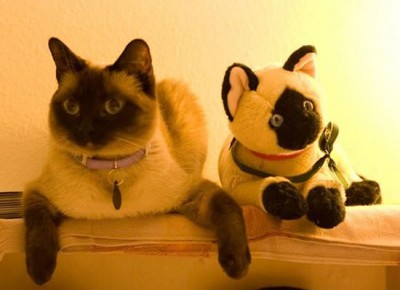 6: Cats can be cloned

Have a favorite cat with the best personality ever and a lot of extra money to spend? Have ‘em cloned! Yes, the technology exists and is accessible if you have the dough to fork out. “Little Nicky” was born in 2004 and was the first commercially cloned feline. Reportedly produced from the DNA of a deceased Maine Coon, the owner doled out $50,000 to replicate a new version of an old friend and claims the personalities of the two cats are strikingly similar. (If cloning isn’t in your budget, may we suggest the route taken by the cat pictured here named Moo Shu, who is not a clone, and her “best friend” Moo Two.) 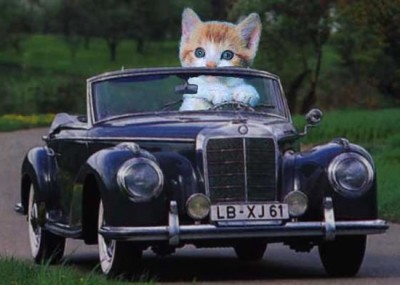 Lost cats really can find their way home. Various experts point to sunlight angles, the Earth’s magnetic fields and another capability referred to as PSI Traveling. Whatever the case, there are documented accounts of cats taking long and arduous journeys to reach home and a favored human companion. 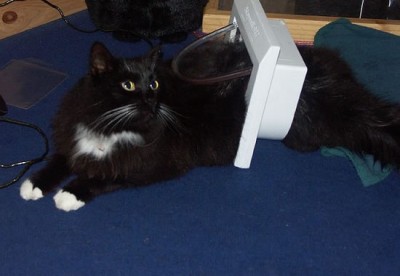 8: Cats can use pet doors

For families that maintain indoor-outdoor cats, nothing’s more convenient than a pet door. Know who came up with the idea? Gravity King Sir Isaac Newton! According to various tales passed down over the years, Newton was experimenting with light in a darkened room and one of his most prized cats (reportedly named “Spithead”) kept opening the door and disrupting the experiment. To keep his work intact and allow the cat the freedom to roam, he cut a small hole in the door and covered it with cloth. That evolved into what is today known as a pet door, suitable for both cats and dogs. 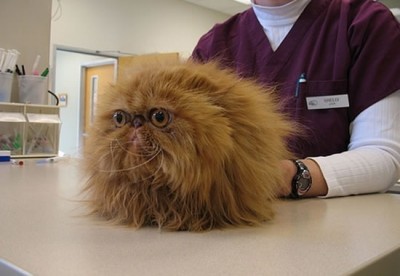 A cat’s body is covered with approximately 130,000 hairs for each square inch. Everybody knows what that means for your house or apartment: hair, hair, everywhere! Let’s be honest — there is nothing you can do that will ever get rid of all of those feline follicles. However, you can minimize the impact with daily brushings, and, of course, regular vacuuming. For clothing, try a lint brush and a pair of tweezers. 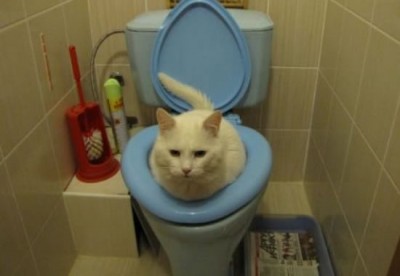 Cat-training experts and they claim that there’s no need for kitty litter. You can definitely train your cat to use the toilet.