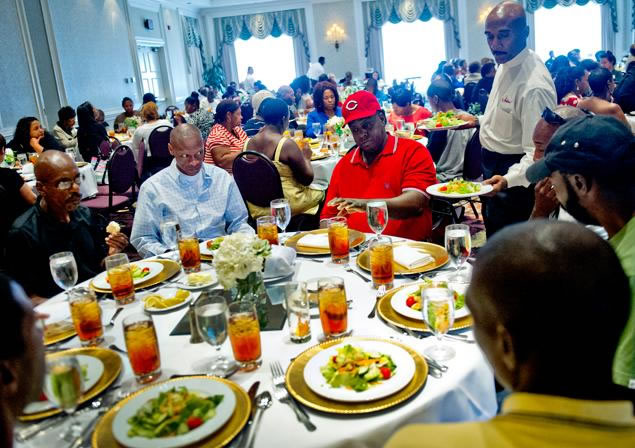 A bride to be canceled her wedding weeks before the big event so parents Carol and Willie Fowler decided to donate the wedding reception party to two hundred of Atlanta’s homeless.

When the people at the Hosea Feed the Hungry charity in Atlanta got a call from someone offering to donate a lavish meal at the upmarket Villa Christina restaurant to the needy, they thought it was a prank. But Carol and Willie Fowler were dead serious.

Their daughter Tamara had just canceled her big weeding, but they weren’t about to let all the food they had ordered for the big event go to waste. ”It was my husband’s idea,” Mrs. Fowler told WBUR. ”We prayed about it. And when he woke up the next morning, he said, ‘We’re going to call Hosea Feed the Hungry and ask if we can donate it to the needy.” 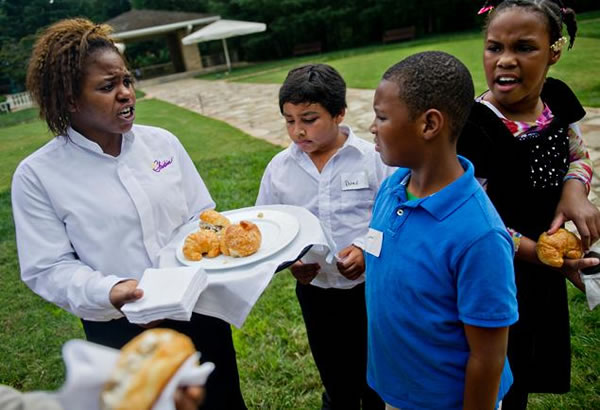 They set the whole thing up with the help Elisabeth Omilami, CEO of Hosea Feed the Hungry, and on September 15, 200 of Atlanta’s less fortunate were treated to fine dishes and drinks in an event dubbed ”The First Annual Fowler Family Celebration of Love”. Talk about turning lemons into lemonade, right?

Many of the guests were not accustomed to gold plates and crystal glasses like the ones at Villa Christina, and some of the children were wondering if they should take the whole tray of food or just one item off the tray, but Elisabeth Omilami said this just meant the event had an educational purpose as well, because the guests now know how to eat a four-course meal and the etiquette involved. 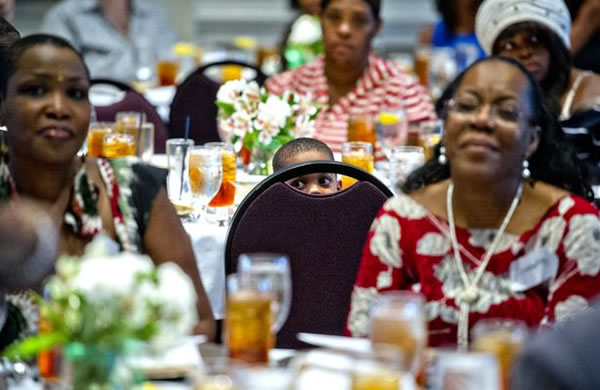 The First Annual Fowler Family Celebration of Love was such a success that the Fowlers plan to host a similar event next year, this time paid for by sponsors.