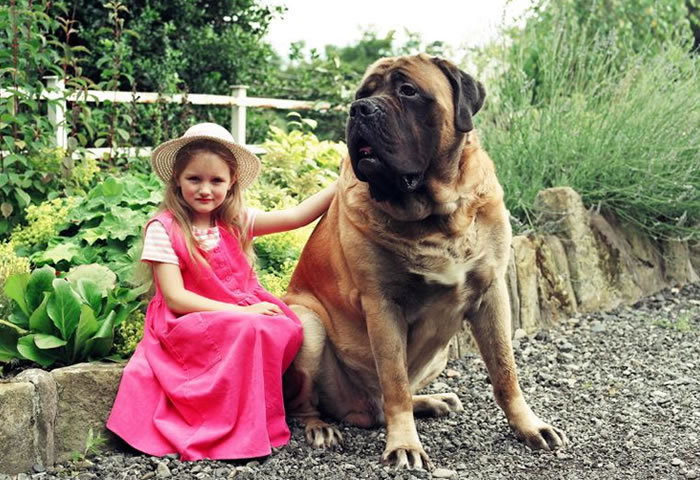 The English Mastiff, referred to by most Kennel Clubs simply as the Mastiff, is a breed of large dog perhaps descended from the ancient Alaunt through the Pugnaces Britanniae. Distinguishable by enormous size, massive head, and a limited range of colours, but always displaying a black mask, the Mastiff is noted for its gentle temperament. The lineage of modern dogs can be traced back to the early 19th century, and the modern type was stabilised in the 1880s. Following a period of sharp decline, the Mastiff has increased its worldwide popularity.

With a massive body, broad skull and head of generally square appearance, it is the largest dog breed in terms of mass. Though the Irish Wolfhound and Great Dane are taller, they are not nearly as robust. 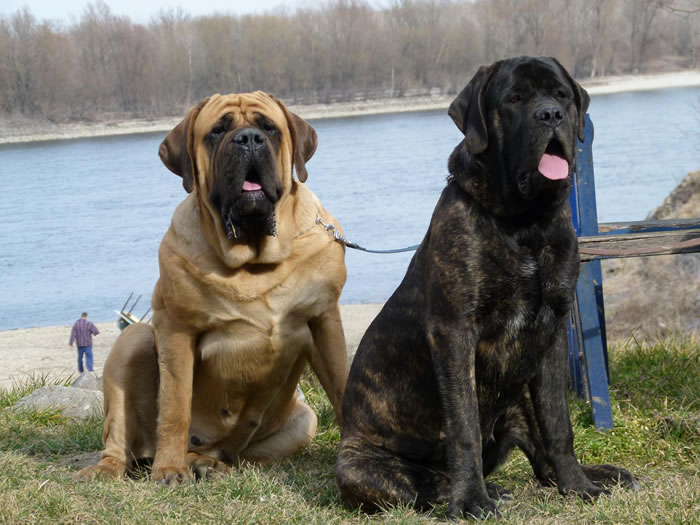 The body is large with great depth and breadth, especially between the forelegs, causing these to be set wide apart. The AKC standard height (per their website) for this breed is 30 inches (76 cm) at the shoulder for males and 27.5 inches (70 cm) (minimum) at the shoulder for females. A typical male can weigh 150–250 pounds (68–110 kg), a typical female can weigh 120–200 pounds (54–91 kg), with show specimens tending towards the upper ranges.