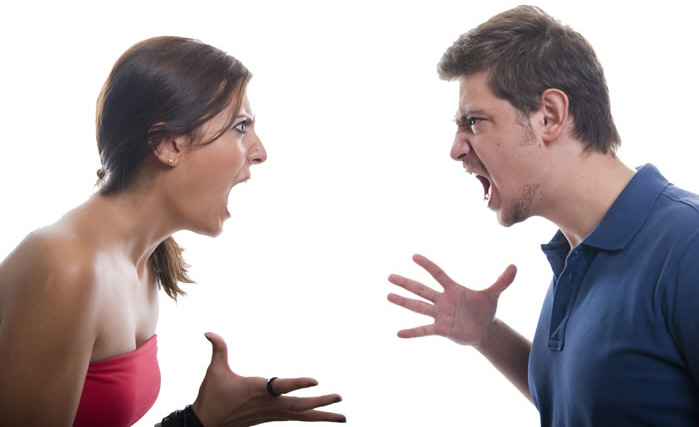 No marriage is perfect and often couples go through some difficult times. But there are 9 critical mistakes most couples make that can be easily avoided and lead to a happier relationship.

1. Not Dealing With Debt

Newsflash: Money is the top thing couples fight about. Fess up about your personal debt — because for better or worse — and then set up a financial game plan with our budgeter.

Friends are key for a successful marriage, so tag along on those girls or guys nights out. Just because you’re not partner hunting doesn’t mean you can’t be a supportive wingman.

3. Not Having Enough Sex

Over 60 percent of newlyweds we surveyed were already in a sex rut! Yeah, you’re busy, but that’s not a good enough excuse not to get busy. Initiate sex, even if you don’t feel like it or have to schedule it. If you get in the habit of having it, you’ll start wanting it (and liking it) more.

So you put on the “newlywed nine.” Big whoop…you’ve already found your mate, right? Wrong! Make a plan to get fit together or at least respect each other’s goals.

Fifty percent of couples surveyed have a problematic relationship with their in-laws. Manage expectations, like saying you’ll call on Sundays so his mom doesn’t guilt-trip you for ignoring her weekday messages. Even if your spouse is bitching about his family, resist the urge to chime in. It’ll bite you in the butt later.

Getting hitched isn’t a free pass to hit below the belt. When you’re getting really heated, walk away to cool down for a few minutes.

It’s easy to fixate on that next big step, but chill out — the average couple has a kid within three years of marriage. So really, why rush? Savor the moments and vacations you can take now because when the baby comes along you’ll be saying goodbye to a good night’s sleep and lie-ins.

While I won’t go that far, you and your spouse are different people. You were raised differently, are different in skills, education, temperament and sex. In fact, the differences are so great it is a wonder anyone can live together. But, we can, and do, because differences are wonderful. Be careful, however, about demanding that your mate see things the same way you do. It’s not going to happen.

We’re talking about the lack of clear communication here. Many wives speak vaguely to their husbands when sharing their feelings and opinions about their needs, wants and problems. Clear, concise and consistent communication is what is needed, as men can easily become frustrated and even angry when they don’t understand what their wives are attempting to say.

Do you know of any other tips to maintain a happy relationship?