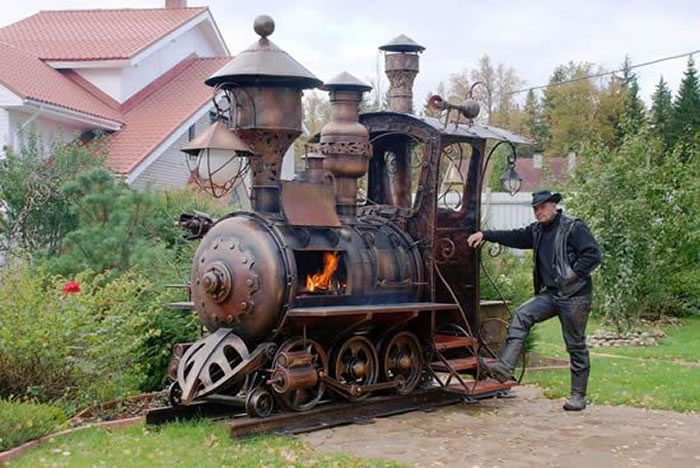 Check out this Steampunk BBQ Locomotive wouldn’t you love one of these?

Locomotive-shaped grills are not exactly unheard of, but a team of Russian metal workers have taken it upon themselves to set a new standard by building a unique and awesome-looking Steampunk locomotive barbecue grill.

This practical work of art was created by a group of metal workers from the village of Deulina, near the city of Ryazan, in Russia, who specialize in interior, exterior and landscape design. The one-of-a-kind Steampunk grill was apparently forged from scrap automobile, motorcycle and train parts, and is currently installed on a private property where very few have the privilege to see it in person. Luckily for the rest of us, the builders took a set of photos for a Moscow exhibition-competition, since their locomotive was too heavy to transport. 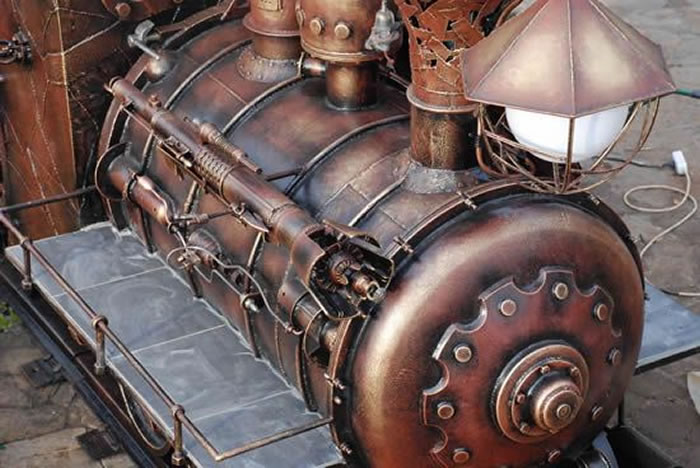 The grill was apparently built in 2009, but the pics only recently surfaced on a series of Western sites and forums. The little information available on the Steampunk locomotive grill is in Russian, and although Google Translate does a decent job of revealing the essential, there are few paragraphs that don’t make much sense. Here is what I was able to make out: the locomotive has three work bays – two 60-cm-long grilling pits in the main body and a trailer that acts as a stove. The first compartment is designed for barbecuing kebabs and can accommodate up to twenty skewers, while the second one is equipped with a rotating spit for roasting chicken and large pieces of meat. Some of the locomotive parts are actually functional, like the large brass wheel in the cabin that rotates the spit. 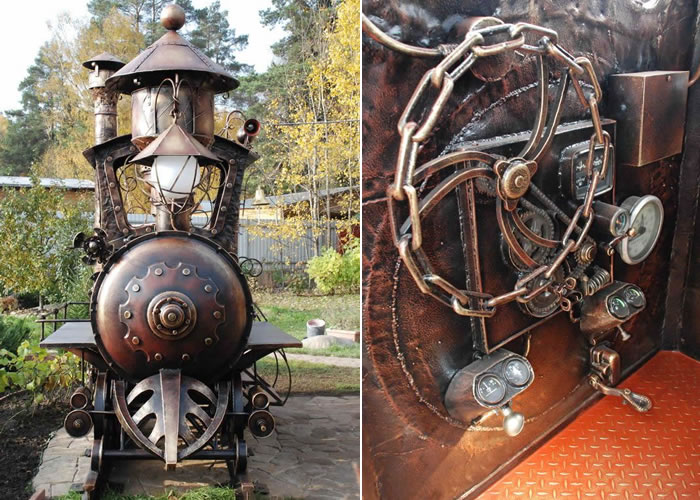 The inside of the locomotive furnace is lined with fireclay bricks and while barbecue charcoal can be used as “fuel”, the Wizards of Deulina (as its creators are referred to in the Russian article) recommend birch or oak logs for extra flavor. Equipped with three smokestacks, the locomotive grill doubles as a great smokehouse. This is obviously one complex grill, but it’s the design and attention to detail that really blow you away. I bet I’m not the only Steampunk fan that’s drooling at the thought of having this baby in my backyard.