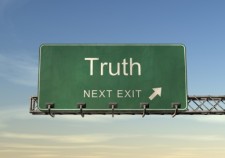 A lie is like a snowball, it starts of small and then grows and grows until a point were it gets so big it falls apart and then the truth is discovered. I always try to be honest as my memory is none too good and you need one hell of a good memory to be a good liar.

Are you an honest person?

To be an honest person should be simple but being truly honest with others and yourself can be a real challenge at times. Political correctness, being sensitive of other people’s feelings, and facing uncomfortable truths about yourself usually requires lots of patience, vigilance and hard work.

If you are somebody who is striving to be an honest person then maybe these following honesty can help inspire you to tell the truth.

1. ~ Unknown Author
“The greatest advantage of speaking the truth is that you don’t have to remember what you said.”

2 ~ Bosnian Proverb
“Who lies for you will lie against you.”

3 ~ Abraham Lincoln
“No man has a good enough memory to make a successful liar.”

4 ~ Unknown Author
“Honesty is the first chapter in the book of wisdom.”

5 ~Thomas Carlyle
“Make yourself an honest man, and then you may be sure there is one less rascal in the world.”

6 ~Yiddish Proverb
“A half truth is a whole lie.”

7 ~Edgar J. Mohn
“A lie has speed, but truth has endurance.”

8 ~Bill Copeland
“When you stretch the truth, watch out for the snapback.”

9 ~Author Unknown
“A lie may take care of the present, but it has no future.”

10 ~John Gotti
“I never lie because I don’t fear anyone. You only lie when you’re afraid.”

13 ~Winston Churchill
“Men occasionally stumble over the truth, but most of them pick themselves up and hurry off as if nothing had happened.”

14 ~Frank Lloyd Wright
“The truth is more important than the facts.”

15 ~Winston Churchill
“A lie gets halfway around the world before the truth has a chance to put its pants on.”

16 ~Michel de Montaigne
“It is not without good reason, that he who has not a good memory should never take upon him the trade of lying.”

17 ~Richard J. Needham
“People who are brutally honest get more satisfaction out of the brutality than out of the honesty.”

18 ~Emily Dickinson
“Truth is such a rare thing, it is delightful to tell it.”

20 ~E.V. Lucas
“The truth is the only thing worth having, and, in a civilized life, like ours, where so many risks are removed, facing it is almost the only courageous thing left to do.”

21 ~Oscar Wilde
“Man is least himself when he talks in his own person. Give him a mask, and he will tell you the truth.”

22 ~Robert Brault
“Today I bent the truth to be kind, and I have no regret, for I am far surer of what is kind than I am of what is true.”

24 ~Author Unknown
“Some people will not tolerate such emotional honesty in communication. They would rather defend their dishonesty on the grounds that it might hurt others. Therefore, having rationalized their phoniness into nobility, they settle for superficial relationships.”

25 ~Homer Simpson, from the television show The Simpsons
“It takes two to lie. One to lie and one to listen.”

28 ~ Gary King
“The biggest consequence to telling a lie is, it leads you to telling another one.”

29 ~ Oprah Winfrey
“Truth allows you to live with integrity. Everything you do and say shows the world who you really are. Let it be the Truth.”

31 ~ Oprah Winfrey
“Real integrity is doing the right thing, knowing that nobody’s going to know whether you did it or not.”

32 ~ H. Jackson Brown, Jr.
“Live so that when your children think of fairness and integrity, they think of you.”

34 ~ Author Unknown
“Beware of the half truth. You may have gotten hold of the wrong half.”

If you know of any other quotes about honesty feel free to share them with us in the comments box below.