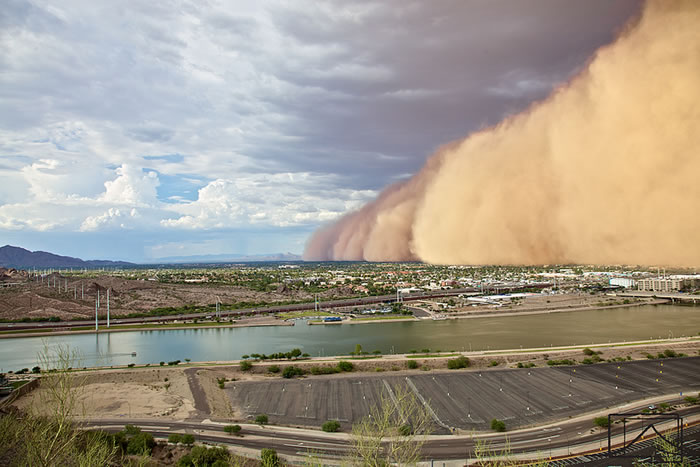 Dust storms only occur at dry parts of the world and while they seem magnificent they are deadly. Check out these 15 amazing pictures of dust storms sweeping the land.

In the U.S., dust storms frequently occur in the deserts of Arizona, including around the cities of Yuma, Phoenix New Mexico and Texas.

How do dust storms form?

During thunderstorm formation, winds move in a direction opposite to the storm’s travel, and they move from all directions into the thunderstorm. When the storm collapses and begins to release precipitation, wind directions reverse, gusting outward from the storm and generally gusting the strongest in the direction of the storm’s travel. When this downdraft, or downburst, reaches the ground, it blows dry, loose silt and clay (collectively, dust) up from the desert, creating a wall of sediment that precedes the storm cloud.

This wall of dust can be up to 100 km (62 mi) wide and several kilometers in elevation. At their strongest, haboob winds often travel at 35–100 km/h (~20–60 mph), and they may approach with little or no warning. Often rain does not appear at ground level as it evaporates in the hot, dry air (a phenomenon known as virga).

Now lets check out some amazing pictures of dust storms. 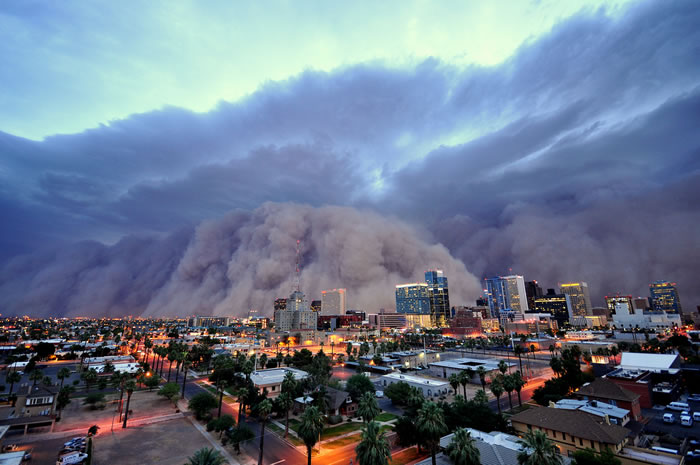 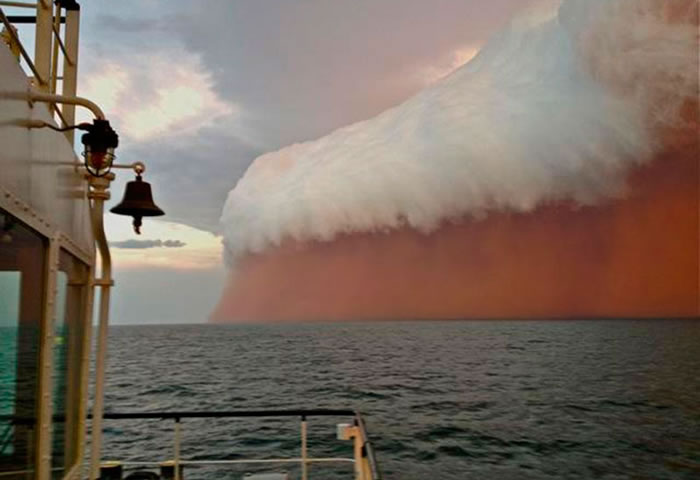 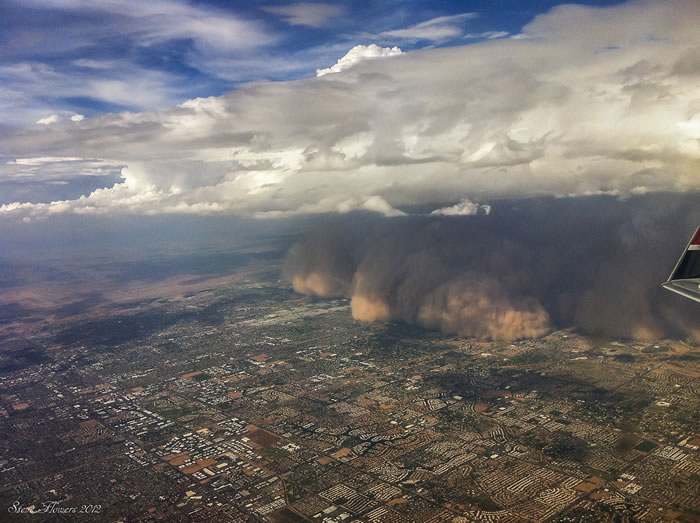 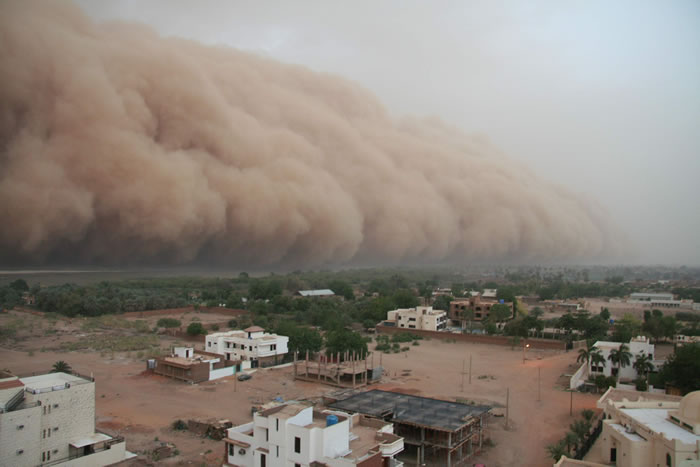 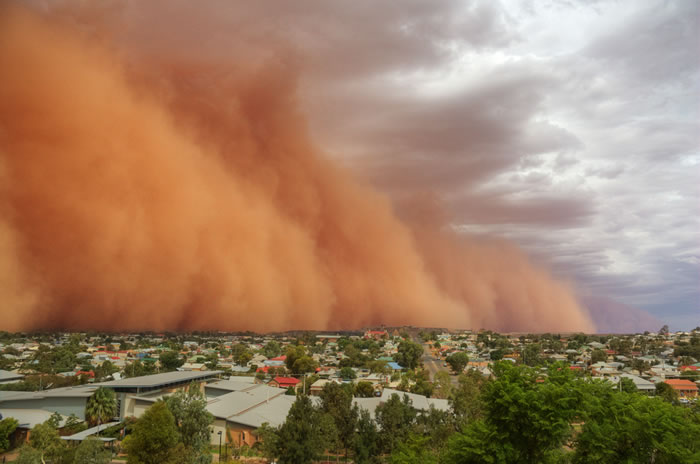 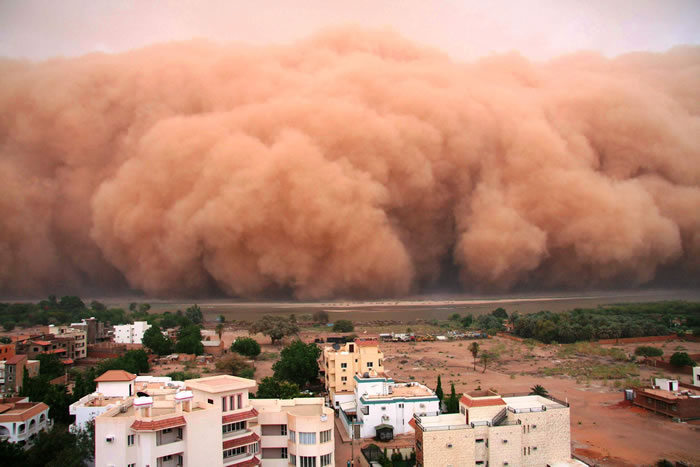 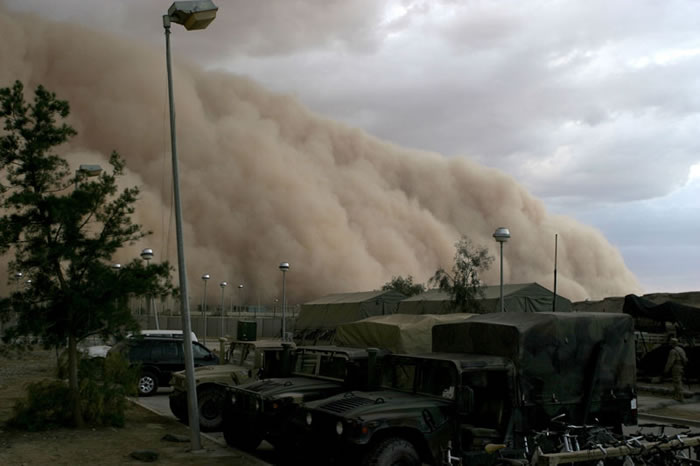 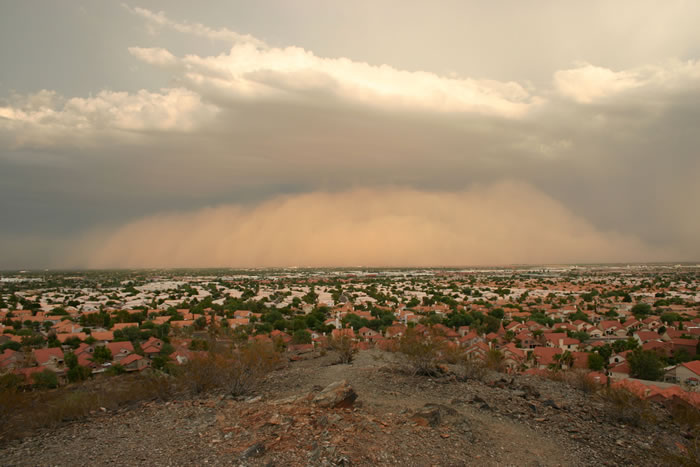 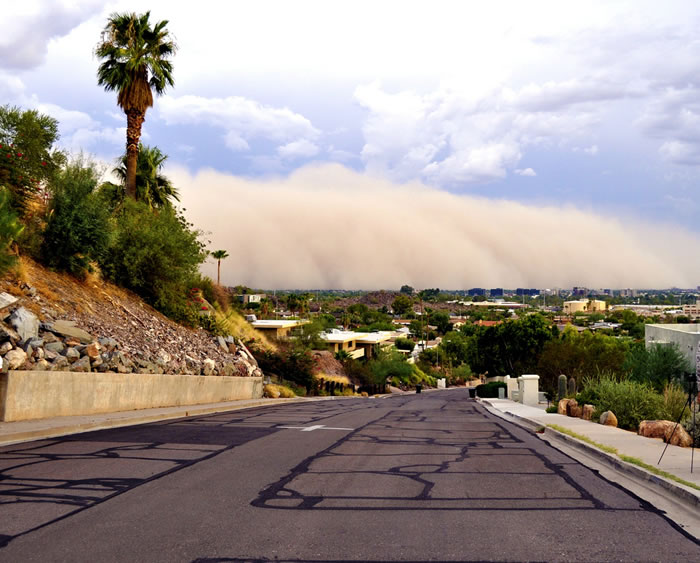 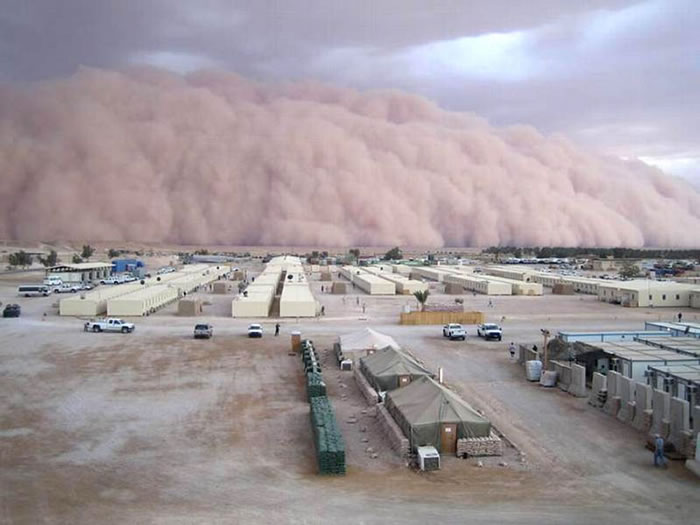 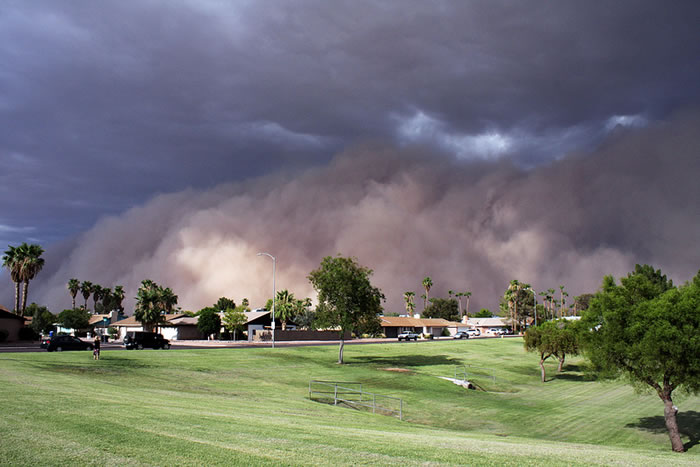 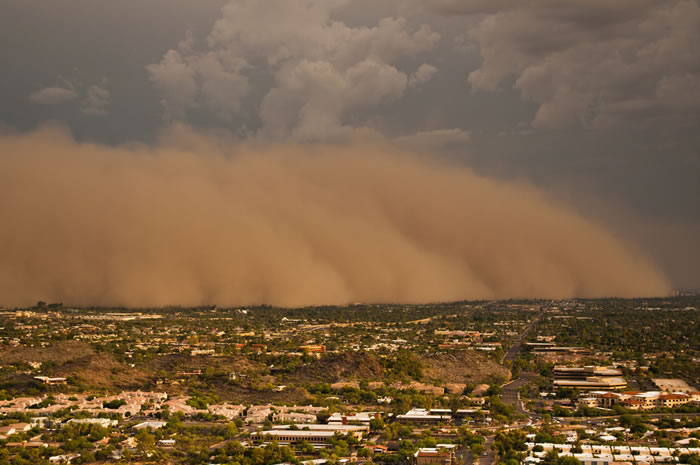 Have you ever been in a dust storm?