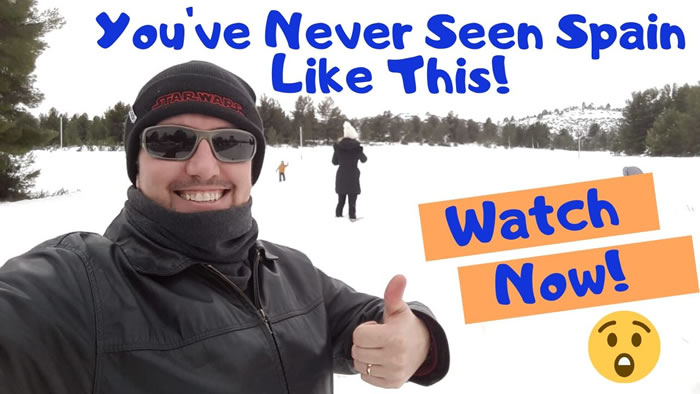 Most people picture Spain as a sunny dry country but believe it or not it can actually snow there. Of course it only snows in certain areas, especially the mountain areas but when it does snow…Oh My God.

Does it Really Snow in Spain?

Yes, it can snow in Spain. It is often thought that because Spain is a hot country with warm regions that it never snows. The fact is that Spain is a heightened plateau and can experience extremely cold winters. Any region of Spain that has an elevation of at least 4,900 feet will usually receive snow every winter. There are even some mountainous regions that are so high and cold that they have a layer of snow most of the year.

The Sierra Nevada located close to the city of Grenada is one such area of Spain that has a lot of snow every year. In fact it is a popular destination for skiers from all over Europe.

4 Camping Essentials You Should Buy for Your Next Adventure