Why Is Veganism So Popular? 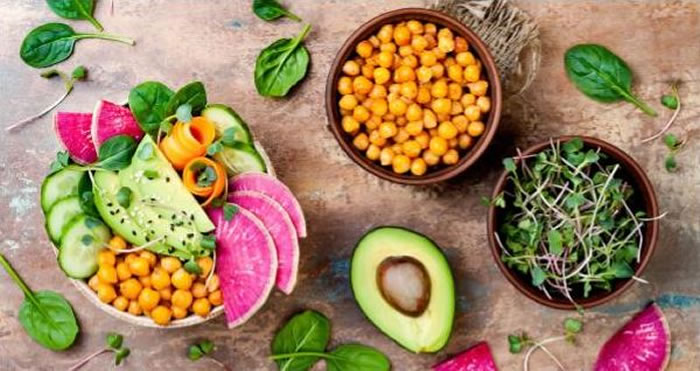 There are increasing numbers of people turning to a vegan diet within the United Kingdom, with searches of plant-based diets the highest that they have ever been.

The diet which revolves around cutting out animal products such as eggs, meat and fish had reportedly engrossed 540,000 people a survey found in 2016; with that number likely to be even higher now.

This number was up from the 150,000 people that were reportedly vegan in 2006. A further 360,000 people also identified as lifestyle vegans. These people commit to only buying or using cosmetics which are animal free. But what reasons are there for the increased popularity of the diet within the UK?

The fact that chronic illnesses in the heart have been on the rise over the past ten years has had an impact on people turning to the vegan diet. The diets of people that include meat and dairy have long said to be giving us a healthy diet. However, the links between these aspects and disease are undeniable. This has been shown by the World Health Organization’s (WHO) decision to evaluate foods such as hot dogs and bacon as class 1 carcinogen.

Vegan diets not only increase the level of optimal health and avoid the risk of having a severe disease, but they also have the power to reverse illness. This has been highlighted with cities such as Birmingham offering an array of vegan restaurants.

Everybody is always searching for the next new diet plan that can decrease their waistline; especially in time for the summer. This has led many people to become vegan. This is backed up by the research conducted by the New England Journal; of all the groups that were tested including meat-based diets and purely fish-based diets; it was the vegans that averaged BMI within healthy limits.

Of course, this won’t come as much of a surprise for those that are knowledgeable on food, since you will be aware that animal products contain more calories, while plant-based foods include higher nutrients. Along with this, meaty foods lack the fibre that is needed for a healthy diet; something that a vegan diet delivers in abundance. Vegan diets also mean that you eat healthier food, and while they are full of the nutrients that you need for a healthy lifestyle, they also fuel your body, so it doesn’t feel the need to overeat.

The releases of Planet Earth and Blue Planet including David Attenborough have increased the understanding that people have on essential issues such as climate change. Vegan diets ensure that people are doing their bit to save the world. According to a study, ten billion people could be sustained by eating a vegan diet. It may come as a surprise to many of us, but a survey from Springmann found that the production of animal products generates the most food-related greenhouse gasses; totally 78% of agricultural emissions.

The Nature Study also found that by adopting a plant-based diet could reduce the number of greenhouse gasses by half. Meanwhile, Springmann found that a vegan diet could also reduce other environmental damages; such as saving a quarter of freshwater and farmland, as well as the usage of fertilisers