Amazing Cutest And Smallest Cars Ever Made 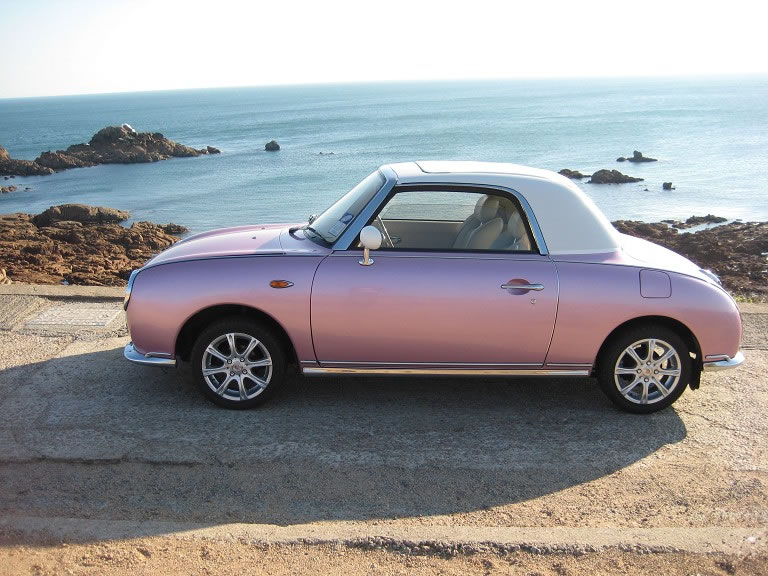 Like cute cars? Check out this selection of smallest cars from the past that look absolutely adorable and worth much more money now than when they were made! 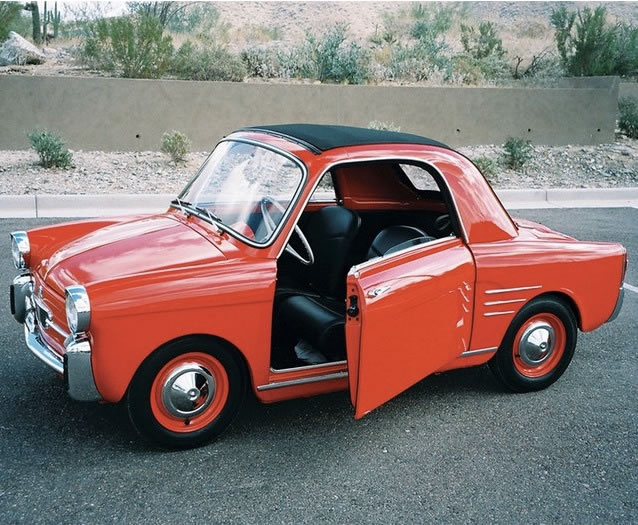 Based on the Fiat 500. It was available in various configurations: Berlina, Cabriolet, Trasformabile, Panoramica, and Furgoncino. The car was presented to the public on 16 September 1957 at the Museum of Science and Technology in Milan and produced until 1970. 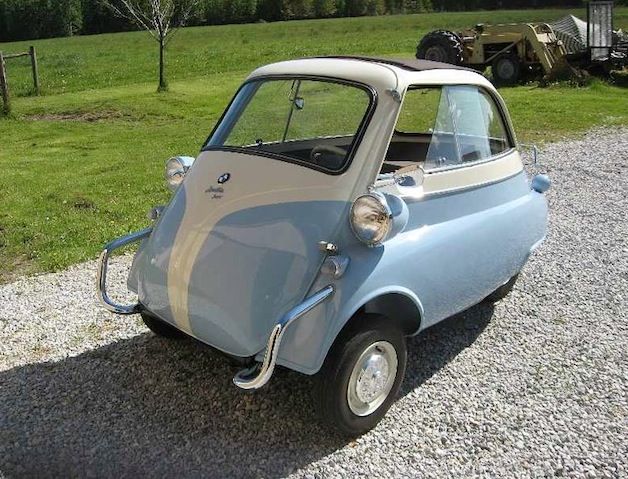 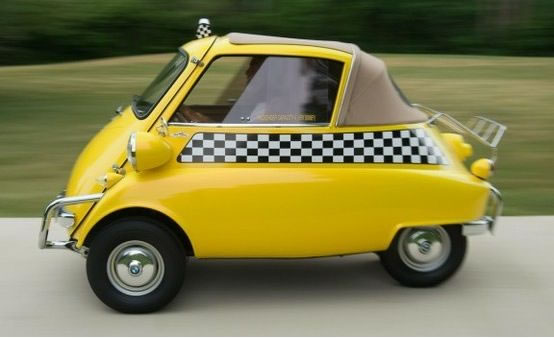 Said to be the best microcar of its time when BMW joined the Italian Milan-based refrigerator company Iso Spa designed the “Isetta”. The car featured entry through the front windscreen. This Microcar was built in many different countries, including Spain, Belgium, France, Brazil, Germany, and the United Kingdom. Because of its looks it soon became known simply as the bubble car, a name later given to many other similar styled small vehicles. It is still the top-selling single cylinder car in the world, with sales of 161,728. 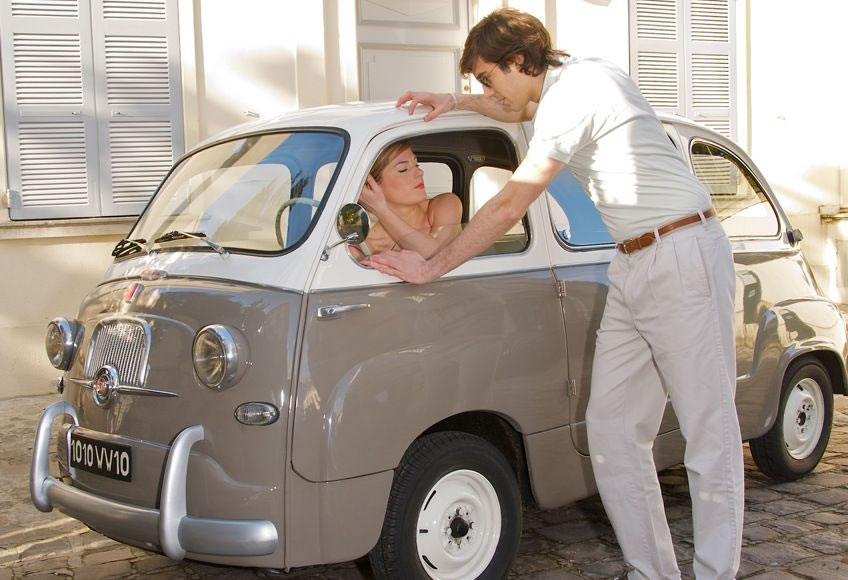 This classic picture from the past represents the Fiat “Multipla” minivan. It was actually used as a taxi in Italy but also as a family car in many parts of Europe. It reached a top speed of 57.1 mph (91.9 km/h) and accelerated from 0-50 mph it’s top speed in 43.0 seconds. When released in 1956 the car cost £799 UK market equivalent to $1300. 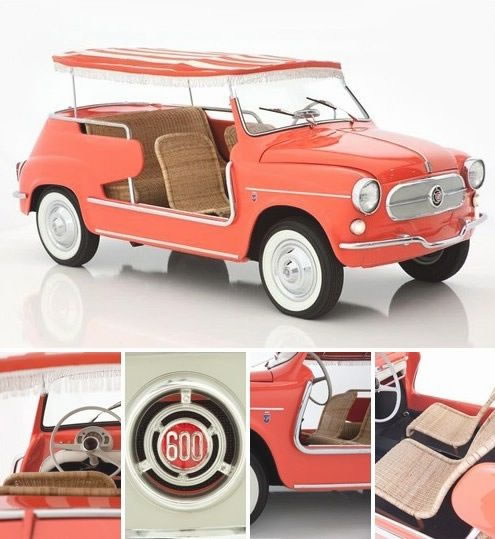 This beach buggy style mini Fiat was very popular in Italian seaside resorts when a company called Ghia (now owned by Ford) specialized in making the converted ‘Jolly’ based on the Fiat 500, 600, Multipla and Giardiniera cars. These cars Featured wicker seats and a fringed top to shield its occupants from the Mediterranean sun, originally made as toys for the famous and rich who would keep them on their large super yachts. 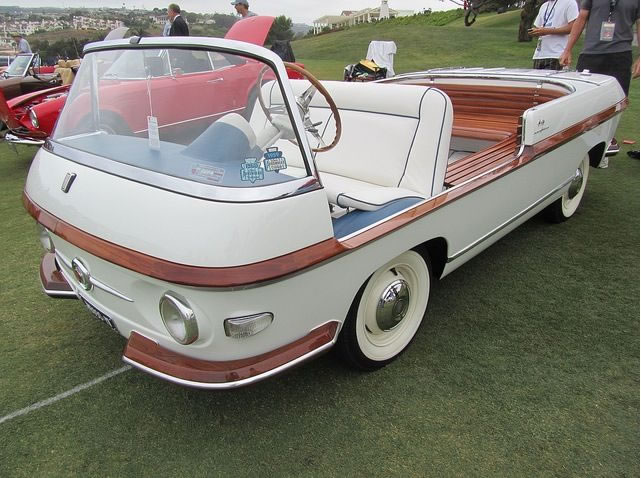 This one of a kind was actually a prototype but no less amazing! With a a wooden-slat wraparound bench in the rear, making it perfect for weekend seaside breaks. Commissioned by the family that founded Fiat, the Agnelli’swho at the time had the largest holdings on the Italian stock exchangeand lived in a French villa famous for once having been the home of kings. They entered the car in the 1957 Paris auto show where the Doheny family from USA saw it and bought it and took it back to their vacation resort, Lake Arrowhead California by 1959. 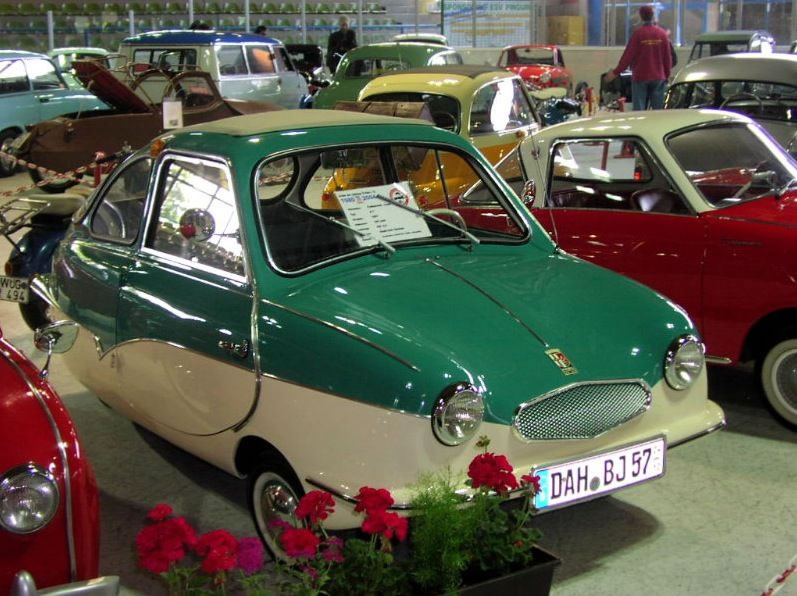 It looks suspiciously like Mr. Bean’s car but I can’t say for sure! Manufactured from 1950 to 1969, the original design was conceived by Norbert Stevenson, a freelance-journalist for a very simple three-wheeled car with room for two people inside. It ended up being pretty popular and was constructed in four different continents. Norbet who had completed one term of mechanical engineering at the Technische Hochschule Berlin made his design concept was for a very simple three wheeled 2 seater, with two wheels at the front for stability and single wheel at the back driven by a small engine. 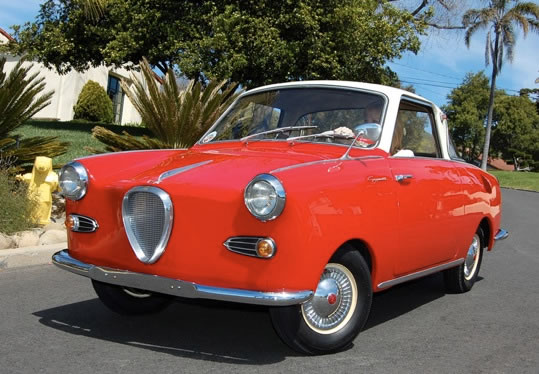 Only 67,000 of these German beauties were manufactured between 1957 and 1969 and manage a top speed of only 52 mph. It’s only ten feet long and powered by a two-stroke, two-cylinder engine. The Goggomobil TS 2+2 coupe was first seen by the public in the 1957 IFMA show. It Available as the TS250, the TS300, and the TS400, each number reflecting the size of the engine in cubic centimeters. The TS coupe was the change from rear-hinged suicide doors to front-hinged conventional doors in 1964. If you’re lucky you can still find the occasional one on Ebay at a cost of between $5000 to $8000. 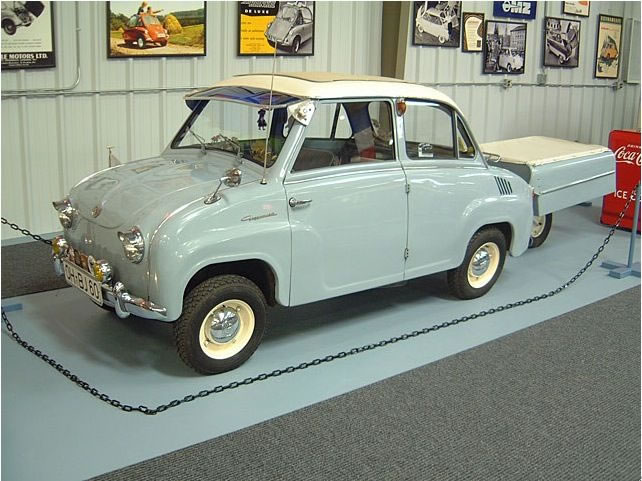 The 1960 Goggomobile T-300 featured a futuristic electric pre-selective transmission built by Getrag and a manual clutch. The engine was behind the rear wheels. Suspension was independent all round using coil springs with swing axles, it was a conventional looking two door sedan with a rear mounted 245 cc air-cooled two-stroke straight twin engine. 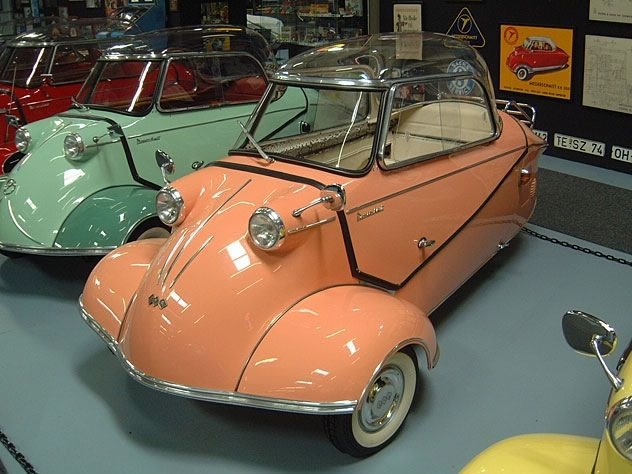 This three wheeled car also known as the Kabinenroller or cabin Scooter was made by German aircraft engineer Fritz Fend produced at the factory of aircraft manufacturer Messerschmitt from 1955 to 1964 which might explain why this little thing looks more like a cockpit on an old fighter plane. Retailing for around DM 2,500, the KR200 was an instant success with 12,000 built during its first year. With a maximum speed of over 90 km/h (56 mph) despite a power output of only 10 bhp reflecting the vehicle’s light weight. 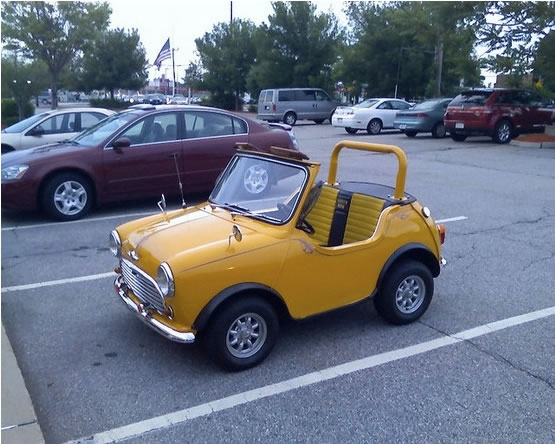 Not THE official Mini model but the Mini Mini became a trend amongst many Mini enthusiasts. It’s a simple concept of taking a classic Mini then removing the roof, cut in 3 sections and then throw away the middle welding the back and front piece together! 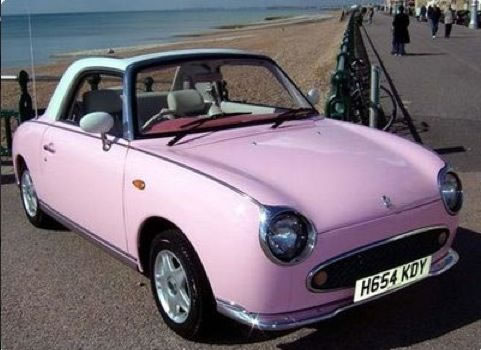 This small retro car was manufactured by Nissan and originally only sold only in Japan. Despite this, the Nissan Figaro became very popular with owners in England giving popularity to the second-hand Japanese import cars. Resemblancing the 1960s Datsun Fairlady it was exclusive sold by the Japanese Nissan dealership network “Nissan Cherry Store”. Only 20,000 models went into production in Tokyo in 1991 and then came back into fashion a few years ago when they began being imported to England and Europe. 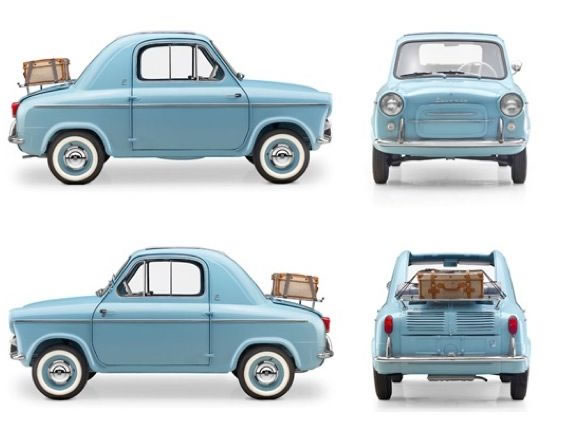 The Vespa 400 was an adorable rear-engined microcar, produced by ACMA (Ateliers de construction de motocycles et d’automobiles) in Fourchambault, France, from 1957 to 1961 for the Italian Piaggio company. Two different versions were sold, “Lusso” and “Turismo”. This two seater had room behind the seats for luggage or two small children. Early models had main door windows that did not open which was criticized but it did increased the usable width for the driver and passenger. The cabriolet featured a roll back fabric roof could be rolled back from the windscreen header rail to the top of the rear engine cover.

Cutest And Smallest Cars Ever Made