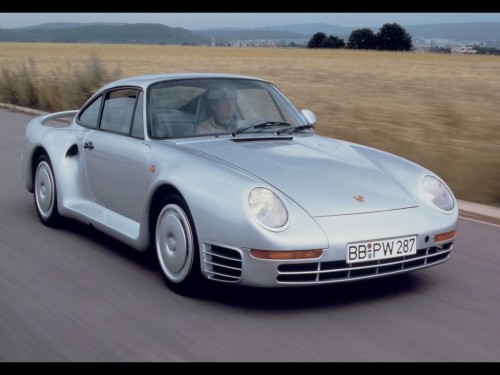 The Porsche 959 was a sports car manufactured by Porsche from 1986 to 1989. It was basically a 911 on steroids and was Porsche’s first true supercar. It was first developed as a Group B rally car and later became a road legal production car.

During 1986, it held the title as the world’s fastest street-legal production car but its title was not held for long as it was stolen away by the Ferrari F40. During its production run, the Porsche 959 was hailed as being the most technologically advanced road-going sports car ever built and it was one of the first high-performance vehicles to use an all-wheel drive system. The system proved so well that Porsche executives chose to make all-wheel drive standard on all versions of the 911 Turbo starting with the 993 variant. 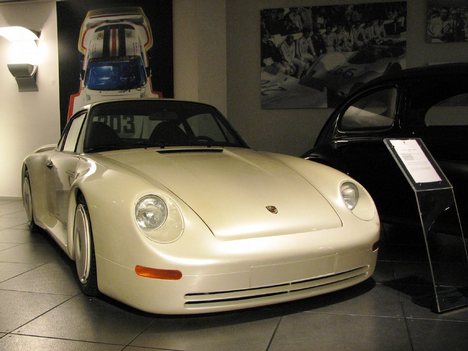 Development of the 959 (originally called the Gruppe B) started in 1981, shortly after the company’s new Managing Director, Peter Schutz, took his office. Porsche’s head engineer at the time, Helmuth Bott, approached Schutz with some ideas about the Porsche 911, or more aptly, a new one. Bott knew that the company needed a sports car that they could continue to rely on for years to come and that could be developed as time went on.

Curious as to how much they could do with the rear-engined 911, Bott convinced Schutz that development tests should take place, and even proposed researching a new all wheel drive system. Schutz agreed, and gave the project the green light. Bott also knew through experience that a racing program usually helped to accelerate the development of new models.

Seeing Group B rally racing as the perfect arena to test the new mule and its all wheel drive system, Bott again went to Schutz and got the go ahead to develop a car, based on his development mule, for competition in Group B.

Porsche developed an already existing engine instead of creating a new one from scratch. The powerplant, a twin-turbocharged six-cylinder boxer engine with an air-cooled block and water-cooled heads, displaced 2.85 liters, about half a liter less than a contemporary 911 engine.

The motor had originally been developed for the “Moby Dick” race car and then been redeveloped slightly for the short-lived Porsche Indy Car and several other projects before being “tweaked” a last time for use in the 961, the 959′s racing counterpart. The water-cooled cylinder heads combined with the air-cooled block, 4-valve heads and sequential turbochargers allowed Porsche to extract 444 hp from the compact, efficient and rugged power unit. 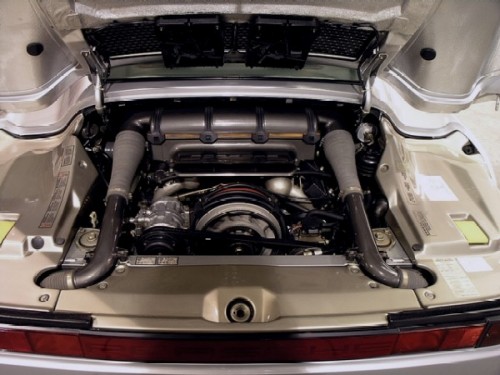 The use of sequential twin turbochargers rather than the more usual identical turbochargers for each of the two cylinder banks allowed for smooth seamless delivery of power across the engine RPM band, in contrast to the abrupt on-off power characteristic that distinguished Porsche’s other turbocharged engines of the period. The engine was used, virtually unchanged, in the 959 road car as well.

In an attempt to create a rugged, lightweight shell, Porsche adopted an aluminium and Aramid (Kevlar or Twaron) composite for body use along with a Nomex floor, instead of the steel normally used on their production cars. The vehicle’s weight of 3,190 pounds (1,450 kg) helped to achieve its high performance level. 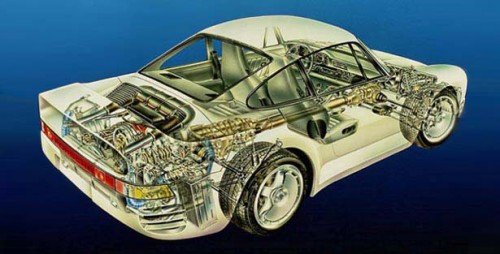 Porsche also developed the car’s aerodynamics, which were designed to increase stability, as was the automatic ride-height adjustment that became available on the street car.

The 959 also featured Porsche-Steuer Kupplung (PSK) which was at the time the most advanced all-wheel-drive system in a production car. Capable of dynamically changing the torque distribution between the rear and front wheels in both normal and slip conditions, the PSK system gave the 959 the adaptability it needed both as a race car and as a “super” street car. Under hard acceleration, PSK could send as much as 80% of available power to the rear wheels, helping make the most of the rear-traction bias that occurs at such times.

It could also vary the power bias depending on road surface and grip changes, helping maintain traction at all times. The magnesium alloy wheels were unique, being hollow inside to form a sealed chamber contiguous with the tire and equipped with a built-in tire pressure monitoring system. 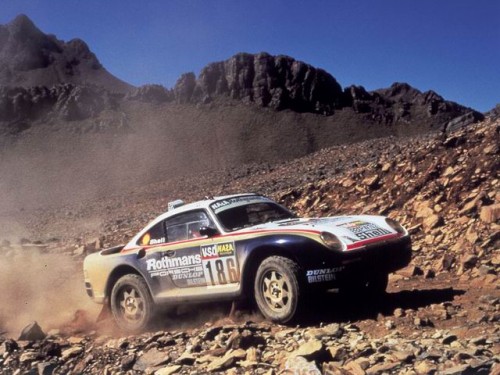 The 1983 Frankfurt Motor Show was chosen for the unveiling of the Porsche Group B prototype. Even in the closing hours of October 9, finishing touches were being applied to the car to go on display the next morning. After the first two prototypes, the bodywork was modified to include air vents in the front and rear wheel housings, as well as intake holes behind the doors. The first prototype modified like this was code named “F3″, and was destroyed in the first crash test. 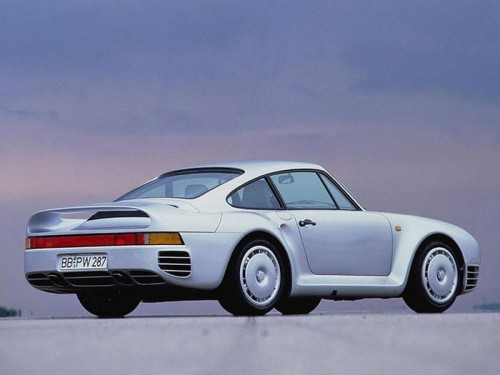 The street version of the 959 debuted at the 1985 Frankfurt Motor Show as a 1986 model, but numerous issues delayed production by more than a year. The car was manufactured in two levels of trim, “Sport” and “Komfort”, corresponding to the race version and the street version. First customer deliveries of the 959 street variant began in 1987, and the car debuted at a cost of $225,000 USD per unit, still less than half what it cost Porsche to build each one.

Production ended in 1988 with a total of 337 cars being built, including 37 prototypes and preproduction models. At least one 959 and one 961 remain in the Porsche historic hall in Stuttgart, Germany. 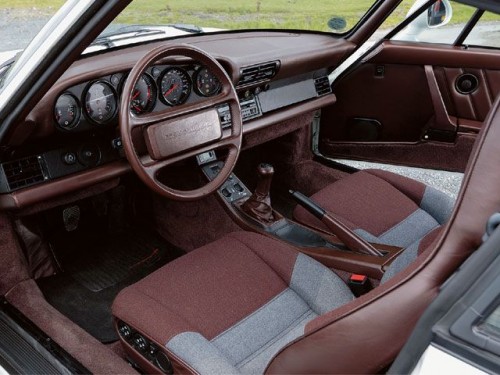 In 1992/1993, Porsche built eight 959s, they were assembled from spare parts from the inventory at the manufacturing site in Zuffenhausen. All eight were “Komfort”-versions: four in red and four in silver. These cars were sold at almost double the price of the originals and featured a newly developed speed-sensitive damper system. The cars were sold to selected collectors and are today by far the most sought-after 959s. 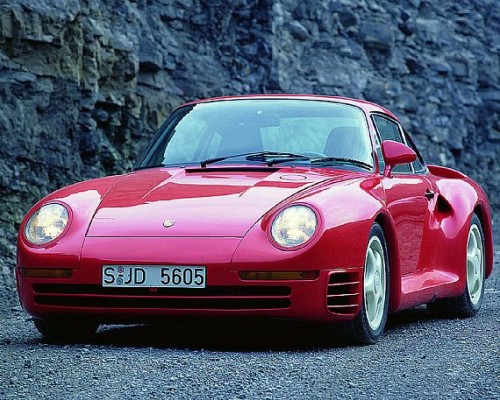 The 959 was prohibited in the United States prior to 1999 when the “Show and Display” law was passed, although an unknown number were imported via the “grey market” during the late 1980s as show pieces. During the model’s development Porsche refused to provide the United States Department of Transportation with the four 959s they required for crash testing, and the car was never certified by the NHTSA for street use in the U.S. With the passage of “Show and Display” the crash test requirements were removed and importation of the 959 was allowed.