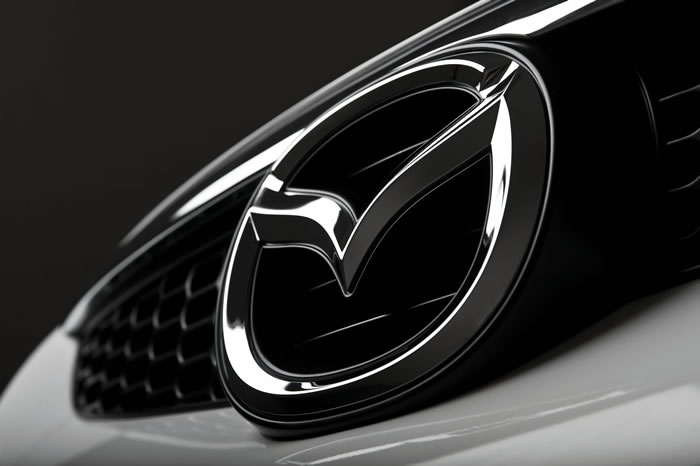 Mazda Cars History – Mazda Motor Corporation is a Japanese automotive manufacturer based in Fuchū, Japan. The company was named after Ahura Mazda who was a god of the earliest civilizations in West Asia and represented wisdom, intelligence and harmony. 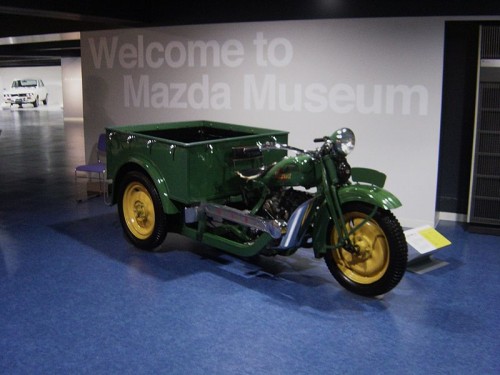 Mazda began as a machine tool manufacturer called Toyo Cork Kogyo Co., Ltd, which was founded in Japan in 1920.

In 1927 Toyo Cork Kogyo renamed itself as Toyo Kogyo Co., Ltd. in 1927 and moved from manufacturing machine tools to vehicles, with the introduction of the first vehicle, Mazda-Go in 1931.

During the second world war Toyo Kogyo produced weapons for the Japanese military, most notably was the series 30 through 35 Type 99 rifle. 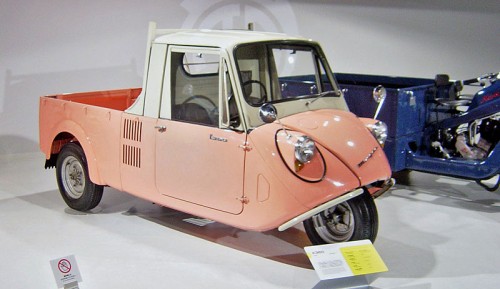 The company formally adopted the Mazda name in 1984, though every automobile sold from the beginning bore that name. The Mazda R360 was introduced in 1960, followed by the Mazda Carol in 1962.

At the start of the 1960s, Mazda put a major engineering effort into development of the Wankel rotary engine as a way of differentiating themselves from other Japanese auto companies. 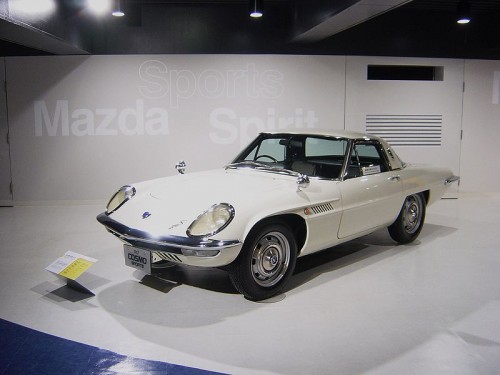 The limited-production Cosmo Sport of 1967 became the first vehicle to adopt the rotary engine and it is still being used today in the RX-8. Mazda has become the sole manufacturer of Wankel-type engines mainly by way of attrition (NSU and Citroën both gave up on the design during the 1970s, and prototype Corvette efforts by General Motors never made it to production.)

This effort to bring attention to themselves apparently helped, as Mazda rapidly began to export its vehicles. Both piston-powered and rotary-powered models made their way around the world.

The rotary models quickly became popular for their combination of good power and light weight when compared to piston-engined competitors that required a heavy V6 or V8 engine to produce the same power. The R100 and the famed RX series (RX-2, RX-3, and RX-4) led the company’s export efforts.

During 1968 Mazda started formal operations in Canada although they had been seen in Canada as early as 1959. 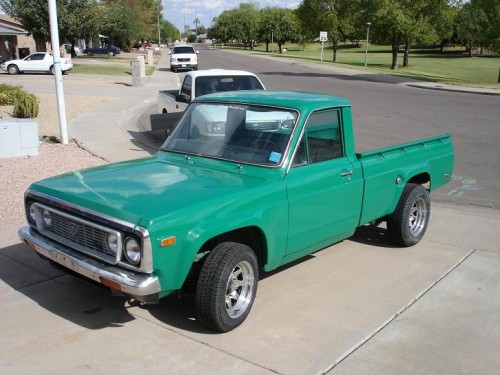 In 1970, Mazda formally entered the American market and was very successful there, going so far as to create the Mazda Rotary Pickup for North American buyers. To this day, Mazda remains the only automaker to have produced a Wankel-powered pickup truck. Additionally, they are also the only marque to have ever offered a rotary-powered bus (the Mazda Parkway, offered only in Japan) or station wagon (within the RX-3 & RX-4 line for US markets).

Mazda’s rotary success continued until the onset of the 1973 oil crisis. As American buyers (as well as those in other nations) quickly turned to vehicles with better fuel efficiency, the relatively thirsty rotary-powered models began to fall out of favor.

Wisely, the company had not totally turned its back on piston engines, as they continued to produce a variety of four-cylinder models throughout the 1970s. The smaller Familia line in particular became very important to Mazda’s worldwide sales after 1973, as did the somewhat larger Capella series. 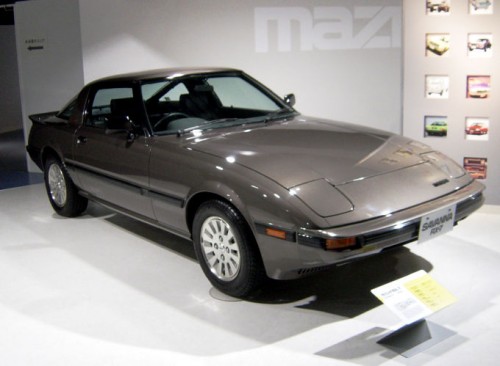 Not wishing to abandon the rotary engine entirely, Mazda refocused their efforts and made it a choice for the sporting motorist rather than a mainstream powerplant. Starting with the lightweight RX-7 in 1978 and continuing with the modern RX-8, Mazda has continued its dedication to this unique powerplant.

This switch in focus also resulted in the development of another lightweight sports car, the piston-powered Mazda Roadster (perhaps better known by its worldwide names as the MX-5 or Miata), inspired by the concept ‘jinba ittai’. Introduced in 1989 to worldwide acclaim, the Roadster has been widely credited with reviving the concept of the small sports car after its decline in the late 1970s.

This was most notable in the realm of pickup trucks (like the Mazda B-Series, which spawned a Ford Courier variant in North America) and smaller cars. For instance, Mazda’s Familia platform was used for Ford models like the Laser and Escort, while the Capella architecture found its way into Ford’s Telstar sedan and Probe sports models. 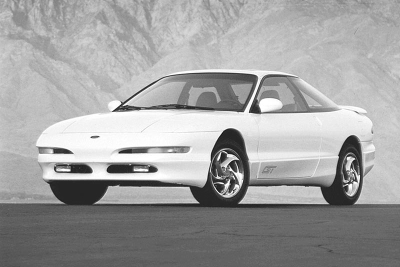 The Probe was built in a new Mazda assembly plant in Flat Rock, Michigan along with the mainstream 626 sedan (the North American version of the Capella) and a companion Mazda MX-6 sports coupe. (The plant is now a Ford-Mazda joint venture known as AutoAlliance International.) 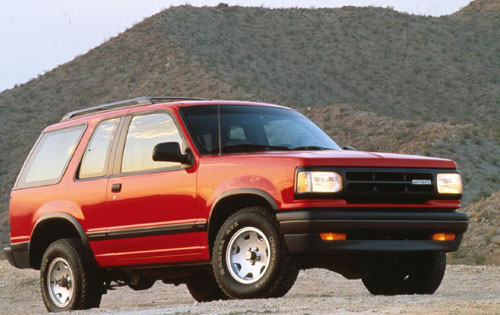 Mazda also helped Ford develop the 1991 Explorer, which Mazda sold as the 2-door only Mazda Navajo from 1991 through 1994. Ironically, Mazda’s version was unsuccessful, while the Ford (available from the start as a 4-door or 2-door model) instantly became the best selling sport-utility vehicle in the United States and kept that title for over a decade.

Mazda has also used Ford’s Ranger pickup as the basis for its North American–market B-Series trucks, starting in 1994 and continuing through to 2009. 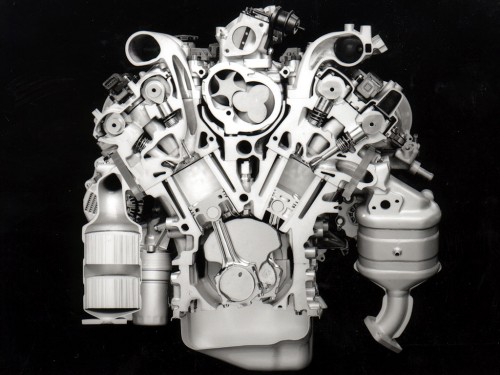 Following their long-held fascination with alternative engine technology, Mazda introduced the first Miller cycle engine for automotive use in the Millenia luxury sedan of 1995.

Though the Millenia (and its Miller-type V6 engine) were discontinued in 2002, the company has recently introduced a much smaller Miller-cycle four-cylinder engine for use in their Demio starting in 2008. As with their leadership in Wankel technology, Mazda remains (so far) the only automaker to have used a Miller-cycle engine in the automotive realm.

Further financial difficulties at Mazda during the 1990s (partly caused by losses related to the 1997 Asian financial crisis) caused Ford to increase its stake to a 33.9-percent controlling interest on 31 March 1997. 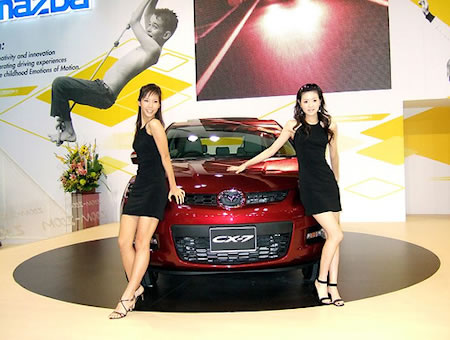 In 1997, Henry Wallace was appointed President, and he set about restructuring Mazda and setting it on a new strategic direction. He laid out a new direction for the brand including the design of the present Mazda marque; he laid out a new product plan to achieve synergies with Ford, and he launched Mazda’s digital innovation program to speed up the development of new products.

At the same time, he started taking control of overseas distributors, rationalized dealerships and manufacturing facilities, and driving much needed efficiencies and cost reductions in Mazda’s operations.

Much of his early work put Mazda back into profitability and laid the foundations for future success. Ford executive Mark Fields, who took over as Mazda’s CEO later, has been credited with expanding Mazda’s new product lineup and leading the turnaround during the early 2000s.

Ford’s increased influence during the 1990s allowed Mazda to claim another distinction in history, having maintained the first foreign-born head of a Japanese car company (starting under Henry Wallace ). 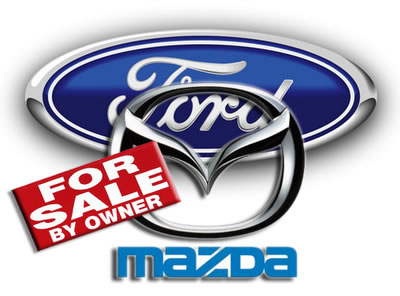 Amidst the world financial crisis in the fall of 2008, reports emerged that Ford was contemplating a sale of its stake in Mazda as a way of streamlining its asset base. On November 18, 2008, Ford announced that it would be selling a 20% stake in Mazda, bringing its stake to 13.4%, and surrendering control of the company.

The following day, Mazda announced that, as part of the deal, it was buying back 6.8% of its shares from Ford. It was also reported that Hisakazu Imaki would be stepping down as chief executive, to be replaced by Takashi Yamanouchi. 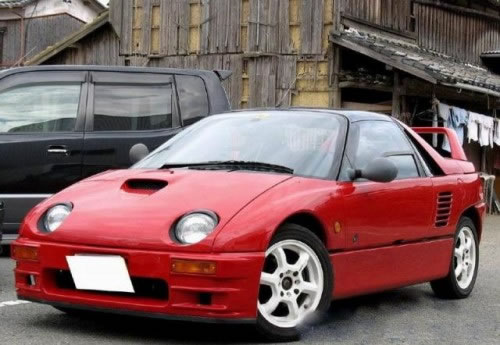 Mazda had previously used a number of different marques in the Japanese (and occasionally Australian) market, including Autozam, Eunos, and Efini, which have since been phased out. This diversification stressed the product development groups at Mazda past their limits.

Instead of having a half-dozen variations on any given platform, they were asked to work on dozens of different models and consumers were confused as well by the explosion of similar new models. One of the oddest sub-marques was M2, used on three rare variants of the Eunos Roadster (the M2-1001, M2-1002 and M2-1028) and one of the Autozam AZ-1 (M2-1015). M2 even had its own avant-garde company headquarters, but was shut down after a very short period of operation.

Today, the former marques exist in Japan as sales channels (specialized dealerships) but no longer have specialized branded vehicles. The Carol is sold at the Autozam store (which specializes in small cars), but it is sold with the Mazda marque, not as the Autozam Carol as it once was.

In early 1992 Mazda planned to release a new luxury marque, Amati, to challenge Acura, Infiniti, and Lexus in North America, which was to begin selling in late 1993.

The initial Amati range would have included the Amati 500 (which became the Eunos 800 in Japan and Australia, Mazda Millenia in the U.S., and Mazda Xedos 9 in Europe), a luxury sports coupe based on the Mazda Cosmo and the Amati 1000 (a rear-wheel drive V12 successor to the Mazda 929). The Amati marque was eventually scrapped before any cars hit the market. 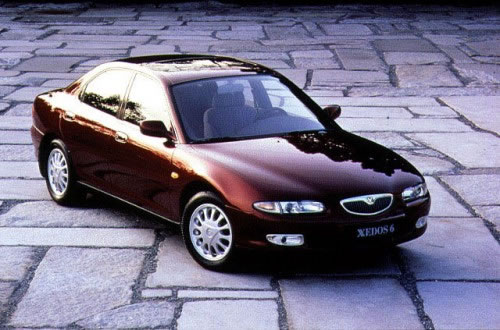 In Europe, the Xedos name was also associated with the Mazda Xedos 6, the two models were in production from 1992 until 1997. The Xedos line was marketed under the Mazda marque, and used the Mazda badge from the corresponding years.

Used between 1975 and 1991,
Mazda did not have an official symbol during this time, only a stylized version of their name; the previous blue “m” symbol was still used in some dealerships up until the 1980s, but later on a plain blue square next to the Mazda name was often used on dealer signs and documentation

Used between 1991 and 1992,
In 1991, Mazda adopted a corporate symbol which was to represent a sun and a flame standing for heartfelt passion.

Used between 1992 and 1997,
Shortly after the release of the new symbol, the design was smoothed out to reduce its similarity to Renault’s. This is sometimes referred to as the “eternal flame” logo.

Used from 1997 till present day,
A redesigned symbol was introduced in 1997. It’s stylized “M” is meant to show Mazda stretching its wings for the future, and is also sometimes referred to as the “owl” logo. The symbol is still in use today. 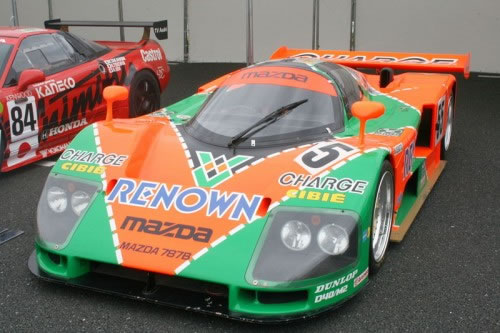 In the racing world, Mazda has had substantial success with both their signature Wankel-engine cars in two-rotor, three-rotor, and four-rotor forms as well as their piston-engine models. Mazda vehicles and engines compete in a wide variety of disciplines and series around the world. More Mazdas are raced every week than any other car brand.

Mazda also maintains sponsorship of the Laguna Seca racing course in California, going so far as to use it for their own automotive testing purposes as well as numerous racing events.

Since 2000, Mazda has used the phrase “Zoom-Zoom” to describe what it calls the “emotion of motion” that it claims is inherent in its cars. Extremely successful and long-lasting (when compared to other automotive marketing taglines), the Zoom-Zoom campaign has now spread around the world from its initial use in North America.

The Zoom-Zoom campaign has been accompanied by the “Zoom Zoom Zoom” song in many television and radio advertisements. The original version, performed by Jibril Serapis Bey (used in commercials in Europe, Japan and South Africa), was recorded long before it became the official song for Mazda as part of a soundtrack to the movie “Only The Strong” which was released in 1993.

The Serapis Bey version is a cover of a traditional Capoeira song, called “Capoeira Mata Um”.

Watch the video below to here the original Brazilian soundtrack which is used during Capoeira fight displays.

Early ads in the Zoom-Zoom campaign also featured a young boy whispering the “Zoom-Zoom” tagline, who eventually was referred to as the “Zoom-Zoom Kid”

This is a list of Mazda automobile models. Most Mazda vehicles have a different name for the Japan home market than is used for the rest of the world. Both names are included below with the more consistent Japanese names first.