If you ever decide to get personalized tattoos you should first check whether the tattooist can actually spell. These guys didn’t and ended up with permanent typos on their bodies. 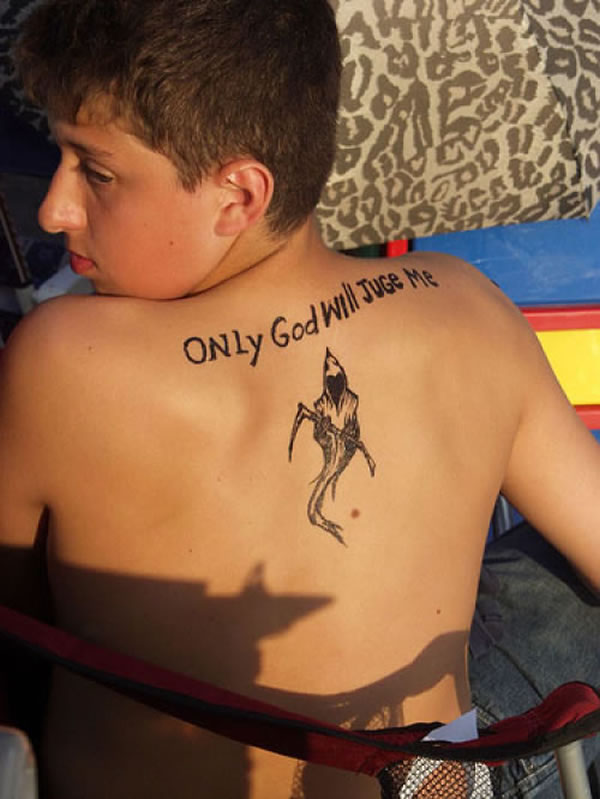 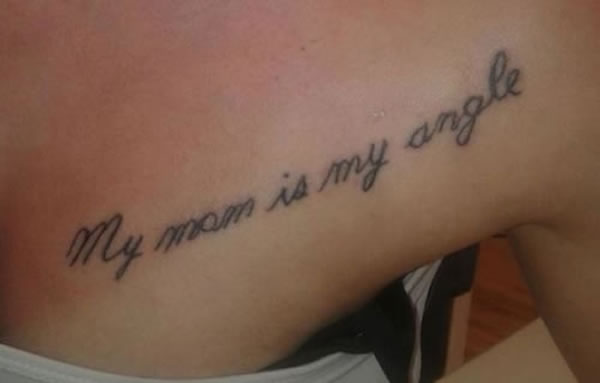 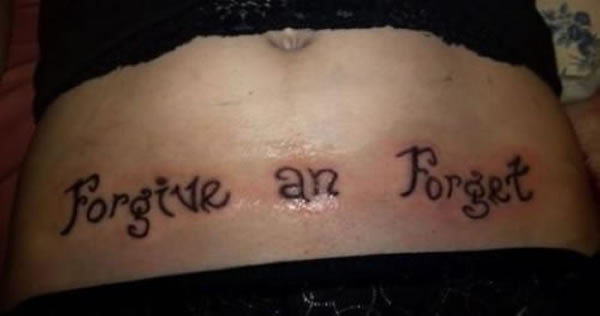 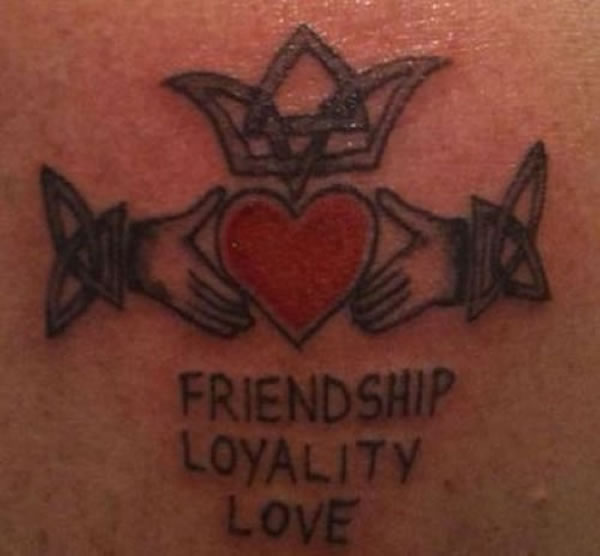 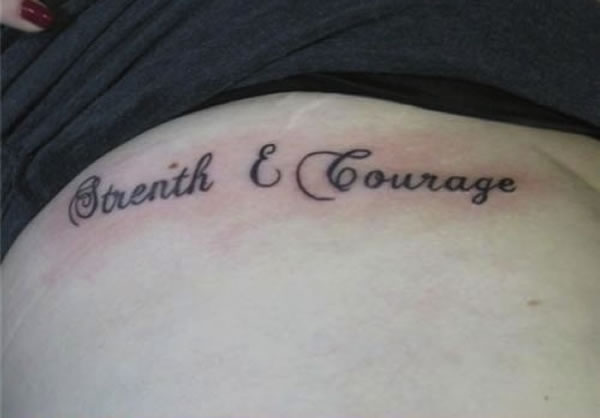 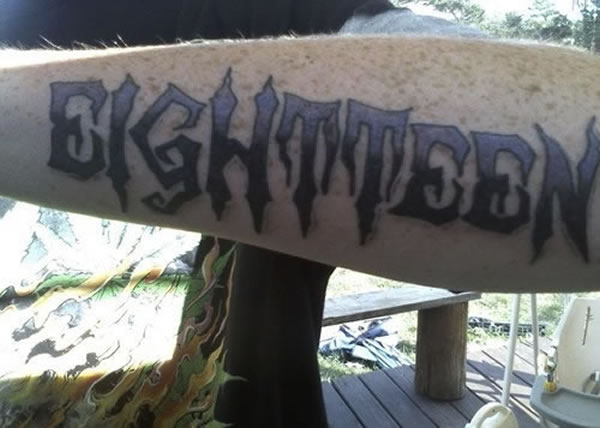 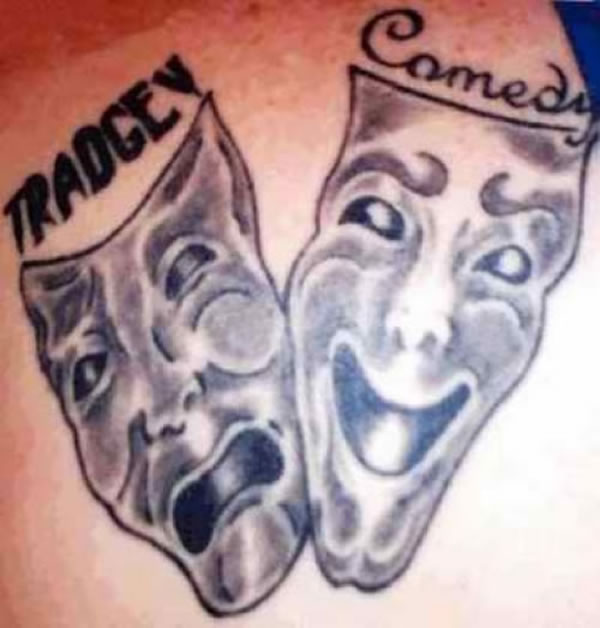 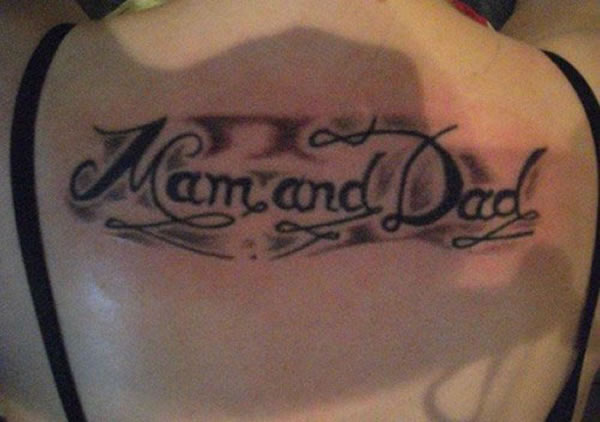 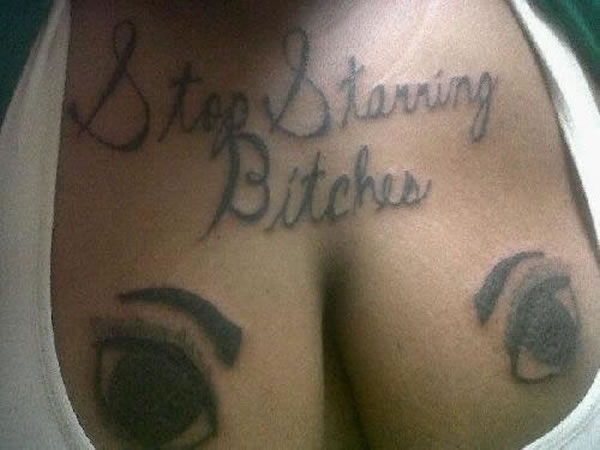 1. The Online Etymology Dictionary traces the word “tattoo” back to the Polynesian noun tatau, meaning “puncture, mark made on skin.” Some have even suggested that the word is onomatopoeic, mimicking the tapping sound of early tattooing implements.

2. Prison tattoo artists use materials such as cd player motors, springs, pens and soot (among other found materials) to create tools and inks for tattooing fellow inmates. In some Russian prisons, they make ink with melted boot heels mixed with urine or blood.

3. The first tattooing machine (the precursor to today’s tattoo gun) was patented by Samuel F. O’Reilley in 1891. It was actually just a modification of an invention designed for autographic printing, first patented by Thomas Edison 15 years earlier.

4. According to some sources, different types of sailors’ tattoos held different meanings at different times in history. For example, a turtle meant he had crossed the equator; a full-rigged ship meant he navigated around cape horn; and a dragon indicated that the sailor served in China.

5. Several U.S. presidents are rumored to have had tattoos, including Franklin Pierce and Dwight Eisenhower. Theodore Roosevelt, however, is confirmed to have had a family crest inked into his chest.

6. Ötzi the Iceman is the oldest natural mummy ever discovered in Europe (he was found between Austria and Italy), and is believed to have lived around 5,200 years ago. After observing his tattooed body, some researchers believe his markings may have had medical significance, as they bear a “striking proximity” to the locations of the body’s acupuncture points.

7. In 1999, toy maker Mattel introduced the Butterfly Art Barbie which came with a butterly tattoo on her stomach, along with temporary tattoos for the doll’s owners. It was eventually taken off the market after numerous complaints were recieved from parents. Mattel later released the Totally Stylin’ Tattoos Barbie in 2009, complete with a temporary-tattoo “gun,” and then the Tokidoki Barbie in 2011, featuring tattoos on her arm and collarbone.

8. Between the years 1961 and 1997, it was illegal to get a tattoo in New York City. It was banned by the Department of Health after an outbreak of hepatitis B.

9. The very first televised beauty pageant (filmed at the 1939 World’s Fair) featured a heavily-tattooed contestant named Betty Broadbent, who was already somewhat famous as a circus performer for the Ringling Brothers and Barnum and Bailey Circus.

10. In an annual survey conducted by the Center for Professional Excellence at Pennsylvania’s York College in 2012, 61 percent of human resource managers claimed that an applicant’s chances would be hindered by a tattoo. A year earlier in 2011, it was only 57 percent.