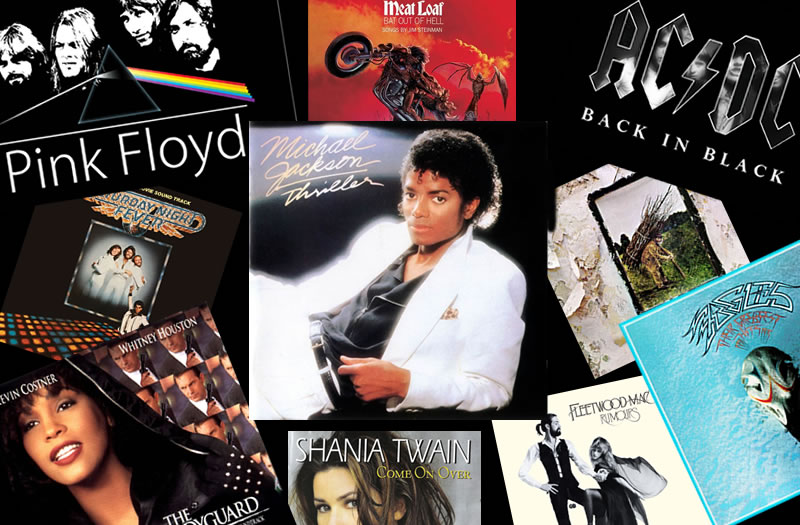 Check out the top 10 selling music albums ever, did you know these? and is your favorite album here? 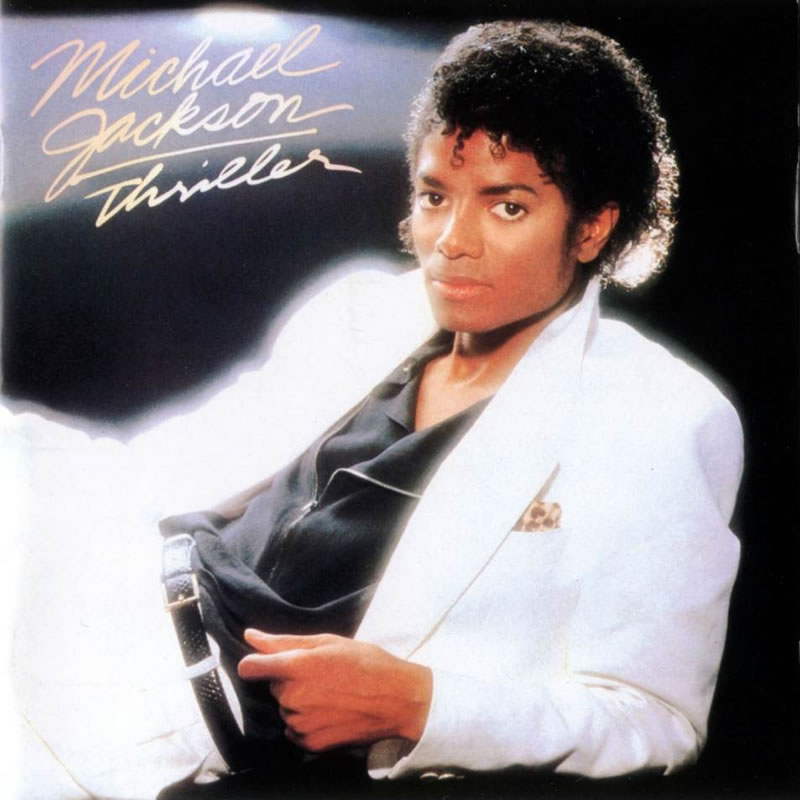 Thriller was Michael Jackson’s sixth studio album. It was released on November 30, 1982, by Epic Records. Of the album’s nine tracks, four were written by Jackson. Seven singles were released from the album, all of which reached the top 10 on the Billboard Hot 100. The album won a record-breaking eight Grammy Awards in 1984, including for Album of the Year. 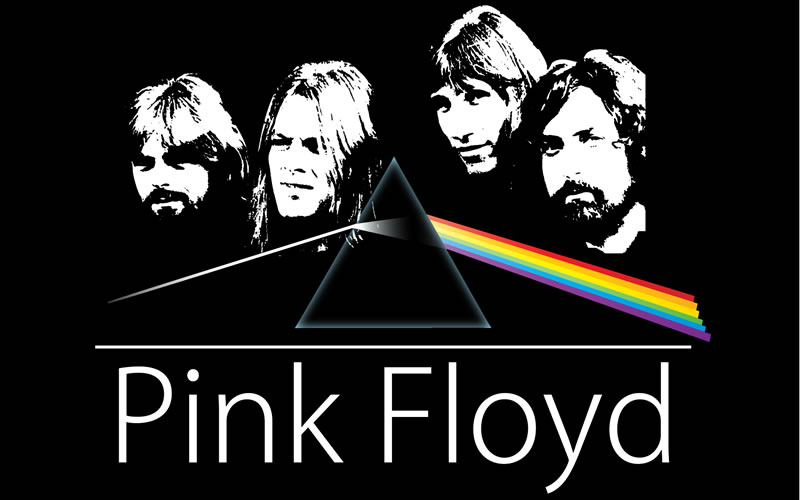 The Dark Side of the Moon is the eighth studio album by the English progressive rock band Pink Floyd, released in March 1973. The theme of the album is about human feelings of conflict, greed, the passage of time, and mental illness, the latter partly inspired by Barrett’s deteriorating mental state. The Album topped the Billboard Top LPs & Tapes chart for one week and remained in the charts for 741 weeks from 1973 to 1988. 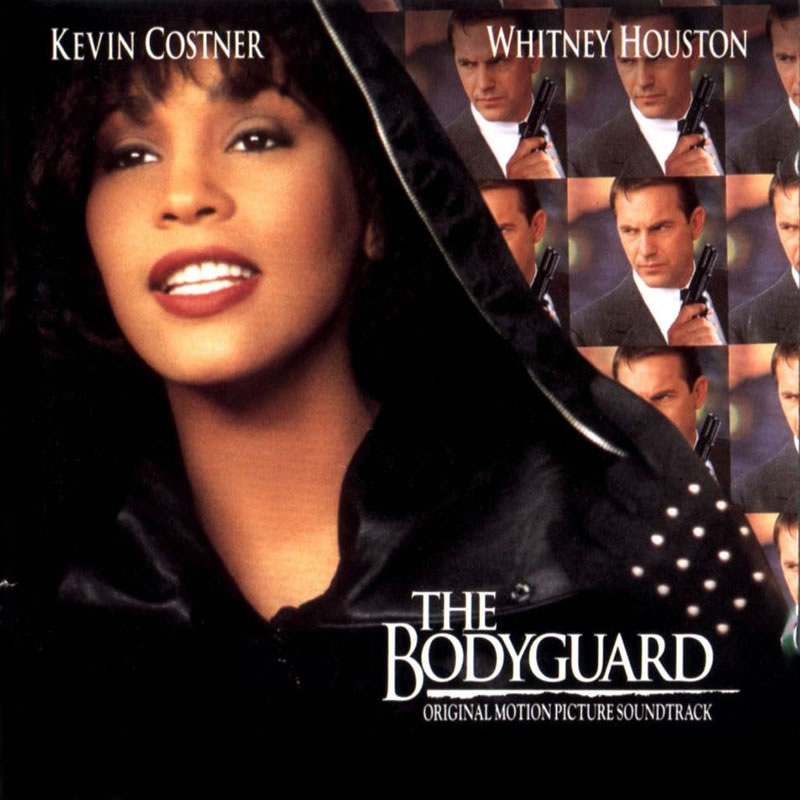 The Bodyguard: Original Soundtrack Album is the soundtrack from the film of the same name, released on November 17, 1992, by Arista Records. Side 1 of the album featured songs by Whitney Houston, side 2 featured the work of various artists. The album was co-executive produced by Whitney Houston and Clive Davis. The soundtrack went on to win the Grammy Award for Album of the Year. 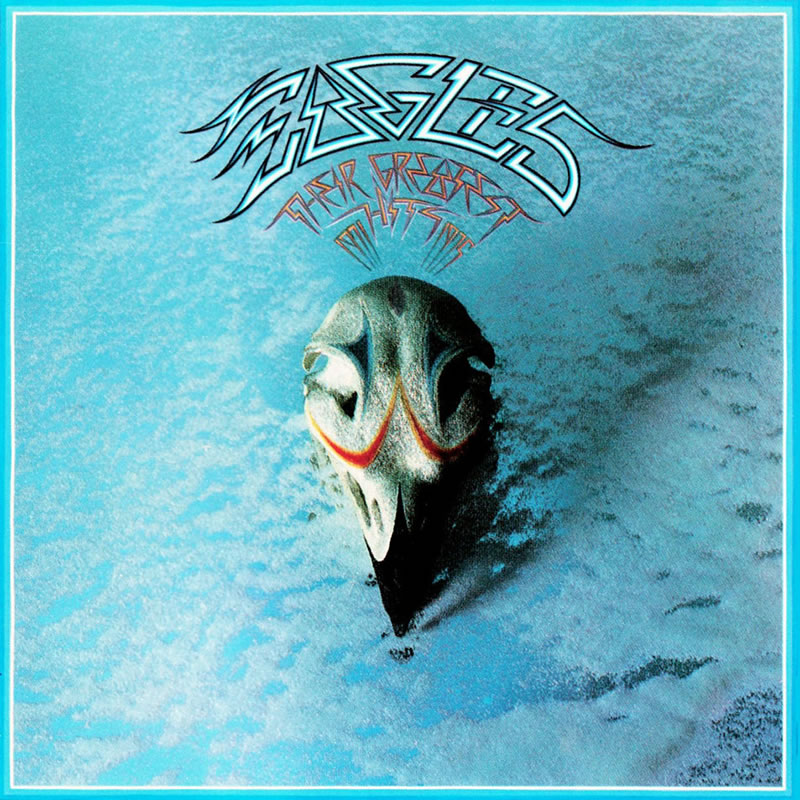 Their Greatest Hits (1971–1975) is a singles compilation album by the Eagles, released in 1976. The album comprises nine best-selling singles released between 1972 and 1975, as well as “Desperado”, which had never been previously released as an A-side. All single tracks but “Tequila Sunrise” charted in the top 40, with five in the top ten, and “One of These Nights” and “Best of My Love” both topping the singles chart. 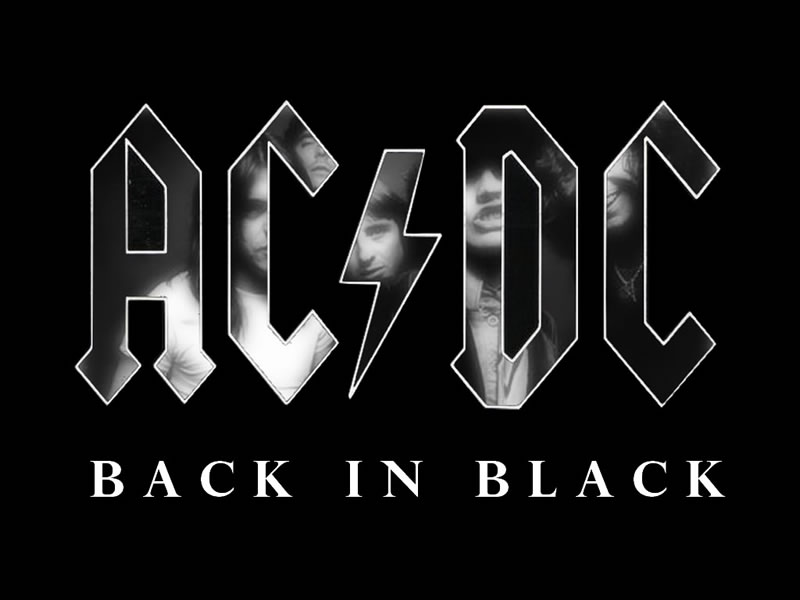 Back in Black is an album by Australian hard rock band AC/DC. It was the band’s sixth internationally released studio album and the seventh to be released in Australia on 25 July 1980. It was the first AC/DC album recorded without former lead singer Bon Scott, who died on 19 February at the age of 33, and the album was dedicated to him. 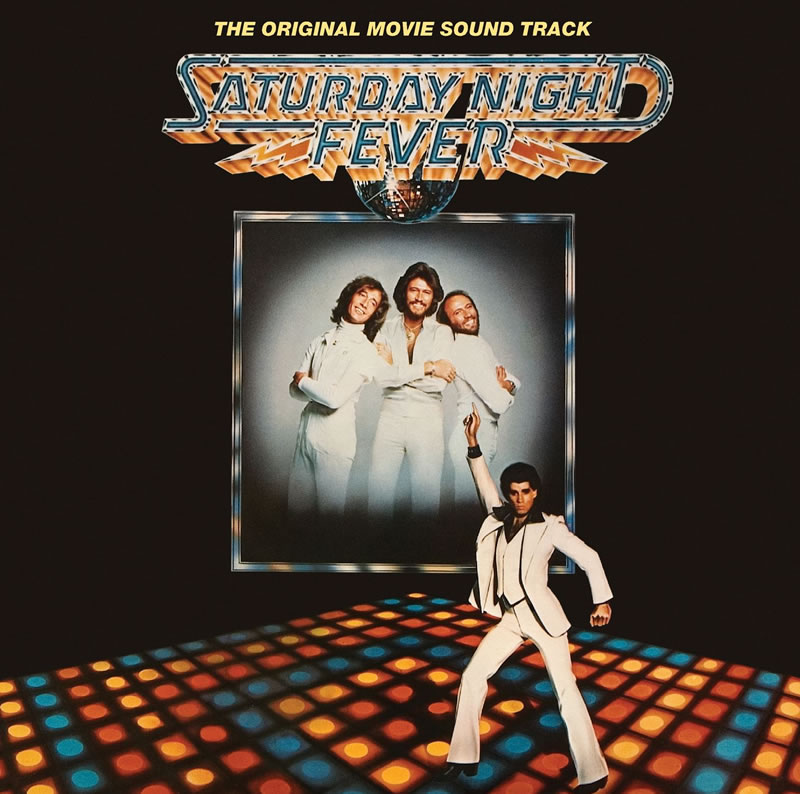 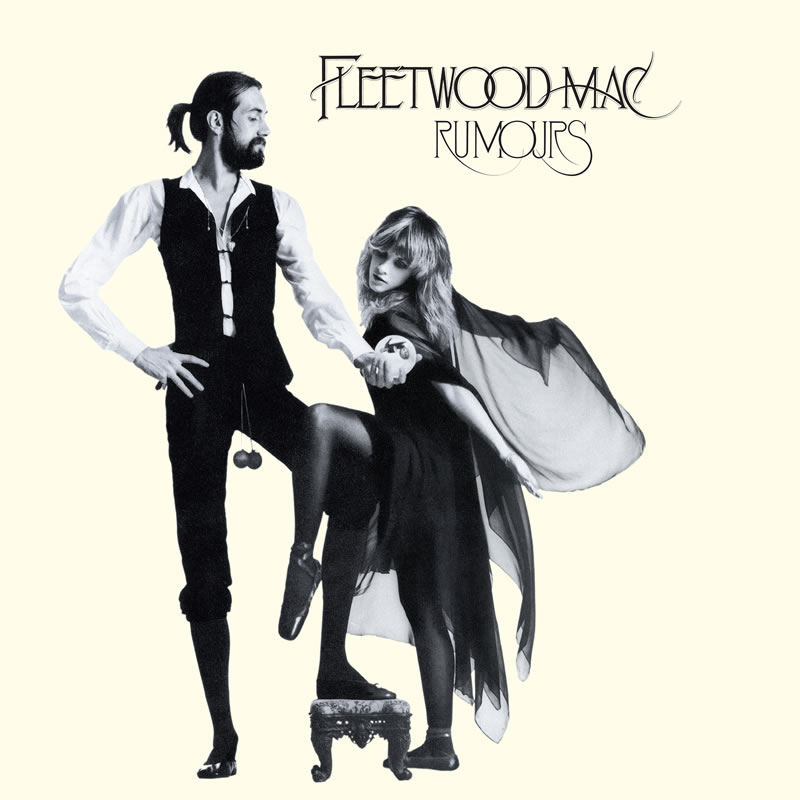 Rumours is the eleventh studio album by co British/American rock band Fleetwood Mac. Recorded in California during 1976, it was produced by the band with Ken Caillat and Richard Dashut and released on 4 February 1977 by Warner Bros. Records. The songs “Go Your Own Way”, “Dreams”, “Don’t Stop”, and “You Make Loving Fun” were all also released as singles. Rumours is Fleetwood Mac’s most successful release and won the Grammy Award for Album of the Year in 1978. 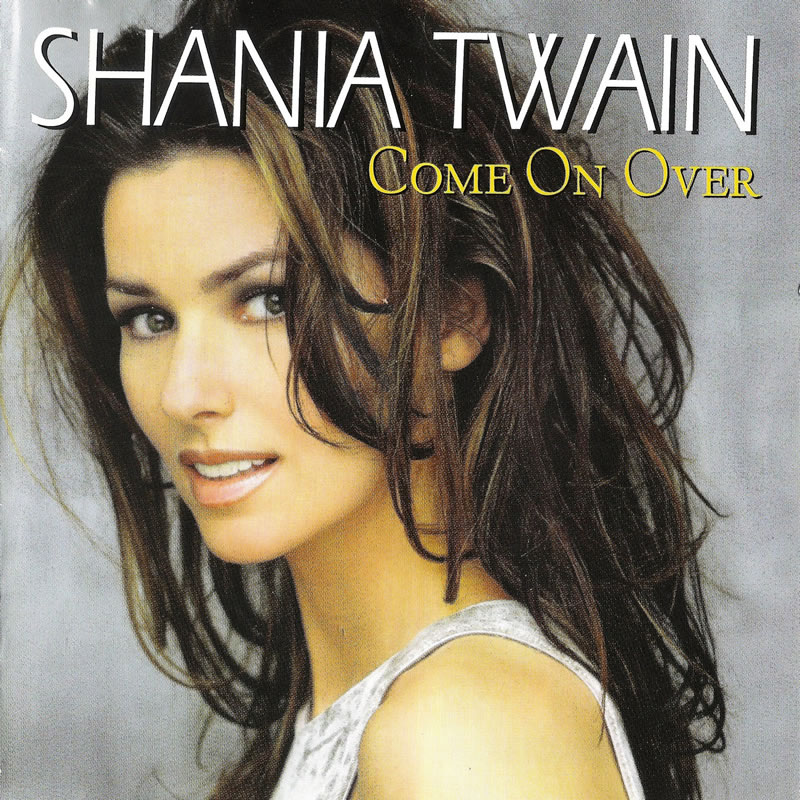 Come on Over is the third studio album recorded by Canadian singer Shania Twain. It was released on November 4, 1997. It is the best selling country music album, and the best selling studio album by a female artist of all time. The album entered at No. 1 on the Billboard Top Country Albums chart and remained there for 50 non consecutive weeks. It stayed in the Top Ten for a total of 151 weeks. 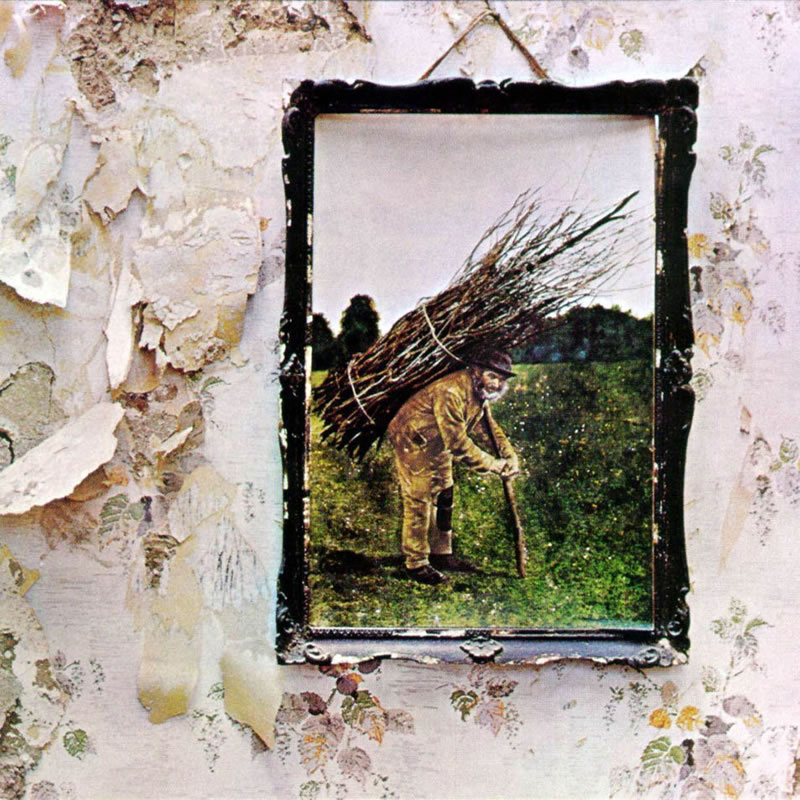 This untitled fourth studio album by the English rock band Led Zeppelin, commonly referred to as Led Zeppelin IV, was released on 8 November 1971 by Atlantic Records. The album was produced by guitarist Jimmy Page, recorded between December 1970 and March 1971 at several locations but most prominently the Victorian house Headley Grange. The album lacked a title and the original cover featured no band name, as the group wished to be anonymous after their previous album had received bad reviews. However Led Zeppelin IV was both a commercial and a critical success, producing many of the band’s most well known songs which include “Black Dog”, “Rock and Roll”, “Going to California”, and the band’s signature song, “Stairway to Heaven”. 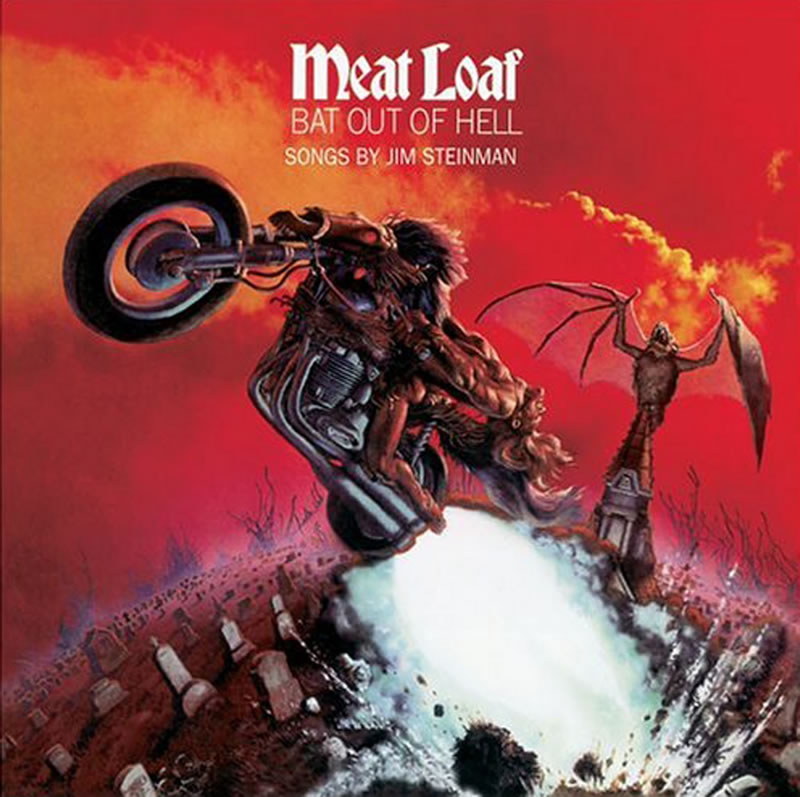 Bat Out of Hell was the second album by American rock musician Meat Loaf, as well as being his first collaboration with composer Jim Steinman, it was released in October 1977 on Cleveland International/Epic Records. This album has been certified by the Recording Industry Association of America as a platinum album no less than fourteen times.