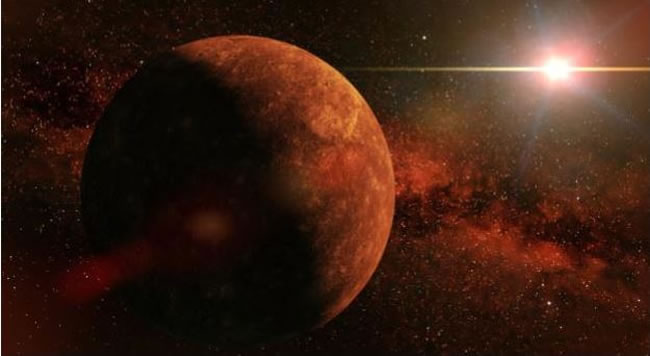 If you don’t think the stars or the moon have any effect on our lives: then why do they control the tides? Learn about mercury in retrograde and what it does.

Are you one of the 90% of adults that know their astrological sign?

If you are, then you may know about Mercury in retrograde.

However, if you’re not, you may not think the stars or the moon have any effect on our lives: then why do they control the tides? Learn about Mercury in retrograde and what it does.

What is Mercury in Retrograde?

First off, what is Mercury in retrograde? We all know that Mercury and Earth are planets that orbit around the sun. Well, Mercury being in retrograde is simply just talking about the positioning of where the two planets are in relation to each other.

On Earth, it looks like Mercury is moving in the opposite direction for a few weeks. During this time, it looks like the planet is moving from east to west instead of west to east like it always does.

You can think about it like this. On the highway, if you’re driving really fast past a slow car, it could possibly look like the car is moving backward rather than the fact that you are moving forward.

Earth has a different orbit than any other planet in the solar system, so at some point in time, every planet will look like it is going backward in different points in time. Mercury only has an 88-day orbit, while Earth has 365. This is why it happens often with Mercury.

If a planet is farther from the sun than the Earth is, their retrograde may be more noticeable if you’re looking at night. However, since Mercury is closer, the gravitational pull may be a little bit more noticeable.

This phenomenon of retrograde has been blamed on so many things that go wrong. Canceled flights, problems at work or in relationships (make sure you check your love horoscope), and car accidents could all be blamed on this phenomenon.

Anything that has gone wrong could be due to the positioning of the planets. Some people may even feel more irritable during this time.

The History of the Retrograde

Mercury retrograde is actually not a newly discovered phenomenon. In fact, it has been around for a while since the mid 18th century.

The first people to notice this and document it was the British. Notes of this started appearing in the British agricultural almanacs. The farmers of the time would read them and try to plant their food accordingly depending on where the stars were.

Astrology was also very popular during the Victorian era. Many people believed that the stars had a very prominent impact on life on Earth.

However, people back then didn’t connect the two as prominently as we do today.

In the 1970s, horoscopes became a routine part of the newspaper. Mercury retrograde was often featured whenever the event would happen. In Roman mythology, the god of Mercury was believed to be in charge of travel, finances, commerce, and even communication.

Astrology picked that up and noticed that when Mercury was in retrograde, problems in those areas would become more prevalent.

What Does That Mean for You?

Astrology focuses on studying how the solar system affects us on earth.

Some astrologers say that if a planet is going into retrograde, it’s a good time to do some self-reflection. For you, it could be a chance to decide to change some things in your life and then keep going.

It is also a great time to call up that old friend you’ve been talking to. If you’ve had some items go missing, you may have more luck finding it while a planet is in retrograde.

However, all of this stuff may not be as easy as you thought it would be.

Because of the retrograde, your communication could be impaired during this time period. You may not be able to get people to understand exactly what you’re saying. Other people may have problems communicating with you as well.

Most of our technology uses some kind of communication, so it is also common for your electronics to start acting up during this three week period as well. This could also make things difficult, so make sure that you have everything saved up before Mercury goes into retrograde.

When Mercury is in retrograde, just pay attention to what is going on around you. Do things seem to be breaking down? Does one thing after another start to go wrong no matter what you try? Have your plans been canceled or have you had issues with traveling?

These could all be signs that Mercury is retrograding.

How Often Does This Happen?

Mercury being in retrograde normally happens several times a year.

Mercury has gone into retrograde a few times for 2019 so far. It happened from March 5th to the 28th, July 7th through August 2nd, and will happen again on October 31st until November 20th.

While it may seem like the world is ending with everything going on, it’s actually not. The retrograde will eventually end, and everything will go back to normal.

Even if you don’t believe in astrology, it is still a good time to do some self-reflection and see how you can make positive changes in your life.

Mercury in retrograde doesn’t have to be a bad thing.

You could look at it as an opportunity to make some changes in your life. It could also offer a change in perspective.

To be prepared for the day though, make sure you check out your daily horoscope!

What is the Best Plant to Use in a Science Experiment?