Frano Selak, One Of The Most Luckiest Men On The Planet 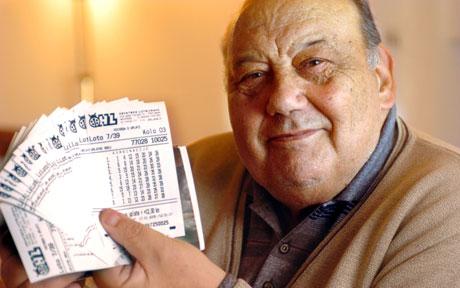 Frano Selak is probably one of the most luckiest people in the world, not only has he walked away from numerous near death situations that would have killed most people but he has also won a small fortune.

Croatian guy Frano Selak, has escaped more vehicle accidents than most people have ever experienced.

Frano’s story of luck started in the sixties when he was riding on a train that derailed into a river. Being the wintery month of January, the list of terrible things that could have happened as a result of a train diving into an icy cold river were greatly increased. But Selak survived and walked away with just a broken arm.

A year later, Selak was taking a flight on a commercial airliner when the cabin doors were blown off. Selak was sucked out of the plane and was the only surviver due to landing on a soft haystack.

About a year after that, Salek tried his hand at buses and once again found himself crashing into a freezing river.

Frano has also been hit by a bus and escaped a car explosion on two occasions. In 2004 Frano hit some good luck that didn’t involve near death, he won the Croatian Million Dollar lottery.

But now the 82 year old pensioner has decided that “money cannot buy happiness” and has decided to live a frugal life.

He has sold his luxury home on a private island, given away his fortune to family and friends and moved back to his modest home in Petrinja.

He kept the last bit of his winnings for a hip replacement operation so he could enjoy life with his wife and also so he could build a shrine to the Virgin Mary to give thanks for his luck.

Mr Selak said he has never been happier.

“All I need at my age is my Katarina. Money would not change anything,” he said.

“When she arrived I knew then that I really did have a charmed, blessed life.

He added that people were always telling him he was lucky to have survived so many disasters but he added: “I always think I was unlucky to have been in them in the first place but you can’t tell people what they don’t want to believe.”