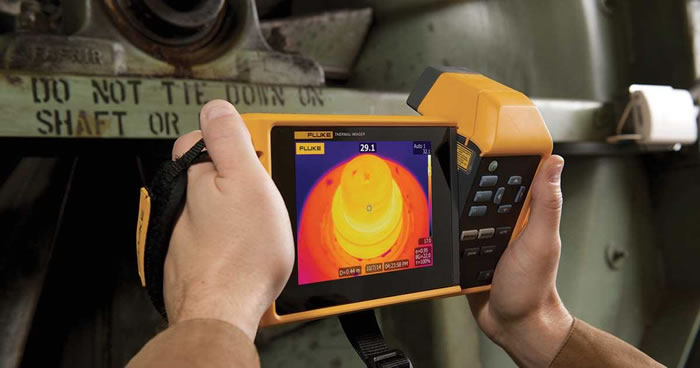 Anyone who knows comic books probably remembers the classic that started it all with Superman, the man of steel.

One of his amazing powers included x-ray vision, or the ability to see through materials to find out what was inside something. Superman could see through all kinds of materials, ranging from wood to metal. Unfortunately, today, no such technology exists. Steel continues to be impervious to being penetrated for the purposes of seeing through it. However, that doesn’t mean that steel can’t be observed regarding its metal properties in different conditions.

The Nature of Metal

Normally, metal and glass tend to reflect heat, especially when the outer surface is finished. However, once the temperature reaches a certain point, even that reflection capability is overcome. When that occurs, the metal actually starts to transfer heat throughout itself. This is how heat can transfer from one end of metal to another, such as the food end of a fork held over a stove range, but the handle end gets hot after a few minutes. Once steel is absorbing heat, it becomes extremely easy to read with a thermal camera, at least in terms of the outside of the metal and heat it gives off.

What Can Be Seen

Thermal imaging works off of the infrared spectrum, distinguishing between temperature differences and detailing that behavior as color changes on a viewer as the reading data is translated from sensor to equipment programming. The results allow the viewer to see what’s going on with heat affecting steel as well as how that temperature is changing the nature of steel’s structure, particularly when it transitions from solid to liquid state. It takes an incredible amount of heat to convert steel to a molten form, which in turn produces a related amount of heat release as well. As a result, steel’s temperature behavior can be observed, tracked and measured with thermal imaging, giving a viewer insight into what is happening with the metal from a physics perspective as well as what is known about the conversion of solids to liquids. However, there is no ability to see through the steel ever.

Thermal imaging has been around since the 1950s and the Korean War when the military first used to for reconnaissance in the dark as well as to identify targets in hard-to-see locations. The fundamental science focuses on viewing and seeing observable changes and conditions changes, namely temperature. When changes happen, they are picked up on the infrared spectrum and can be interpreted, as well as used to make assumptions as to what is happening to the material being observed. Both inanimate objects, liquids, gases as well as organisms can give off heat. Both can be seen on infrared sensors, and that information can be used for processes or detection.

Depending on how the heat is affecting steel, different levels of temperature can be seen. So, for example, if a steel container is supposed to have a uniform temperature rating, thereby ensuring its solidity and integrity under pressure, seeing an anomaly would be an indication of a problem. Hot spots with significantly different temperature levels versus the rest of the steel would be a flag that something is going wrong and the steel in that particular location is behaving differently, generally weakening to the strain of temperature change.

Unlike the normal human eye, a thermal camera can easily identify differences and changes in temperature using a gradient display. What would just be a blazing brightness of hot metal to an observer, obscured by hot air and fumes, a thermal camera can define in high detail. The results are distinct, measurable and clear of interruption or altering by gases or hot air in the immediate area. Because they incorporate computers, thermal cameras can also calculate on-the-spot observation differences from norms or baselines, signaling when what is being viewed is off the acceptable range.

With basic cameras and technology, thermal imaging has for years been grayscale, i.e., devoid of color. The differences in temperature was identified from darker colors being color to whiter colors being hotter. Everything in between would be variations of grey. However, the advanced technology provided by FLIR’s engineers is not just in full color, but the detail of variations in temperature change is extremely minute and down to the extreme measurements. The result is a night and day difference from what was visible in basic greyscale.

Connors Industrial continues to be one of the top providers for high-performance thermal imaging systems. Built on the expert engineering of FLIR camera systems, Connors Industrial provides both installation as well as ongoing support guidance, with FLIR equipment tailored specifically to what the client needs or has to measure on a continuous basis. Connors Industrial specialists evaluate the clients current platform, match the right FLIR equipment to the goals and target expected, and help the client install the technology correctly, avoiding critical mistakes and ensuring long-term successful performance. So, while your facilities and plant managers won’t get the power of Superman to see through steel, you will definitely be able to see what is happening to it temperature-wise with thermal imaging, down to the seconds of changes

What is the Best Plant to Use in a Science Experiment?