Behind The Scenes Pictures From The Movies Image Library

If you love movies as much as we do then you will love these behind the scenes pictures taken the Hollywood image library. Take a look and see if you recognize any of the movies. 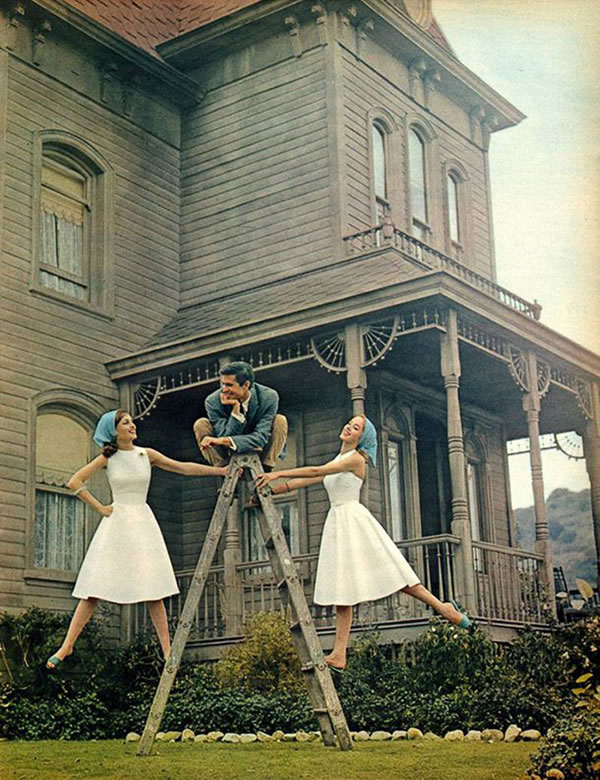 Even though the famous shower attack scene in Psycho only lasted 45 seconds it actually took seven days to film and consists of seventy cuts. 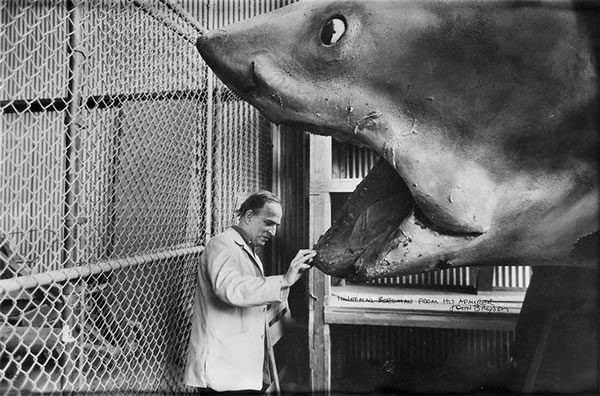 Ingmar Bergman checking out the shark from Steven Spielberg’s Jaws. Did you know the cast nicknamed the shark Bruce? 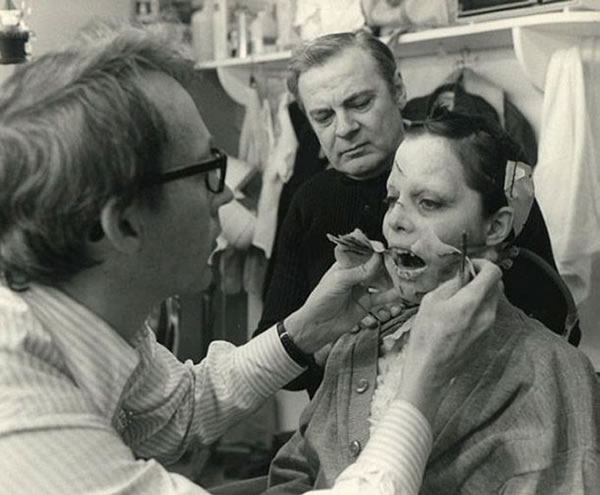 Linda Blair in make-up preparing for her scary role in the horror movie, the Exorcist.

Many people didn’t know that the young priest who takes father Karras’ confession was and still is a priest to this day. 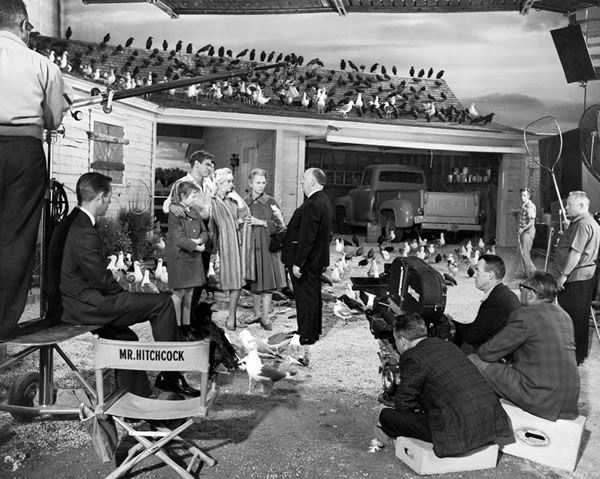 In this famous Hitchcock movie the actors had to be smeared in ground meat or anchovies to attract the birds.

Star Wars The Empire Strikes Back 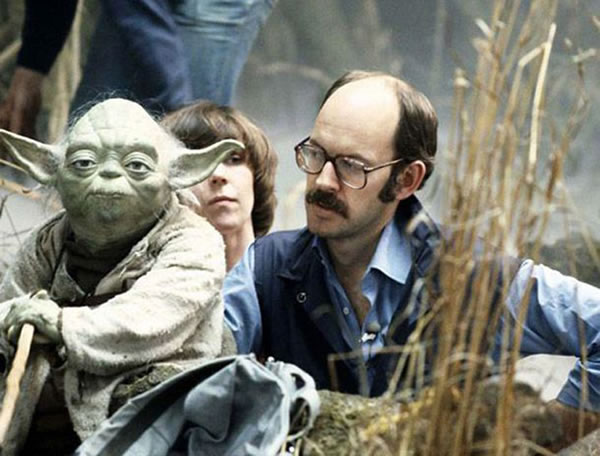 George Lucas’ originally idea for Yoda was a small monkey wearing a mask, fortunately he scraped that idea and contracted the services of Jim Henson to create the puppet which Star Fans love. 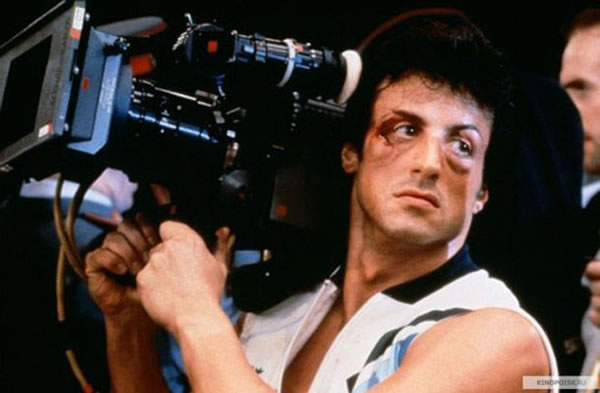 A directing decision by Stallone to actually have real punches in the fight scene for better realism led to Sly spending eight days in hospital after co-star Dolph Lundgren landed a few punches on the star. Stallone’s injuries were so severe doctors thought the actor had been hit by a car. 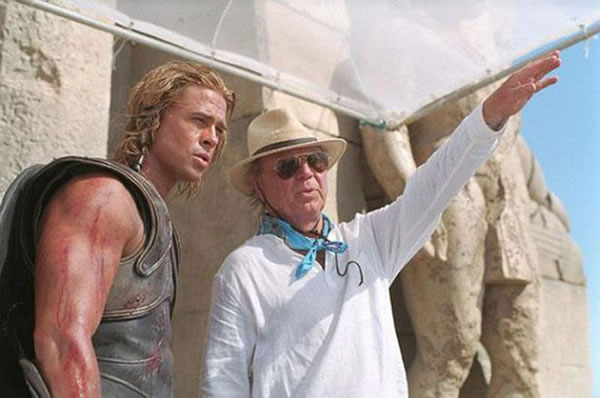 In an ironic twist, filming on Troy was delayed for three months after Brad Pitt injured his Achilles tendon while playing a warrior who was famously brought down by taking an arrow in the Achilles tendon. 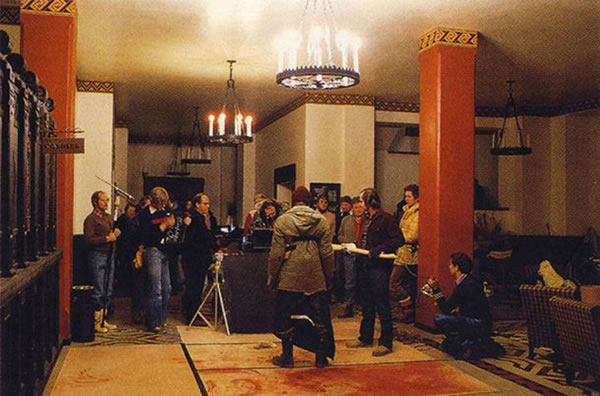 The famous catchphrase “HEEEERE’S JOHNNY” was actually Jack Nicholson’s idea and has since become one of the top movie quotes of all time. Nicholson even went as far as writing an entire scene for the movie. 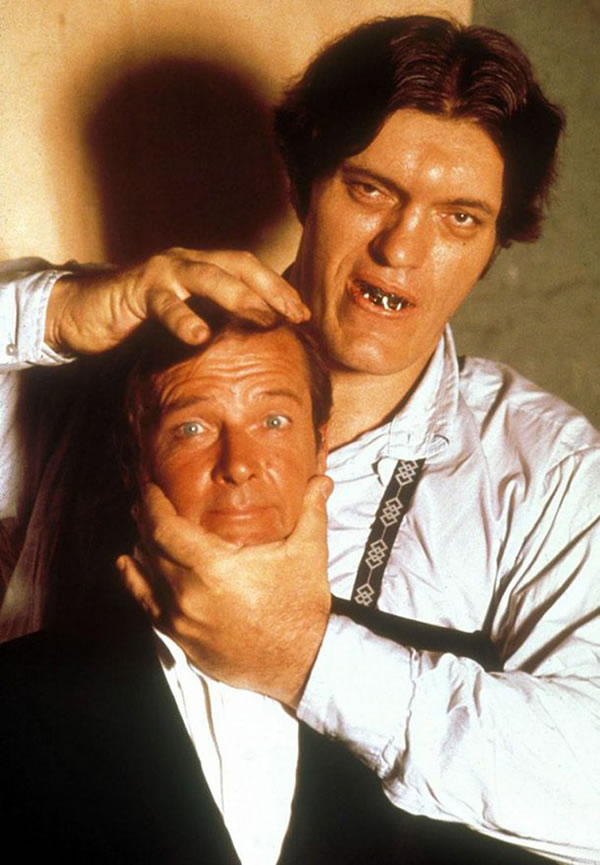 The huge Richard Kiel playing around with Roger Moore in the tenth James Bond movie. The metal teeth worn by Kiel were so painful for the actor that he could only wear them for about 13 seconds. The only time Jaws ever used the teeth was when his mouth was actually open. 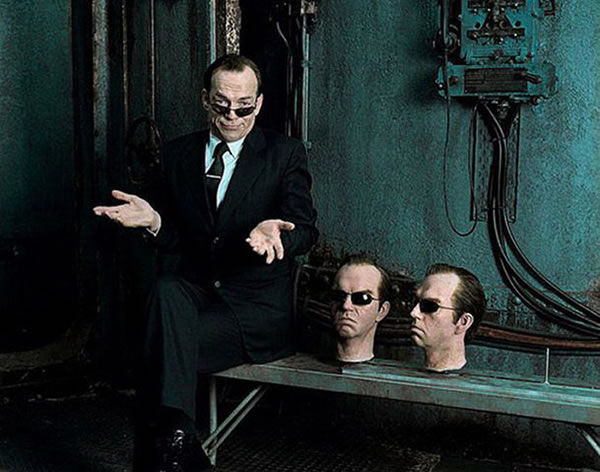 Despite being a computer program Agent Smith was selected by Empire Magazine as the 84th Greatest Movie Character of All Time.

The Hobbit: An Unexpected Journey 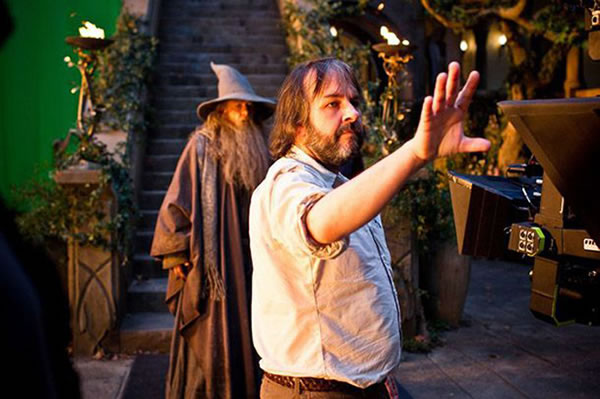 Serkis who plays Gollum has such a small part in The Hobbit trilogy that Peter Jackson made a 2nd unit director so he could watch his precious from behind the camera. 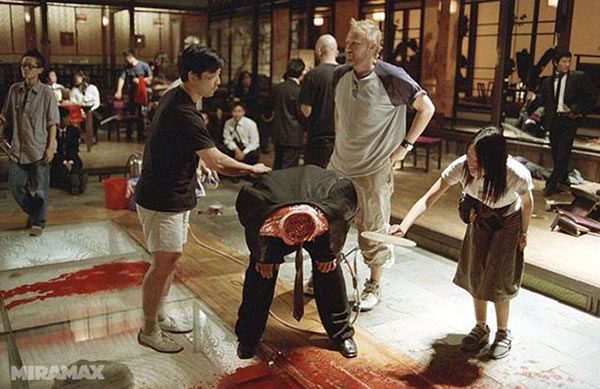 David Carradine wasn’t the first choice as Bill, Tarantino wanted Kevin Costner but he was busy with Open Range. Jack Nicholson, Kurt Russell, Mickey Rourke, and Burt Reynolds were also considered. Warren Beatty was almost signed but after expressing about the story was replaced by Carradine. 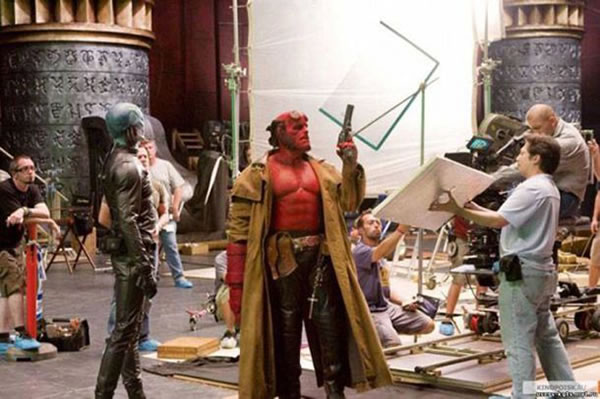 Ron Perlman and Doug Jones on set in Budapest. Hellboy director Guillermo Del Toro turned down the movies I Am Legend and Harry Potter and the Half-Blood Prince to direct Hellboy 2. 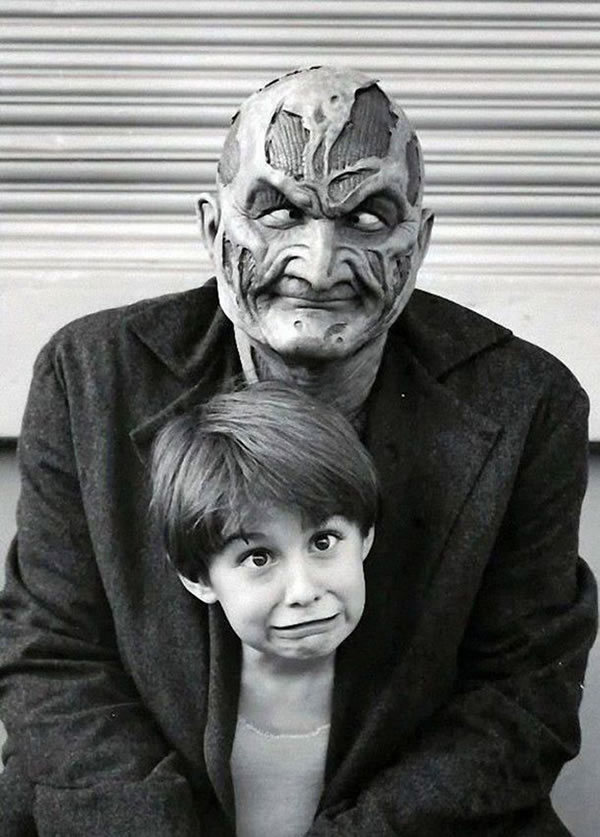 Did you know that Wes Craven based the films on true events? In the 1970s it was recorded that some people had such bad nightmares that they actually died in their sleep. The phenomenon only seemed to affect men between 19 and 57 and was given the name Asian Death Syndrome.

Harry Potter And The Goblet Of Fire 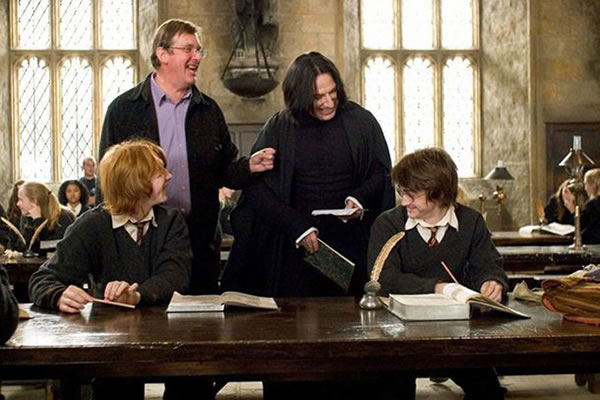 in the Harry Potter movies Ralph Fiennes does not wear any make up to cover his nose, it is actually removed digitally by editors. Also in the book Lord Voldemort has red eyes but Ralph insisted against it stating that his own eyes would provide a better idea of Lord Voldemort’s insanity and malignity. 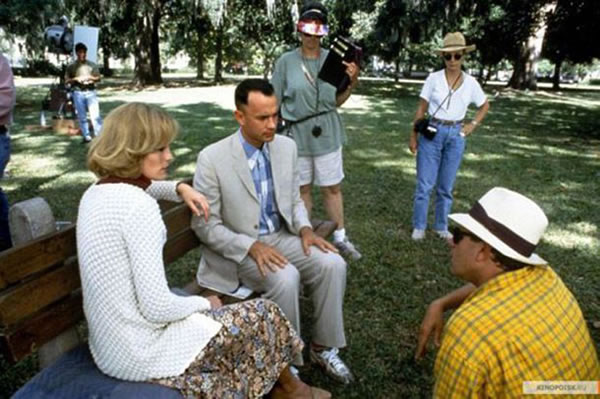 Tom Hanks and Robert Zemeckis on the set of Forrest Gump. Sally Field, who played Forrest’s mother, is only ten years older than Tom Hanks. 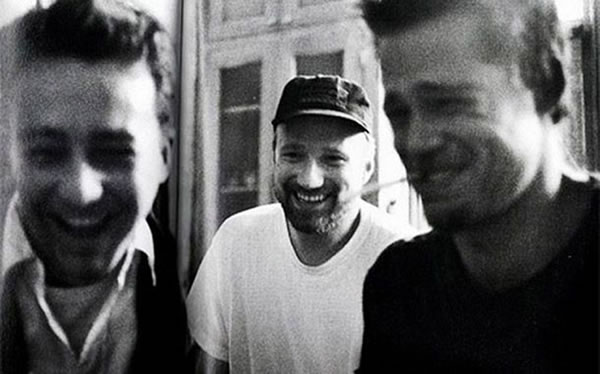 It’s all laughs on the set of Fight Club. According to director David Fincher there is at least one Starbucks cup strategically placed to be visible in every scene of the movie. 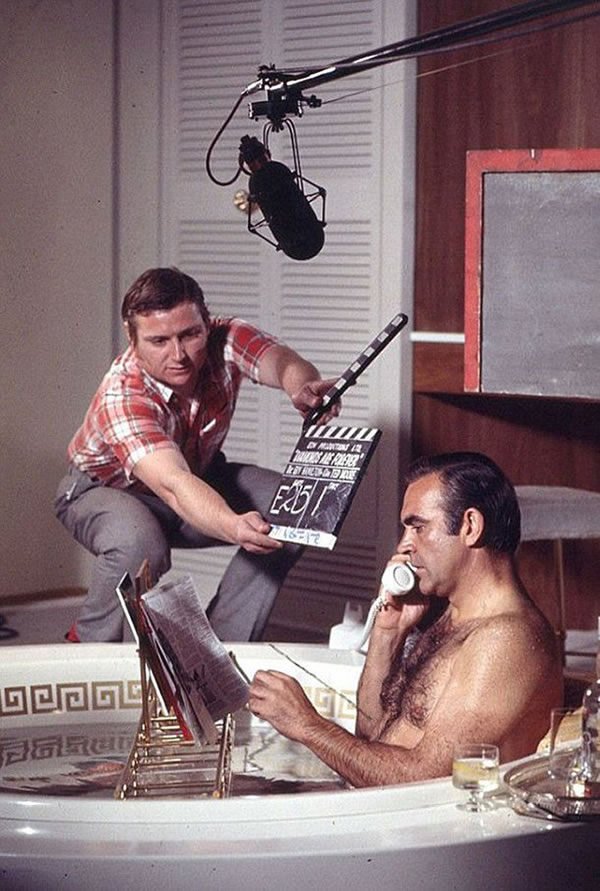 Burt Reynolds was actually supposed to play James Bond in “Diamonds Are Forever” but when it didn’t work out, Sean Connery was called in at the last minute to reprise his role.. 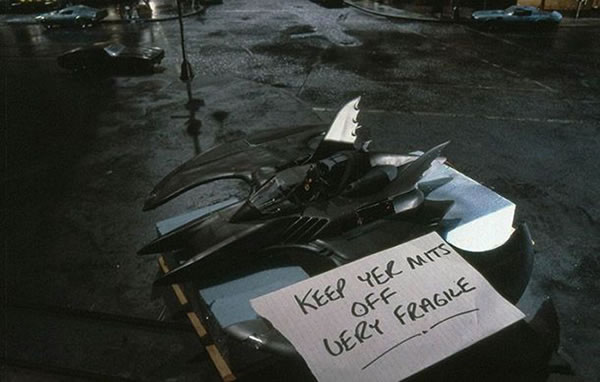 The anticipation for the first Batman movie was so high that people were paying to enter cinemas just to watch the Batman trailer and then walking out. 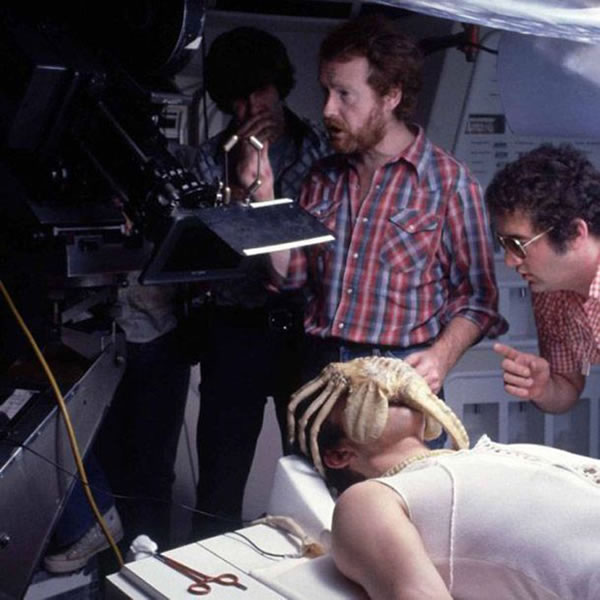 The gruesome seen of Alien exploding out of John Hurts stomach was just as shocking for the actors as it was for the audience as none of them had been warned what was going to happen.