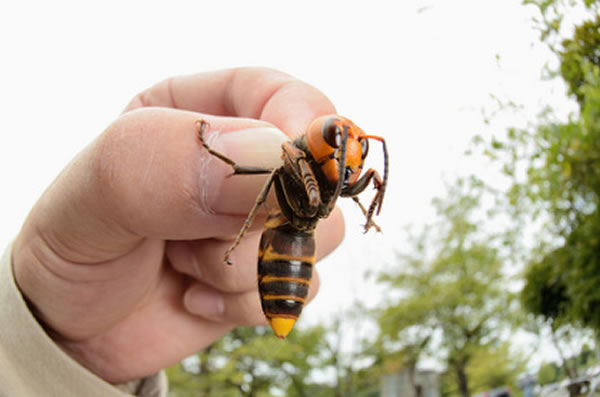 28 people have been killed and hundreds injured by deadly Asian giant hornet China!

Deadly hornets have killed at least 28 people in China following a string of recent attacks that have injured hundreds. A number of tragic cases have been reported, including a mother and son who died after being surrounded by a killer swarm. A man who tried to help them suffered kidney failure after the giant hornets chased him for 200 metres and stung him repeatedly on the head and legs.

In the city of Ankang alone, 18 people have died from the stings, while a further 212 people have been injured health official Zhou Yuanhong told Associated Press. Experts are blaming the vicious attacks on Asian giant hornets, which terrifyingly grow up to 5cm in length. The mammoth insects also wield a stinger in excess of 6mm long. The natural predators have jaws powerful enough to chew through regular protective bee suits and their venom, which they can spray, dissolves human flesh. If their venom lands in the eyes, the eye tissue will melt, according to a National Geographic documentary. 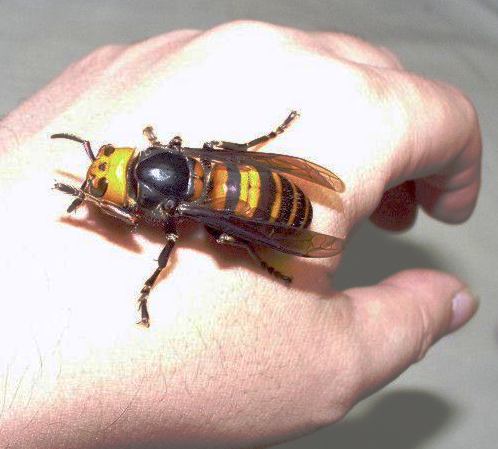 The giant hornets’ highly toxic stings can also lead to anaphylactic shock and renal failure. The attacks are an annual problem, The Guardian reported, but have worsened this year, possibly due to warmer weather boosting breeding. Li Jiuzhou, deputy director of the Shaanxi Bee and Wasp Industry Association, said that hundreds or even thousands of hornets could live in a single nest. They attack humans only if disturbed, he told the Associated Press. But they are carnivorous and can quickly destroy bee colonies.