Daily Cuteness – What Is A Sand Dune Cat 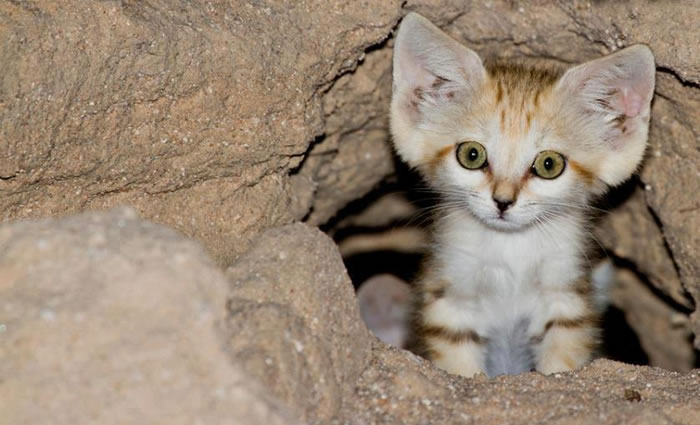 The sand cat (Felis margarita), also known as the sand dune cat, is the only felid found primarily in true desert, and has a wide but apparently disjunct distribution through the deserts of northern Africa and southwest and central Asia. Since 2002 this small cat has been listed as Near Threatened by IUCN due to concern over potential low population size and decline. Sand cats are found in both sandy and stony desert, living in areas far from water. Having thickly furred feet they are well adapted to the extremes of a desert environment, and tolerant of extremes of hot and cold temperatures. Victor Loche first described the sand cat in 1858 from a specimen found in the Sahara. He proposed to name the species in recognition of Jean Auguste Margueritte who headed the expedition into the Sahara. 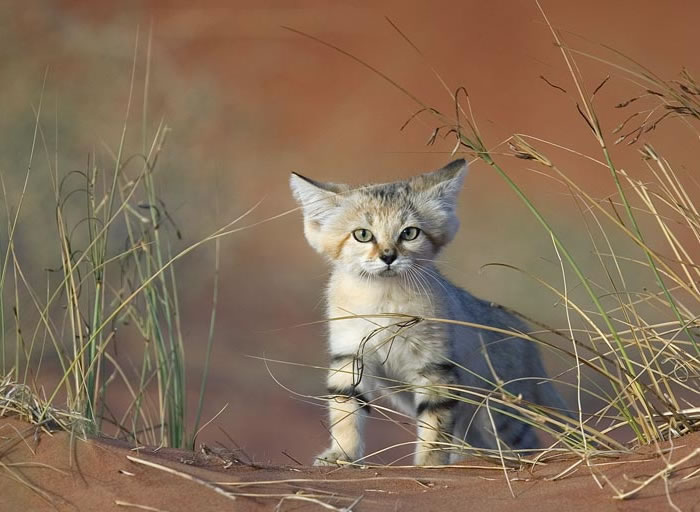 The sand cat is a small, stocky cat with short legs and a relatively long tail. The fur is of a pale sandy color usually without spots or stripes. The lower and upper lips, chin, throat and belly are white. The ears are tawny brown at the base with a black tip. The lower part of the face is whitish, and a faint reddish line runs from the outer corner of each eye, angling down across the cheek. The large and greenish yellow eyes are surrounded by a white ring, and the naked tip of the nose is black. There are blackish bars on the limbs, and the tail has a black tip with two or three dark rings alternating with buff bands. In northern regions, the sand cat’s winter coat can be very long and thick, with hairs reaching up to 2 in (5.1 cm) in length. 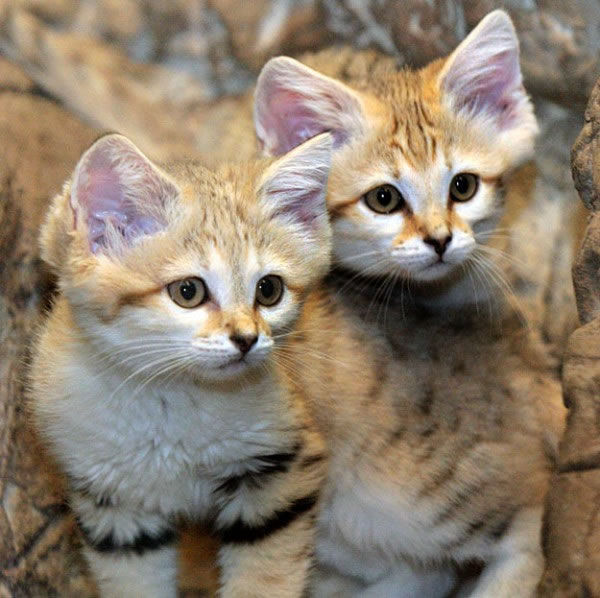 Its head and body length ranges from 39 to 52 cm (15 to 20 in), with a 23.2 to 31 cm (9.1 to 12 in) long tail. It weighs from 1.35 to 3.2 kg (3.0 to 7.1 lb). The auditory bullae and the passages from the external ears to the ear drums are greatly enlarged relative to other small felids. The undersides of the paws are protected from extreme temperatures by a thick covering of fur. The head is broad. The pinna of the ears is triangular, and the ear canal is very wide, giving the cat an enhanced sense of hearing. The ears are large and more pointed than in the manul. They are set low, giving a broad flat appearance to the head. This trait may protect the inner ears from wind-blown sand and aid detection of movements of subterranean prey. A highly developed hearing capacity is important for locating prey, which is not only sparsely distributed in arid environments, but also found underground. 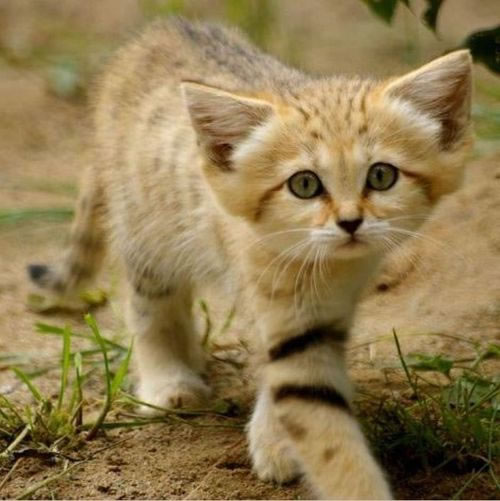 The long hairs growing between its toes create a cushion of fur over the foot pads, helping to insulate them while moving over hot sand. The claws on the hind feet are small and blunt, and combined with the fur over the foot pads, makes the animal’s tracks obscure and difficult to follow. The sand cat’s claws are not very sharp, as there is little opportunity to sharpen them in the desert; impressions of the claws are often visible in the tracks. 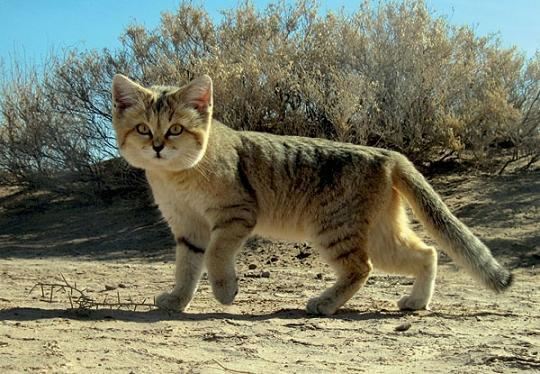