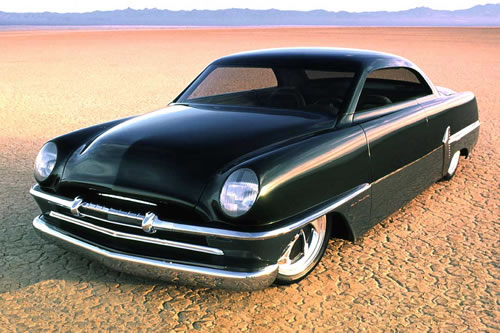 This cool car started of as a 1954 Plymouth Belvedere convertible but during the customization process received many new parts from other makes, the chassis was actually hand built with the suspension being taken from a 97 Viper along with the engine and transmission. 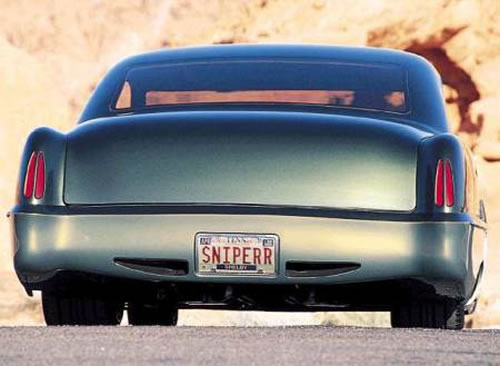 One of the main features of this restored Belvedere is what sits under the hood, a Dodge Viper V10 engine that kicks out 480 HP.

Other major modifications include Mercedes E320 headlights, a steel roof (the car was originally a convertible), extended and reshaped billet hood, grille and much more. 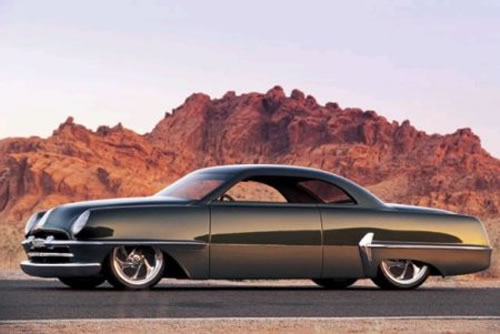 The car is painted in PPG Deep Moss Green and Spanish Olive Green and still looks as contemporary today as it did when it was first built. 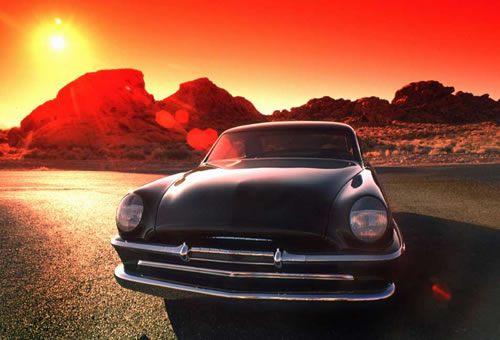