Top Ten Most Expensive Cars In The World 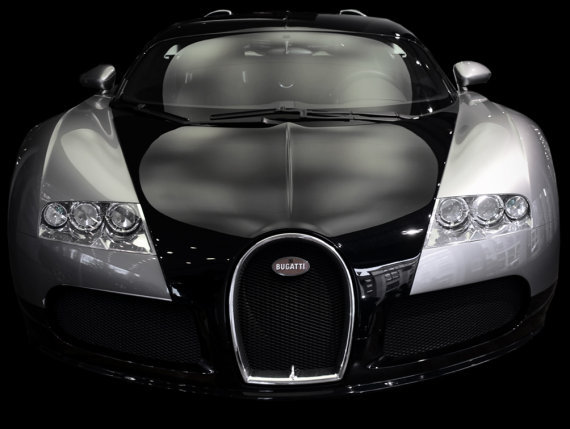 Before we get started, a few notes to remember. There are single or custom cars that may exceed these prices. For example, a 1961 Ferrari 250GT recently sold for $11 million making it the world’s most expensive car. But these, however, are recently produced new cars that are available today. Without further adieu, enjoy! 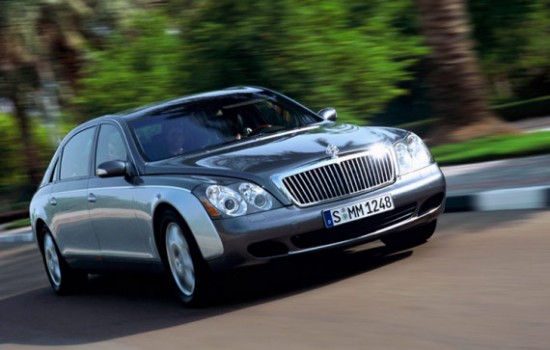 While the Maybach brand was initially founded in 1909, it was reintroduced by Daimler Chrysler in 2002 to compete with Rolls Royce and Bentley. Six years later, the “Luxury Brand Status Index” voted the Maybach as the number 1 luxury car– ahead of both Bentley and Rolls Royce. If price is any indicator, the Maybach 62 runs at $390,000, a good $50k higher than a Rolls Royce Phantom and $200k higher than a Bentley Continental GTC. What does that extra cash get you? The ultimate in luxury, powered by a 5.5L twin-turbo V12 engine pushing 612 horses. But you won’t get behind the wheel– this extended cab model is intended for your chauffeur. You’re busy in the back with models like Rosie Huntington Whitley. 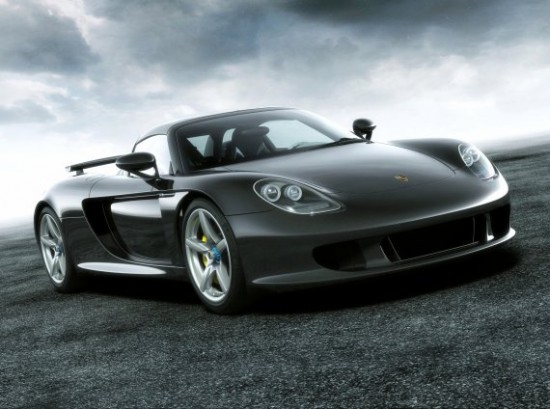 Going from luxury to performance in 3.5 seconds, the Porsche Carrera GT is a very different car than the Maybach above. The engines are quite similar– the Carrera GT is powered by a 5.7L V10 engine producing the same 612 HP as the Maybach. But with one glance at the Porsche, you know this beast means business. The Porsche Carrera GT hits sixty from zero in 3.5 seconds, as well as 100mph from a standing start in just 6.8 seconds. This mid-engine street machine was given the wheel base, air dams and carbon fiber body elements of a pro racer with street legal sensibility. 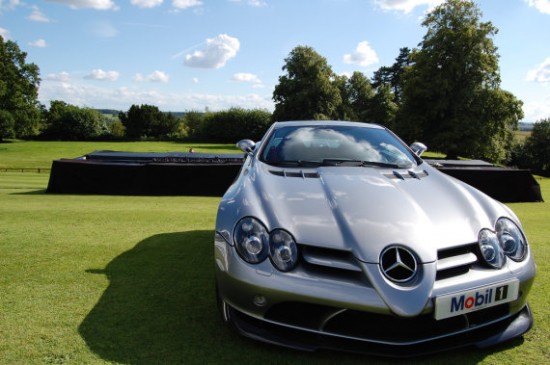 While production ended on Mercedes’ top roadster this year, a savvy shopper can find one of the 3,500 produced available for resale. A bit more powerful than the Porsche Carrera GT, the McLaren SLR includes a 5.4L SOHC V8 that generates a maximum power output of 626 horsepower. All this power pushes this 2-ton Mercedes monster to 60mph in 3.6 seconds, topping out at 208mph. 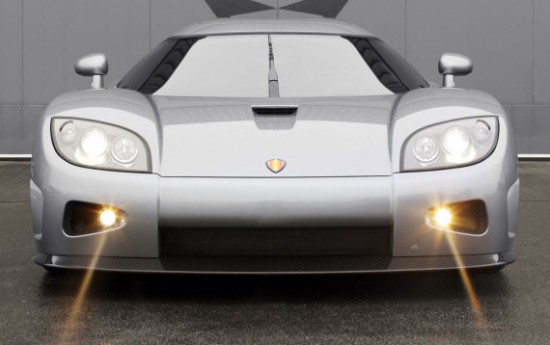 By the time you pronounce the name Koenigsegg phonetically, this supercar is already at 60mph. The Swedish born Koenigsegg CCX is amongst the fastest street legal cars on the road, this one can hit 60mph in 3.2 seconds. It is powered by a 4.7L V8 engine with two centrifugal superchargers that help push this baby to 806 horsepower. If you’re in the market, we suggest the CCXR version– which is built to run on biofuels, which by nature gives this Swedish beauty a 25% increase in power… 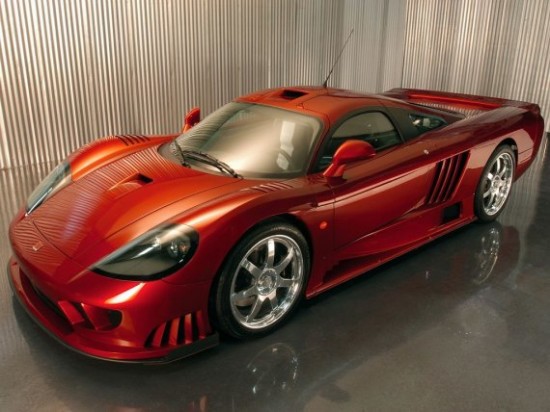 One of two true American sports car on this list, the Saleen S7 Twin Turbo earns its place the old fashioned way– with balls-to-the-wall power. The S7 Twin Turbo is powered by a stunning 750 horsepower V8 engine with twin turbochargers. That muscle takes this California beauty to 60mph in 3.2 seconds, but it accelerates further by hitting 200mph in just 27 seconds. Rewind to the beginning of this paragraph and read it again– and the Saleen S7 Twin Turbo has passed 200mph from a standing start.

It may not be the most recognizable name on this list, but it should be– the SSC Ultimate Aero was up until recently the fastest production car on the planet. Like the S7 Twin Turbo above, this one is manufactured in America by Shelby Supercars (SSC). The Ultimate Aero used to hold the speed record at 256.15mph but was recently topped by the Bugatti Veyron Super Sport. The Ultimate Aero kicks out 1,183 horses from it’s 6.35L twin-turbo V8. 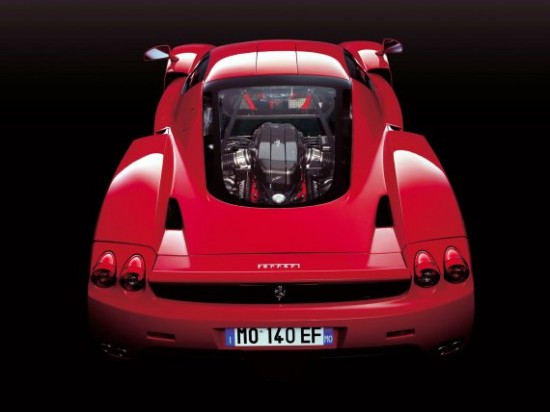 What’s a top car list without a Ferrari? The Enzo Ferrari has rightfully earned its place among the world’s most expensive cars with one of the brand’s most powerful cars of all time. The Enzo, named after Ferrari’s founder, is a 12-cylinder mid-engine street beast that uses F1 technology for body construction, sequential transmission and braking. The result is a supercar that can accelerate to 60mph in 3.14 seconds toward a top speed of 220mph. Only 400 of the Enzo Ferrari were produced, and it isn’t likely any of its current owners would be foolish enough to let one of these go. But then again, these are tough economic times… 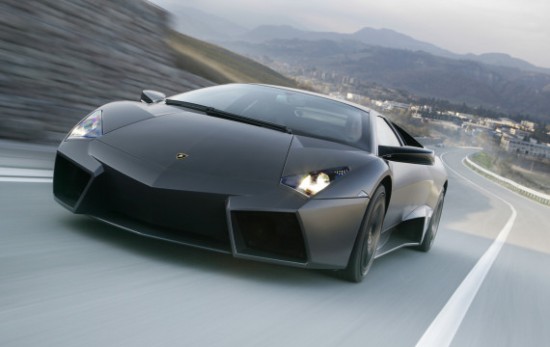 Lamborghini’s lone entry to the most expensive cars in the world is none other than the Reventon. The Lamborghini Reventon is a limited-edition, mid-engine sports car that only 20 of the world’s richest racing fans can afford. This V12 street bullet has 650 horses under its hood, enough to push the Reventon to 60mph in 3.4 seconds with a top speed of 210mph. If you ever see one of these 20-of-a-kind Lambo’s on the street, consider it a once-in-a-lifetime moment. 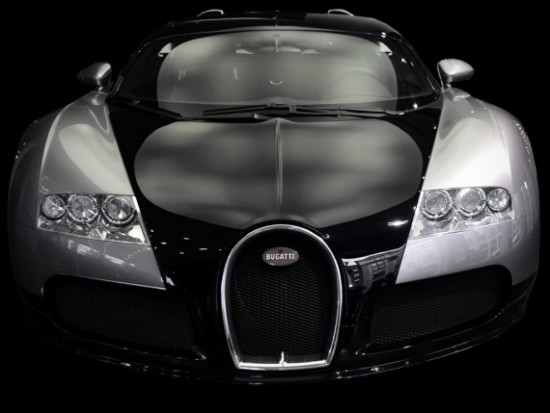 In years past, the Bugatti Veyron would have been the world’s most expensive car, until it was unseated this year by the next model on our list. That’s not to lessen the importance of the Veyron– this is a dream car to best all dream cars. The Veyron is powered by a 987 horsepower W16 engine that achieves a top speed of 253mph. Getting there, the Veyron can hit 60mph in a stunning 2.46 seconds. It has muscle like very few others, fused with a signature style that is unique to the Bugatti brand. Even though the Veyron is sitting at number 2 on the most expensive supercar list it currently sits at number on 1 as the most fastest production car on the planet. A special Super Sport version of the car was recorded to hit 267 mph. 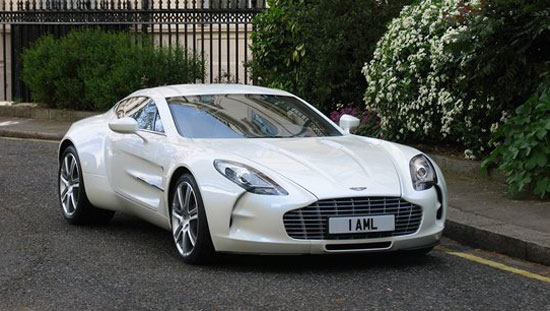 The new king of the world’s most expensive autos wears the Aston Martin logo. The Aston Martin One 77, is being sold for 1,000,000 British Pounds Sterling, which converts roughly to $1.5 Million USD. Only 77 of the One 77 will be produced– and all 77 are already sold. This V12-powered Aston is a true supercar, exceeding 60mph in 3.5 seconds on its way to a 200+ top speed. If you’re one of the lucky 77 to get your hands on one of these machines, we’d love the generous offer of a test drive. Who wouldn’t?

So thats our list of the top ten most expensive super cars. Most of us can only dream of owning such high performance cars but if you had a choice, which would you love to own?