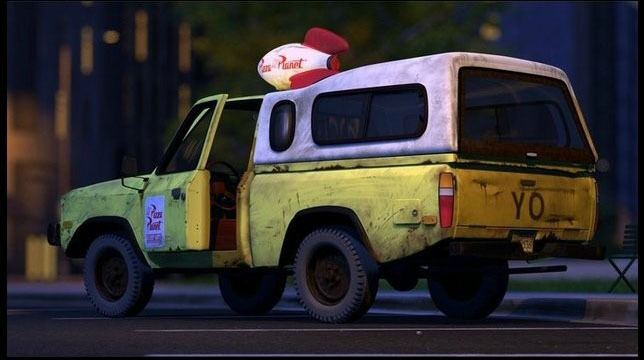 I have three kids and have watched so many pixar movies but I never noticed until now that the same yellow Pizza planet delivery truck makes an appearance in nearly all of Disney’s pixar cartoons.

I knew that this yellow and white truck was in Toy Story 1, 2 and 3 but had no idea that it was also in Cars, Cars 2, Wall-e and many more Disney movies. Check out the image below to see for yourself.