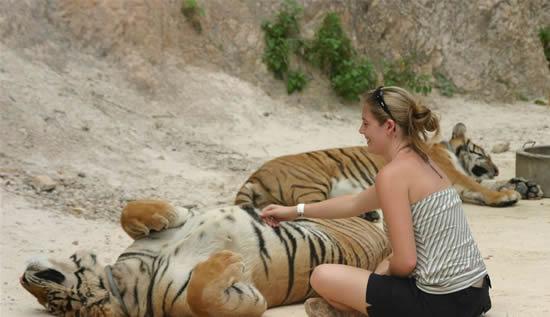 Here is a wonderful place for Thailand traveling where you can get close and pet the amazing tigers in the beautiful surrounds of Tiger Temple!

A place where tourists can pet tigers just like they do their cats, here’s something you don’t see every day. 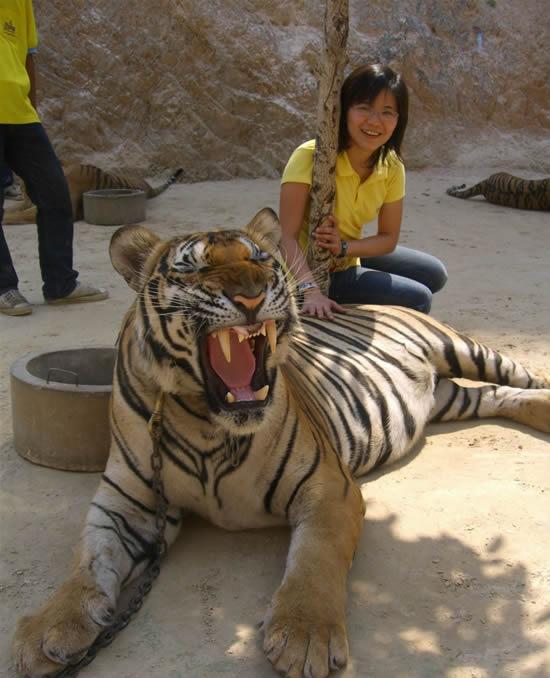 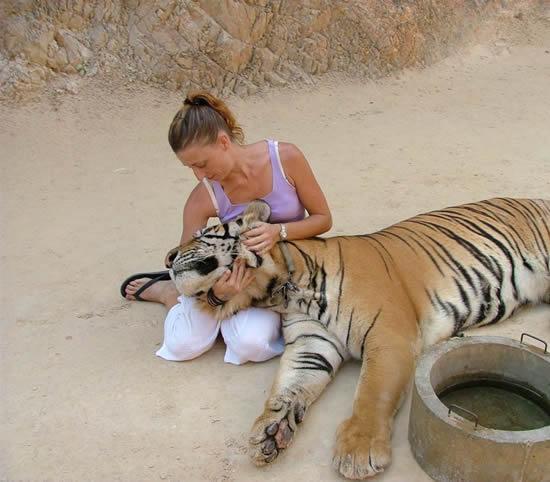 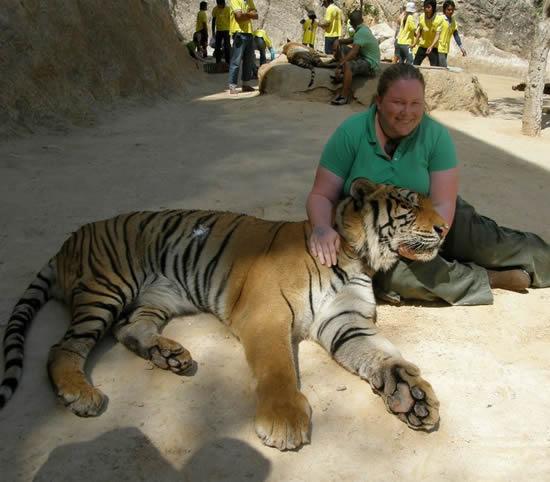 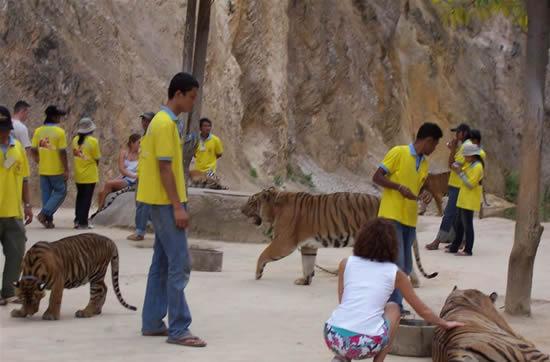 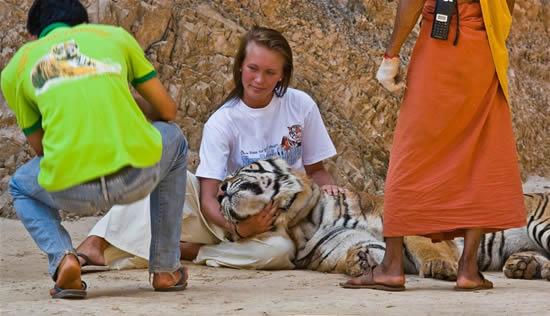 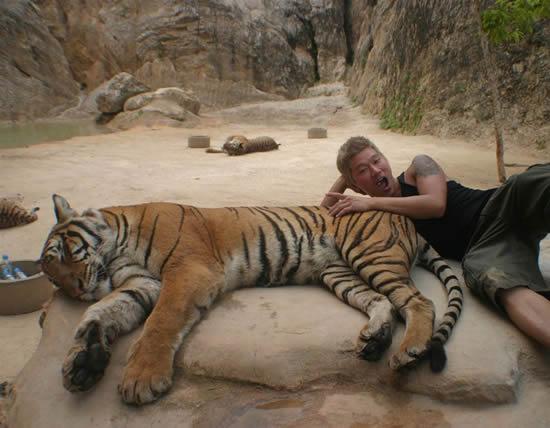 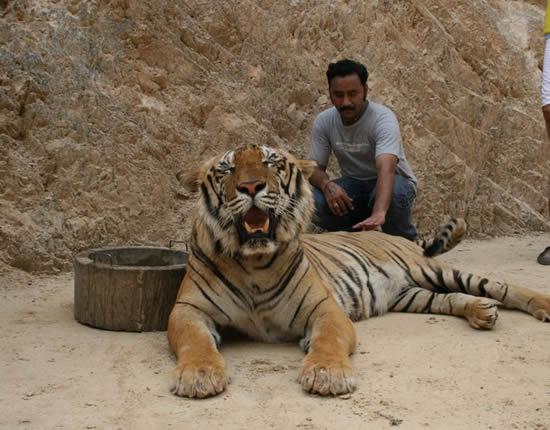 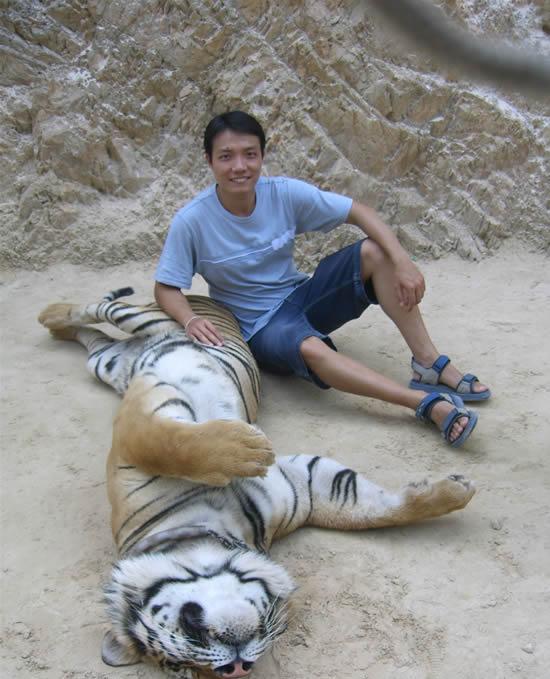 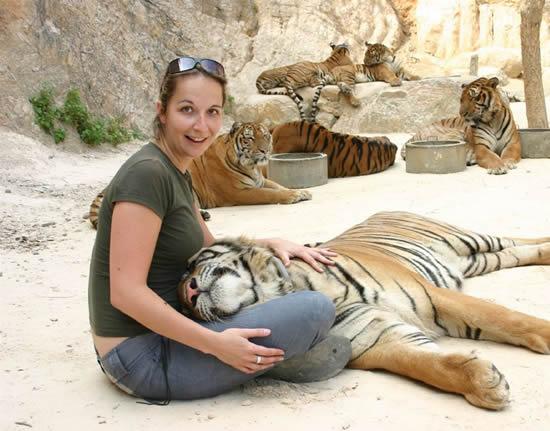 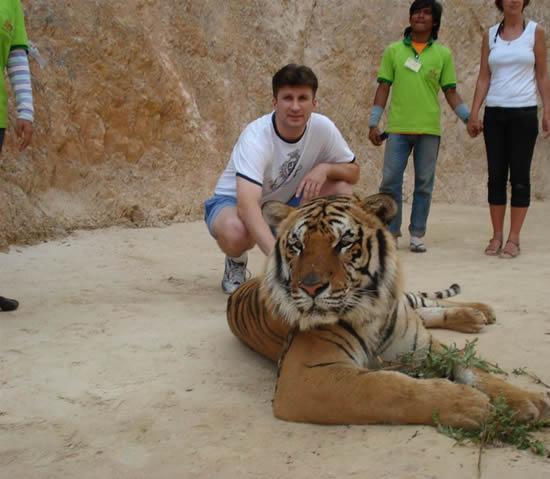 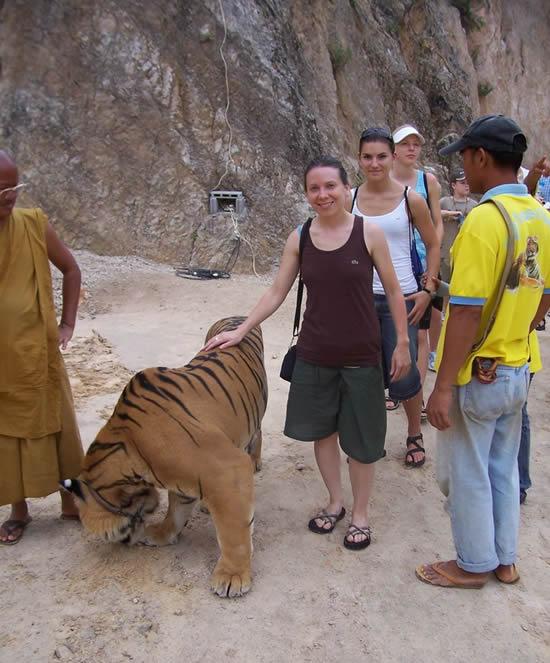 The Tiger Temple, or Wat Pha Luang Ta Bua is Theravada Buddhist forest temple, in Thailand. It has been a sanctuary for many endangered animals for quite some time now, including several tigers. It was founded in 1994 as a forest monastery, where animals could find sanctuary and in 1999 they received their first tiger cub, which died soon after. But they kept receiving tiger cubs from the villagers who probably encountered them wondering through the forest after their mothers were killed by poachers.

The Tiger Temple has raised money over the years and can now accommodate 12 mature tigers and 4 cubs. they live in cages and once a day they are taken to a nearby quarry, where they can roam freely. Tourists may watch from 10 meters distance and sometimes they are allowed to pet these magnificent creatures. Only one serious attack took place in the history of the temple.

The priests at the Tiger Temple are now gathering funds to build a larger facility and create an almost natural environment for the animals, so they can one day be let out into the wild where they belong.